Bring down the house 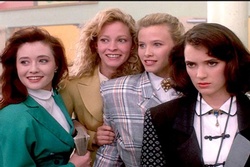 Durango Theatreworks, sponsored by Fort Lewis College, plans to produce shows at various on-campus venues, including the Community Concert Hall and the outdoor amphitheater. The troupe will also host pop-up entertainment throughout the city of Durango.

“Even though the company is sponsored by the college and will provide educational and professional opportunities for its students, all auditions, technical positions and internships will be open to performers and technical theatre artists in and outside of the region,” Fort Lewis College said in a statement.

For its inaugural season, Durango Theatreworks will present three productions:

• “Jesus Christ Superstar” (or “The Sound of Music” depending on performance rights availability) June 4 & 5 at the Community Concert Hall.

• Reduced Shakespeare Under the Stars, “Much Ado About Nothing,” June 24-26 & July 1-3 at the Fort Lewis College Amphitheater.

In addition, this Saturday and Sunday, Durango Theatreworks will hold open auditions for anyone interested in performing, ages 8 and up. Michael McKelvey, an FLC faculty member who is heading the troupe, said for the musicals, people will be asked to sing a certain amount of material. For those interested in the Shakespeare play, people are asked to perform a one- to two-minute monologue.

“I’m very excited about it,” McKelvey said. “The only problem now is getting the word out, but people are responding. So far we’ve had good interest but we’re hoping that increases.”