According to Adventure Journal, health researchers at BYU found mountain bikers experienced nearly identical heart rates on e-bikes as they did on 100 percent human-powered steeds. The study looked at 33 mountain bikers ages 18- 65, fitted with heart rate monitors and tracked on Strava. Riders chose either an e-bike or a conventional mtb and rode a 6-mile loop, including 700-foot elevation gain and one “particularly demanding” milelong climb with a five percent grade. Upon finishing, riders rested then hopped on whatever bike they didn’t ride the first round. When the dust settled and the Strava was Strava-ed, researchers found cyclists’ heart rates averaged 145 bpm (beats per minute) on the e-bikes, only slightly less than the 155 bpm on regular mtbs. Both of those numbers are considered to be in the “vigorous” zone for intensity.

Of course, this vigorousness lasts for much shorter on an e-bike, with riders averaging 4 mph faster and finishing the course 12 minutes sooner.

“Many of us have these perceived barriers about exercise, that it is hard and painful,” study author Cougar Hall (who incidentally has one of the best names we’ve ever heard), said. “This study could be a critical catalyst for populations who struggle to exercise. The participants got cardiovascular results, but didn’t really feel like they were working out.”

This study confirms what previous studies have found: e-bikes provide benefits on par with conventional bikes partially because they encourage more riding. European researchers found e-bikers rode further and more often than conventional bikers. No word on whether their old-school friends still heckle them at the trailhead. 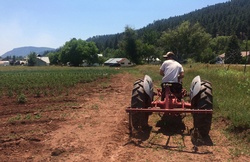 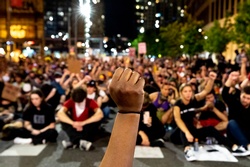