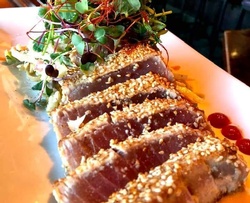 Durango – and the West Slope in general – often gets overlooked by its Front Range brethren (hey, in some ways, isn’t that good?), but it appears our little town is making a splash in the restaurant scene.

Recently, four Durango restaurateurs were recognized by the Colorado Restaurant Association, a trade organization for the state’s food service industry based in Denver. As part of CRA’s 2021 Industry Spotlight Awards, David Cuntz, of The Roost, won Chef of the Year; and Blaine Bailey, of the nonprofit In the Weeds, was recognized as an Outstanding Philanthropist.

“The Colorado Restaurant Association is proud to honor an incredible group of restaurant workers at all levels and industry partners for their inspiring commitment to Colorado's restaurant community,” the CRA said in a statement.

Attempts to reach The Roost were unsuccessful this week. Cuntz, more commonly known as “Chef Dave,” had worked at the Strater Hotel and most recently was in charge of the kitchen at Carver Brewing Co. from 2012-20 until he was laid off because of the COVID-19 pandemic. With the chance to hire one of the best chefs around, The Roost hired Cuntz, who is also known for his volunteer work at Manna Soup Kitchen and SASO.

Bailey and other service workers started In the Weeds in 2019 to help restaurant workers deal with the stress and struggles of the job. But their mission became ever more important and heightened with the onset of the pandemic, which caused many restaurants to close and workers to be laid off.

“It’s just very bittersweet (winning the award) because I wish there wasn’t this big of a need for us,” Bailey said. “But I’m also glad that we’re here because the people we serve are hurting right now.”

With the pandemic somewhat in the rearview mirror (knock on wood), In the Weeds will continue to offer support groups, outdoor activities, social events like book clubs and individual support. And, the nonprofit helps restaurants improve their workplace culture.

“We’re there to support those positive changes happening within the industry,” Bailey said.

From dishwasher to owner, Lowe was recognized for supporting local culinary artisans and growers at the Ore House, as well as practicing sustainable and zero-waste practices. He has also helped start food programs at Durango High School and helped feed frontline workers delivering to-go meals to local hospitals during the pandemic.

Woodruff, who is President of CRA’s Durango chapter, was lauded for his contribution to helping the town’s restaurants navigate the pandemic, including serving as a liaison between issues at the state level and organizing vaccine clinics for industry workers.

And hey, all these guys provide us healthy and delicious meals, as well as copious amounts of alcohol. Surely there’s an award for that? 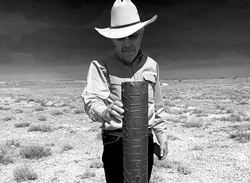 In northwest New Mexico, hundreds of wells are in limbo

Land swap approved in Southwest Colorado, but not without detractors

Salamander Fest is a new, three-day music and arts festival that’s scheduled to kick off July 15