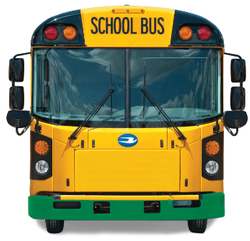 The grant was funded through the Regional Air Quality Council, which aims to improve Colorado’s air quality by replacing pre-2009 fleet vehicles with electric and renewable natural gas vehicles. LPEA will contribute an additional $120,000 for charging infrastructure and bus costs.

Beyond the environmental benefits, the ebus will bring health benefits as well. Roughly 95 percent of America’s school buses run on diesel, which emits pollution linked to asthma, respiratory illness and cancer.

The bus will also be the first vehicle-to-grid installation in LPEA’s territory. Also known as bi-directional charging, this will allow the bus to charge during less-expensive off-peak hours. It will also allow LPEA to pull electricity from the vehicle onto the grid during peak times.