Here to pump you up 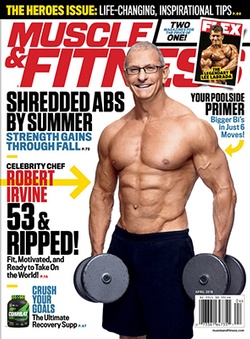 Need a makeover for the front and back of house? Food Network is currently looking for Colorado restaurants interested in appearing in its reality series “Restaurant: Impossible,” hosted by Chef Robert Irvine. Now in its 19th season, the show is premised on Irvine revamping restaurants to restore them to prominence and profitability in just two days with a budget of $10,000.

Not to be confused with the hotheaded John Taffer, of “Bar Rescue,” Irvine is known as the possible overly “swol” British bloke, who is a body builder on the side (see photo) and does much less yelling. He has appeared on a variety of Food Network programs including, “Dinner: Impossible,” “Worst Cooks in America,” “Guy's Grocery Games” and “Chopped: Impossible.” He currently operates two restaurants, the Public House in Las Vegas, and Fresh Kitchen, located within The Pentagon. Irvine was also host of “The Robert Irvine Show” talk show, from 2016-18.

Filming for “Restaurant: Impossible” is set to take place this summer. To apply and air your dirty kitchen laundry, go to: restaurantimpossibleshort application.castingcrane.com.