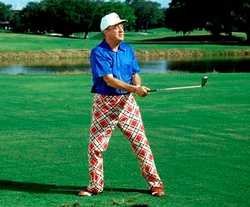 Ed Mate, executive director of the Colorado Golf Association, which compiles an annual survey of public course operators, said prior to this year, the state averaged about 1.5 million-1.7 million rounds played. But for 2020, that number is about to rise, by a lot.

“I wouldn’t be surprised if we break the 2-million round barrier,” Mate said, adding that like a lot of unlikely industries, golf happened to land in the “winners” category during the pandemic.  “We didn’t launch some great new marketing idea or treat people differently when they showed up … We were just the lucky recipients of a cultural paradigm.

The golf boon is explained by coronavirus-weary residents finding outdoor refuge in a socially distanced activity shared among friends. Golf courses have complied with restrictions by offering single-rider carts, restricting the removal of pins from holes, and clubhouses that mandate masks.

“It’s sort of replaced date night for us at restaurants,” 36-year-old Littleton resident and occasional golfer Quinn Botkins told the Post. Botkins, who said he might have played golf once or twice a year in the past, estimates he’s gotten in at least 20 rounds this summer and fall. His wife also began playing for the first time.

“It’s super hard, but it’s also really rewarding when you actually string a couple of good shots together,” he said explaining the allure of the oft-frustrating and curse-word inducing sport. “You just kind of forget what’s going on in the world.”

And if the difficulty in finding tee times is any indication, Durangoans are also getting their Tiger, Phil and Rory on in unprecedented numbers. Botkins said he’s lucky – a friend books tee times, often staying up until midnight to catch a time. “Even then it can be difficult. The popularity has gone through the roof,” he said.

The challenge moving forward for Colorado golf operators is capitalizing on the current craze with sustained growth once the pandemic is over. A new generation of golfers is being exposed to the game at a record pace.

“I’ve been in the golf business now for 30 years and I’ve never seen anything like it,” Mate said. “It’s been a perfect storm.”