Rockin' at the free box

Neil Young is getting the band back together. Or rather, he already did.

Young recently brought his legendary backup band Crazy Horse to his sometimes home in Telluride for the recording of a new album. “Colorado,” which is expected to drop any day and streaming on Young’s website (neilyoungarchives .com), was recorded near Telluride last April.

“We believe we have a great Crazy Horse album, one to stand alongside ‘Everybody Knows this is Nowhere,’ ‘Rust Never Sleeps,’ ‘Sleeps With Angels,’ ‘Psychedelic Pill’ and all the others,” Young wrote on his online news page, NYA Times-Contrarian.

To make the album, Young, 73, summoned to the box canyon former bandmates bassist Billy Talbot, 75; drummer Ralph Molina, 74; and multi-instrumentalist, Nils Lofgren, the young whippersnapper of the group at 68.

Lofgren and wife, Amy, took the roadtrip to Telluride from Scottsdale, he told the Colorado Sun. As a welcoming gift, each band member received oxygen tanks in their hotel rooms. “Neil wanted us there a few days early to acclimate,” Lofgren told the Sun. “I used oxygen every day.”

Apparently, the oxygen worked, and the band’s still crazy for each other after all these years.

“Whatever label this brand-new Crazy Horse album is on, it will be a proud moment for all involved, something we were not sure we would get to do,” Young wrote on his site. “We did it though, and it rocks! I am so thankful.”

The album features 11 new songs, ranging from an uncharacteristically brief three minutes to a more Cowgirl-esque14 minutes. And, of course, it sounds best when played on a Pono Player. But if you didn’t happen to snatch one up when the getting was good, we’re sure vinyl will suffice just fine. 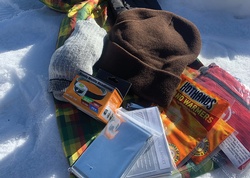 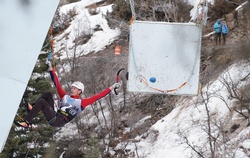 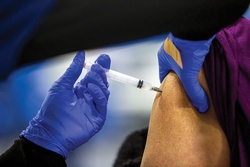 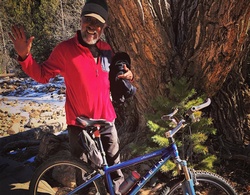 Friends, family remember the life and times of a reluctant legend

A ride or hike might seem like a good idea during the current nonwinter. But before you head out, be forewarned that even though it feels like summer, winter wildlife closures went into effect Dec. 1 on some Durango outdoor playgrounds. The closures, which remain in place through April 15 to protect wintering deer and elk, include: