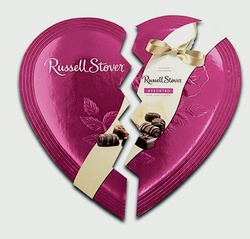 On Tuesday, chocolate-maker Russell Stover announced it will be shuttering its Montrose plant next year. The company has operated in the West Slope community of about 20,000 for 40 years and employs around 400 people, including part-time and seasonal employees.

"Making that decision is probably one of the hardest business decisions we've had to make. So there's a sense of loss, and we feel that," company spokesman Robbie Vorhaus told Colorado Public Radio News.

The Montrose plant is slated to close in the spring of 2021, and Vorhaus said employees will be given the option to transfer to the company's expanded facilities in Kansas and Texas. Those who don't transfer or retire will be offered severance packages.

The closure is likely to be a blow to the economy of Montrose County, which has a population of around 42,000. The company is listed as a “primary employer” by the Montrose Economic Development Corporation.

In addition to the Montrose facility, Russell Stover will close two distribution centers, in Tennessee and Missouri, and close some of its storefronts around the country in the coming year.

The company was founded in Denver almost 100 years ago, although the headquarters moved to Kansas City shortly after. It was purchased in 2014 by Swiss chocolate-maker Lindt, and this move comes as the companies continue to streamline operations, according to a press release.