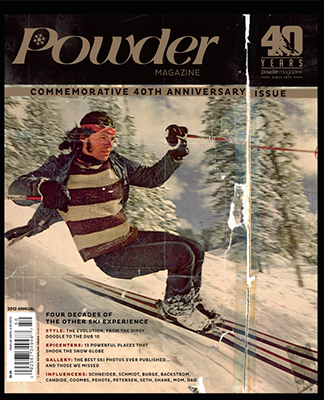 Last week, A360 Media, aka American Media which owns Bike, Powder, Snowboarder and Surfer, gave walking papers to staff at Bike and Surfer. Staffs of the snow titles were told they could stay on until November. Powder will print its remaining 2020 issues, with the photo annual dropping in mid-November and the gear guide being released later. Snowboarder will also print its remaining issues and maintain a website and social media presence. Curiously enough, A360 will continue to publish its flagship but highly insipid, Men’s Journal.

“Today is a tremendously sad day for fans of high-quality enthusiast publications,” Steve Casimiro wrote on Adventure Journal’s website. Casimiro worked as editor at Powder for 12 years before moving on and eventually launching AJ.

Over the years, the iconic titles have changed hands more times than skiers change long underwear, but Casimiro, who was editor from 1987-99 (arguably ski bumming’s heyday), fondly reminisced about the glory years, including colorful former owner Bud Fabian, and many a hazy, late-night debaucheries and office shenanigans.

Casimiro went on to rail against corporate media, reserving special vitriol for Men’s Journal. “What’s left is too often … junk shows like Men’s Journal,” Casimiro wrote, calling it “a firehose of pandering listicles, lowest-common denominator pap, and nakedly commercial gear roundups designed to get you to click on affiliate links.”

He also took a stab at the internet for producing a “bottomless soupbowl of ‘content,’” which can never replace the “special magic” that happens when passionate, talented editors, writers and photographers pour their hearts and souls into telling stories. “These titles did more than just fill their pages with stoke, they conveyed philosophies … they showed that adventure could be more than just recreation, that it could be the path to lives better lived,” he waxed.

Casimiro concluded his homily by imploring readers to do their part in raging against “uninspired, formulaic” editorial. “Nothing is free,” he wrote. “We publishers need to give you an awesome product, but if we do, you need to step up and pay for it. And by ‘pay for it’ I don’t mean with clicks or likes, I mean by subscribing. It’s too late for Bike, Powder, Snowboarder and Surfer, but there are numerous independent publications that could use your support.” 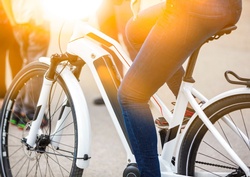 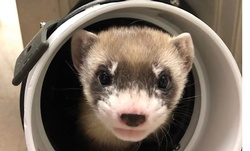