America’s richest family is getting into the mountain biking biz. Walmart heirs Sam and Ben Walton – both avid riders – are breaking ground on a new bike park in Pitkin County. The 4.7-mile trail network will be built upon a former coal mining site near the hamlet of Redstone.

Sam and Ben Walton are grandsons of Sam Walton, the patriarch of the Walmart empire. Perhaps unsurprisingly, both have homes in Aspen.

Of course, as with most things Walmart, the plan is not without controversy. A local citizens group, the Crystal River Caucus, is fighting the development saying it will bring a “flood of mechanized recreation” – not to mention Spandex – into the surrounding national forest. The group has also taken a hard stance against the proposed 83-mile Carbondale-to-Crested Butte trail.

And while the “Walmart bike” has been a long-running joke in cycling circles (plenty of online daredevils have taken the bargain rigs down harrowing descents with varying results), the Waltons are serious about biking. Tom and Steuart Walton, cousins of Sam and Ben, built 163 miles of trails near the company’s HQ in Bentonville, Ark. The Waltons also own a majority in cycling apparel company Rapha as well as bike company Viathon. However, with “low-end” models costing around $2,000, you probably won’t be seeing these babies at the local supercenter anytime soon.

No word on whether the new trails will be called “Wally World” or not. 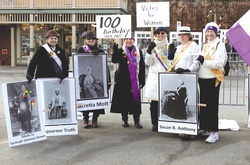 All they wanted was a ballot. A century ago, women marched in towns and cities across the nation – many risking everything – just to have a voice and a vote. 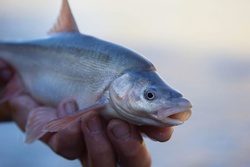 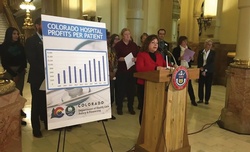 High prices at hospitals are driving up the cost of health care more dramatically in Colorado than elsewhere in the United States, according to a recent state report.

Bernie gets high
02/13/2020
Want to feel and see the Bern? Jump in the car and head to the Mile High City this weekend,
where the Vermont senator will be paying a visit.

Hot moves
02/13/2020
This Valentine’s Day green is the new sexy, so why not impress that special
someone by showing your more environmentally sensitive side?

The Bluebird is about to take flight. Billing itself as the world’s first “human-powered” ski area, Bluebird Backcountry plans to fire up the, uh, climbing skins Sat., Feb. 15.

Love to rip the ’roy or carve the cord before most folks have even pulled out of town? Well, if you’re a Purg season pass holder, you’re in luck.