A decade in Durango
Reflections on 10 years of climbing, socially, and professionally 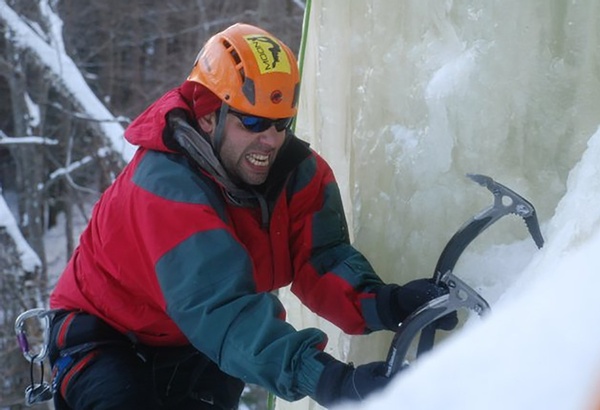 Ten years ago, I moved to Durango with a dollar and a dream; in the midst of an economic recession. It was perhaps the best decision I’ve ever made. Of course, it took years to see that.

These days I guess I’m similar to anyone else who has lived here for 10 years. If you go out to the grocery store, or walk the trails or streets of town, you’re bound to run into someone you know. Although these days it’s easier to hide behind a mask, I love the feeling of knowing I am a part of a community.

Being a writer for the Telegraph for the last 10 years has given me a really interesting way to engage with this community. As the years have gone by, more and more people get to know my writing before they get to know me. It’s an honor to play this role in a community where I plan to spend the rest of my days.

I thought about reminiscing about all the stories I’ve written and events I’ve covered, but instead I just want to write about one story. It was my very first assignment for the Telegraph, almost exactly 10 years ago to the date: the “Gimps on Ice” climbing event, which was held in Ouray.

As I noted, I moved here near the end of the last recession, and the fact that I was unemployed constantly hovered over my head. I was getting by on house sitting and meager unemployment benefits. I am usually a confident person in my decisions, but I was constantly questioning my decision to move to a town where I had no roots, didn’t have many connections, and really didn’t know anything about.

I rolled up to Ouray that early March weekend for my first ever Telegraph assignment. Right as I pulled into town, I noticed there was a helicopter hauling an injured climber out of the Ouray Ice Park. I thought it was an ominous start to the weekend.

That morning, the entire event crew met. Organized by Paradox Sports, “Gimps on Ice” consisted of disabled climbers, their supporters and guides to assist with the ice climbing. When I voiced my concern about the accident the previous evening, someone joked, “well, it looks like we will have another member of Paradox Sports.”

That comment was not callous, but rather it was indicative of the spirit of this group. Despite losing a limb, or coming back damaged from war, these climbers knew how to keep calm and carry on; even cracking jokes along the way.

That morning, I met two people who continue to be good friends to this day: Stacy Bare and Mike Reddy. Stacy is an Iraq war veteran who might seem intimidating at first. He’s a big, bald dude who towered over me as he picked up a copy of The Climbing Zine, my publication, which I was showing him. Out loud he read these words that I’d written in the introduction of our very first issue: “without climbing I’d be dead or in jail.”

He gave me an intense look and told me the same was true for him. It was the first time I’ve instantly become friends with someone over a single sentence. Over the years, I’ve followed Stacy’s work, including his “Adventure Not War” program. Through that, he’s climbed in Angola with Alex Honnold and skied off the biggest peak in Iraq. Yes, that’s right: there’s mountains one can ski in Iraq. And yes, he knows Honnold, the star of the palm sweat-inducing “Free Solo.”

These days, Bare works for the Air Force in Salt Lake City, where he lives with his wife and daughter. He’s one of those people I consider a dear friend, even though we see each other only once a year, max. Later this year, I’m going to be launching the “Climbing Zine State of Mind” podcast, and Stacy will be my first guest. He’s also written a brilliant piece for The Climbing Zine Book, called “Climbing Past War.”

At the 2011 event, I also met Mike Reddy, who had taken a near-fatal fall on Mount Sneffels the year before, which left him badly injured, including a spinal cord injury. At the time, he could barely walk, but he was determined to ice climb. Later, I would find out that, in addition to his recovery, he was completing a PhD in microbial diseases at Yale University. Mike was like so many of the participants, badly injured but determined to climb. He also wrote a piece that is published in The Climbing Zine Book called, “The Long Way Back.”

That weekend was one of the most memorable of my life, and still to this date my favorite Telegraph assignment. By day we climbed ice, and by night we partied at one of the small breweries in town. I also met Timmy O’Neill, probably the most entertaining human being I’ve ever come in contact with. He is a co-founder of Paradox Sports, and his brother Sean is a paraplegic climber. Timmy is one of those people who can bring together people in a very special way. By the end of the first full day, he put a microphone in my hand and the next thing I knew, I was freestyling with the makeshift band that rocked that small brewery until closing time.

I could go on and on about that weekend. It gave me so much hope, perspective and insight at a time when I badly needed it. If these people could recover from losing limbs, or the use of those limbs, surely I could get my head up and put work in for better days.

Alas, I’m running out of words. I guess the final thing I’d like to say is a big thanks to Missy, Lainie and the rest of the people who have worked for the Telegraph over the years. I am also grateful for all the advertisers who have stayed with the paper, especially in this last year. When I launch the second season of my “Dirtbag State of Mind” podcast later this spring, I’ll be buying my first ads in this paper.

My life is Durango has been so much more engaging because I get to write for this paper. I sure hope I get to do it for at least another 10 years.