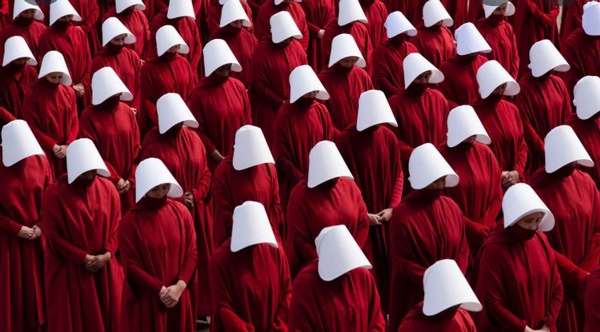 I may well be a straight, white, landholding American citizen on the Martian side of the gender divide, but I am too young to remember the days when that really meant something. On paper, I mean. Because nowadays, legally if not culturally or practically or actually, everyone else is afforded almost all the same rights and opportunities and protections as I am. And that piece of paper matters to my definition of self. I’m like the Roger Staubach autograph I had as a kid: I lacked a Certificate of Authenticity verifying that I did not, in fact, write “Roger Staubach” myself on a plastic promotional giveaway football, which meant I could not even trade that football for pogs.

Right now, I wish I had that Certificate of Authenticity to prove myself worthy of more. I also wish I could upgrade to the edition that adds “rich” to the list of white, and straight, and American, and male, and in possession of some dirt. Because with the repeal of Roe v. Wade, I have just been disenfranchised for the first time, simply for being broke enough not to afford to fly my mistresses far, far away, should this great state decide to ban abortions.

Can you imagine the horn-rimmed horror of my fellow pale Americans in the days of yore, upon learning that I could lose my rights and, worse, be lumped together with women – by the Supreme Court, no less? Sure, the Founding Fathers never included the Birthing Mothers in the Constitution – the Certificate of Authenticity for the entire nation – so I can understand how five or six justices reasonably concluded that women are essentially Russian nesting dolls with breasts.

But what about MY right to womanize without repercussion? If a Justice of the Supreme Court cannot be expected to overcome his innate manly need to act like a Real Man when in the presence of women, how can the Court expect anything different from me? People like me have NEVER faced repercussions for our actions! That’s what made this country so stinkin’ great!

When Roe v. Wade was first decided, it made no difference, really, to pasty heterosexual, soil-claiming American dudes (or, frankly, to pasty homosexual ones, either). Why should we care if a woman decided to turn a fetus into a baby? No one could ever pin it on us. Paternity tests were presumably not very good in the days of yore, so a man held no responsibility for any nesting doll besides his wife. By the time a supposed son of mine could actually look enough like me to claim relation, I would be exempt from paying child support due to death from unfiltered cigarettes.

Probably not once in that 78-page decision, nor in the 30-page appendix, does old Justice Whassisname reference advances in DNA testing that make me, in the absence of an abortion clinic, liable for child support from birth. (Not BEFORE birth, thank heavens – I was afraid that would kick in, along with life, at ejaculation. At least we hold off on citizenship.) If I were a CEO and/or a United States Senator, I could just fly my flings and concubines to Canada or Colombia or someplace else where women get treated like regular people. This would be no problem, even if this state ended up banning abortions, because I could afford to be above the law.

But I cannot afford that. Have you seen fuel prices lately? A plane ticket for one costs more than child support. (Presuming women can even still fly unaccompanied – it’s possible that right got revoked as well.) I shouldn’t have to father a child simply because I can’t afford to make the whole situation go away.

Things were better for us men when we let women make decisions on things we really don’t like to hear about anyway. And let’s be real: we don’t like to hear about a lot of things. So I can’t tolerate this new world order. Plus, if this decision is allowed to take root unchallenged, there’s no telling what will come next to undercut the woman-loving, Casper-colored, ground-owning American male. We could lose the right not to be fools by wrapping our tools. We could lose the right to marry anyone we want, given certain age and species requirements. We could lose out on guiltily watching “Ru Paul’s Drag Race,” and we could lose out on the porn we hastily flip over to, so our friends don’t catch us watching “Ru Paul’s Drag Race.”

Everything in this country is all about the men. Always has been, and The One True God willing always will be. Yet no one is talking about what WE lost this week. We’ll see how long that lasts, once we men start losing out on willing partners.