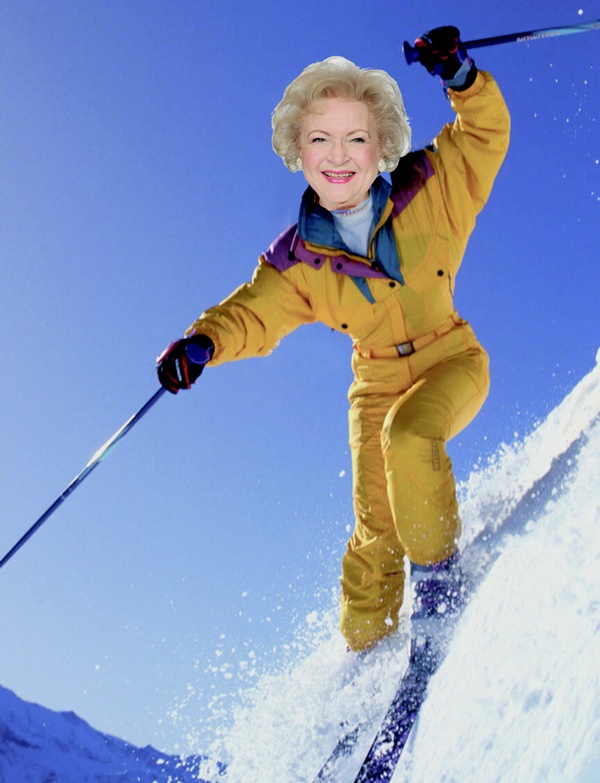 If there’s one thing I’ve tried to instill in my children – other than to always replace the empty toilet paper roll – it’s independence. Especially when it comes to the “s” word: skiing.

Which is why on a recent kids hockey trip to Gunnison – the fourth of the season requiring more than a five-hour drive and one that entailed hellish road conditions – I allowed my daughter to exercise some of her god-given freedoms.

While she was about to play the first game of the weekend, I gently broke the news. I would be excusing myself from parental bleacher-sitting duties to ski some fresh pow up the road at Crested Butte.

Before you get all Judge Judy on me, bear in mind she is 16 going on 35, and the rink is right across the street from the hotel. She’s got her own debit card, and at her age, I’m about as cool to hang around as the plague.

Plus, I had some days to burn on my Epic Pass. Yep – I’m one of them. A contributor to the monolithic corporate Disney scourge of skidom that is eating away at the very soul of the sport as we know it. But I got a good deal, and in my defense, I was a few glasses of wine in when I hit the “buy now” button last summer.

So, I dropped the kid off at the rink and only half-jokingly told her not to get a concussion (OK, not mom of the year material, but we already established that). Then, like Han Solo in the Millennium Falcon, I flew up the Gunny Valley on a classic bluebird day. I parked at the pay lot, because that’s what Epic Pass sheeple do, and in minutes was riding the Silver Queen in search of hidden treasure.

After an obligatory frontside warm up to sample the goods – creamy with a slight crunch underneath – I decided to check out the Banana Peel, an old family favorite. Usually not skiable so early in the season, intel from chairlift partners assured me it was good to go after a nuking storm cycle over the holidays.

“We called it the Betty White storm. You know why?” a local proudly told me without giving me the chance to answer. “We hit 99 inches; didn’t quite make it to 100.”

I had to hand it to the Buttians (Buttites?) for their cleverness, especially at 9,000 feet. And with that, I went off to sample Betty White’s remains – the storm, not the person.

After taking the high traverse over, I gingerly picked my way through the entrance boulder field to a series of steep chutes and glades. It turned out to be some of the best untracked toe powder I’d had in a while. So good I decided to do a second lap before the afternoon sun turned my beloved noodling trees into glop.

While not necessarily the kind of name that instills fear, we all know what banana peels are good for. No, not smoking. Slipping, with cartoonishly epic proportions – which was just about to happen to me with the help of a tiny, unsuspecting wisp of a pine tree. Strategically placed in the middle of my turn, I figured I could ski over the little guy with no incident. But this was no friendly Bob Ross tree – when I hit it, it clamped down on my boot like the jaws of death. Suddenly, I was taking an unplanned, head-first slide for life into timber, especially disconcerting when skiing as an independent, but very alone, skier.

My descent hastened by the firm layer underneath, I prayed I would be able to thread the trees below and make it to the run-out zone unscathed. But, as fate would have it (I’m not saying “luck,” because I’m not sure how lucky it was), another little tree snagged me on the way down. Now, instead of pinballing through old growth, I was precariously hanging upside down, skis firmly entangled in shrapnel above.

As I hung there, like the poster girl for why you shouldn’t ski the trees alone, I breathed a sigh of relief that the freefall had come to a stop. I was also relieved there was no one around to witness the mortifying debacle. Then I realized: there was no one around. And boy, I was stuck; like Houdini-in-handcuffs-in-an-underwater-safe stuck. What I would have done for someone to happen by and pop my bindings, which obviously were set at a DIN for a water buffalo, or maybe just find my left arm, which was wallowing uselessly in Betty White’s bottomless bounty.

Suddenly I was filled with the dread that comes with knowing you are completely, utterly, hopelessly screwed. I tried to keep my wits about me and did what any calm adult would do: flailed like a rabid, caged animal to see if anything would shake loose. But it was to no avail.

As I pathetically wriggled for a solid 10 minutes, I alternated between laughing at my misfortune, cursing up at the sky and wanting to cry. Eventually, the thrashing paid off, as I was able to use my free arm, which fortunately had pole intact, to reach up and pop the binding on my top ski. The sweet click told me two of my four limbs were now freed, with my left arm still MIA and my left leg twisted in a cringey display of human origami.

By now, some dude – the only other skier I had seen in there – had shown up, mostly to spectate. I found it strange he offered no help, but figured he was probably videoing me for Jerry of the Day – which I fully deserved.

And with the kind of Herculean mom strength mustered in the face of abject humiliation and desperation, I heaved up and landed my pole on the target of my second binding. Again, a sweet click as the ski skittered down to meet its mate. I clung to the tree, my lifeline, until I could swing my feet downhill and commence the post hole of shame to retrieve my gear below.

My audience of one stuck around – possibly because he had never seen a middle-aged woman extricate herself while hanging upside down from a tree. Or maybe he just thought I was drunk. I’ll admit – it wasn’t pretty, but eventually I managed to click into my skis, clean my goggles, wipe away the snot and ski away with my last shred of dignity, the whole time, mumbling something about “that little f**ing tree.” Part of which, incidentally, was wedged under my boot buckle as a keepsake.

While my first reflex was to bend down and rip that sucker out and huck it as far as I could, for some reason I didn’t. Maybe I was too tired. Eventually, my little hanger-on grew on me. A badge of honor, a reminder to respect the harvest. Plus, it was kind of cute just stuck there, so I skied with my newfound friend for the rest of the day. Because sometimes, independence can be overrated, and it’s good to ski with a friend.