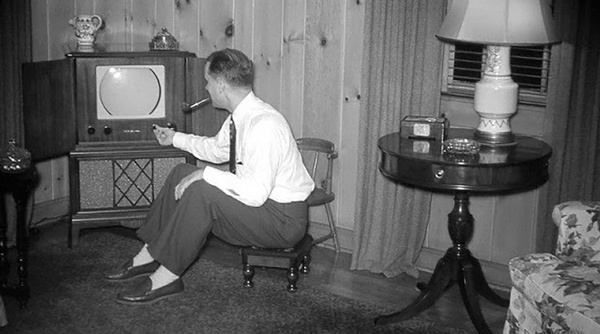 Young people just don’t read books anymore. This must be truth, because I hear it from plenty of old people who must know exactly what young people do with their spare time. They then proceed to walk away from me without buying any of the books I’m selling.

Granted, there are solid cases to be made for the decline of reading. Take me, for instance. Me getting published anywhere at all on a regular basis suggests heavily that no one reads anymore, regardless of age. Unless it’s the birds and gerbils whose cages get lined by my work. The U.S. Census Bureau does not track such things, but if they did, I suspect they would find more people light fires with my work than read any single piece from start to middle.

But I am just one man. I can produce only so much writing – as much as half a man, or perhaps a quarter. There are dozens more people like me out there, each of us struggling to craft the perfect cup of tea. Some of them are actually succeeding in writing back-cover copy for other people’s books well enough to get them banned. Banned, I tell you! And by people you KNOW don’t read.

Now I can’t articulate exactly why it is OK to start a fire with my junk published in a newspaper, but abominable to start a fire with a book. Nor can I explain why burning a book is worse than banning, because it isn’t, other than in a matter of degrees. (Most bannings, for instance, take place at room temperature.)

All I know is that if I can’t stop people from condemning books to the ol’ burn-n-ban, dammit, I want them to condemn my work, too. Because that is the SUREST way to get someone to read it. Or at least to buy it – can’t burn it if you don’t got it.

Frankly, I can’t figure out why I haven’t had more books banned, aside from the fact that I haven’t written very many. I am always game to “punch up,” as comedy experts say – to take a swing at The Man, the powers-that-be, particularly if I think they are unlikely to read it.

Take the old people who think young people don’t read anymore. I’m pretty certain they read only the Wall Street Journal and/or the CNN crawl, neither of which has picked me up for syndication (yet). I can “punch up,” because their horses are so high, and most especially because they don’t know I exist.

But I will refrain from punching anyone, old or young, up or down, because I have faith in humanity. I was recently in attendance at a party for adults, in honor of a kid’s ninth birthday. I hung out with the kid, mostly because they have Legos, but also because I made a day-long commitment when I asked what they’ve been reading.

I learned – in greater detail than the original text – about their favorite book series, which I’m pretty certain involved a kid and most definitely dragons, and the kid had bullies and also sisters (which were maybe the same people), and these other people also had dragons who weren’t allowed in the apartment complex, which was a problem, because CLEARLY you cannot keep your dragons OUTDOORS, especially on a day like THIS, and you don’t even understand how cool the main character’s clothing is, which she makes herself with the dragon’s keen fashion sense guiding her, but the other dragons don’t appreciate the chic bent to apartment D-3, so they bond together to wipe out both the main character and her dragon, and it’s possible the lines bled between the book series and the Lego village we were touring while enduring the synopsis, but you get the gist, and also I evaded conversations about the stock market, so it was a real win-win.

This is the greatest hope I have for the future. I’m pretty certain we’re all going to die in an overheated, ever-erratic climate, like that time I forgot banana bread was in the oven. But until that happens, kids and other young people will keep reading, and bookstore sales will continue to climb, so long as we have trees to make books and zealots to spike book sales by banning books. I just hope some of them are mine.