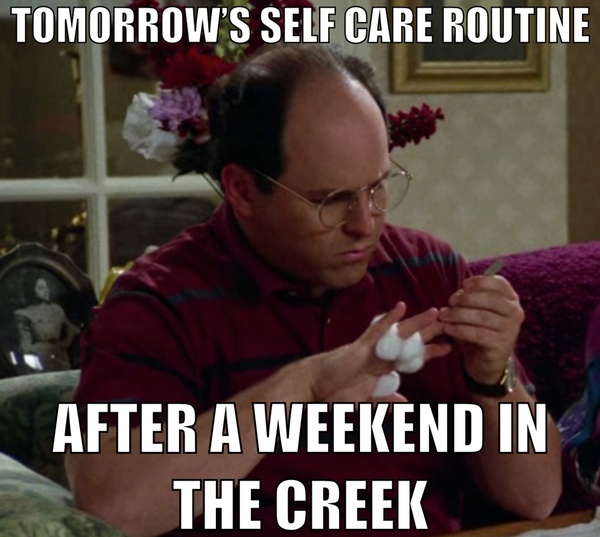 I remember the moment well, it was late in 2016, and my plane had just landed in Denver from Chicago, where I was visiting my family. I love visiting the Midwest, but there’s a certain sense of relief when I’m back in Colorado; even if it’s just at DIA. As we all do when the flight lands these days, I turned on my phone. The good news wasn’t hard to find – it was all over social media: Obama had designed Bears Ears National Monument.

Bears Ears contains a place I often refer to as My Favorite Place on Earth: the Indian Creek corridor (aka “The Creek”). Nearly every weekend in the spring and fall, I’m out there with my friends, unplugging from the madness of this modern world, living in the dirt, climbing cracks by day and (when allowed) gathering around a fire at night.

When Trump came into office, he quickly shrank the monument, which set off a flurry of lawsuits. Those lawsuits argued that the president can only use the Antiquities Act to create national monuments and parks, not to reduce them. My homie and Patagonia founder Yvon Chouinard, who filed one of the lawsuits, also famously said, “This administration is evil, and I’m not going to let evil win.”

Those lawsuits seem to move slowly through the court system, so slowly that the courts never seemed to issue an opinion. And then, last month, the Biden administration announced that they were restoring the original boundaries of Bears Ears National Monument. Again, I breathed a sigh of relief.

The anger that I felt during the time when Trump was in office was unlike anything I’ve ever experienced. Maybe it’s similar to the anger those homegrown terrorists felt when they were storming the Capitol back in January; fed lies by Trump and our own Colorado mini version of him, Lauren Boebert. But unlike those folks, I didn’t want to do anything violent and end up in jail. I just needed to channel my anger and find a cause to fight for.

I swear that hip-hop may have saved my life. Well, the combination of high energy hip-hop, plus the solace of this place we are now calling Bears Ears National Monument. For those four years when Trump was in power, my rage seemed to boil every time I read what his administration was up to. Luckily, I had “The Creek” and all the comfort that it provides through raw nature. Every time I was at my wits end, The Creek would seem to say, “this too shall pass.”

I love that about wild places. Even if humans continue on our destructive path and make ourselves extinct, these places will still stand; they will outlast us by eons. When I die, I want my dust to join the dust and dirt out there. As Robert Hunter of the Grateful Dead wrote, “like the morning sun you’ll come, and like the wind you’ll go.”

Bears Ears National Monument is especially important to me as a climber because it was the first-ever national monument or park to include climbing in the language of the proclamation. Climbers, led by the Access Fund and the American Alpine Club, have been working hard to go from an outlaw group to one that engages with the highest levels of government and tribal nations to advocate for our sport and the preservation of the environment. Climbing is my life, so how could I not be all in and support this monument?

Another unique aspect of Bears Ears is that it was the Bears Ears Intertribal Coalition that led the way in advocating for the creation of the monument. And now that the monument status has been reinstated, the group will also be involved in the management of the land, a natural and historic occurrence. Plus, current Secretary of the Interior Deb Haaland is a Native American who is in support of preservation of this land and is a descendant of the Ancestral Puebloans, who built some impressive structures when they lived on this land hundreds of years ago. (They were also the original climbers of this land, as evidenced by their moki steps and ancient yucca ropes.)

This battle for Bears Ears is surely far from over. The politics of public lands in Utah are complicated and continually contested. Though only one party seems to want to preserve the land, the land itself will offer its wonders to conservatives and liberals alike. I believe this nation is more centrist than is portrayed in the media anyway.

I think many people who call themselves conservatives are mortified by many of the things Trump does and the direction the Republican party is taking. Same could be said for the Democrats; how the hell did we end up with Biden as a leader? I go back to my centrist statement; as I know several conversative-leaning people who hated Trump and ended up voting for Biden.

I hope that a lot of work can be done to protect Bears Ears National Monument in these next three years. The tides might turn again, yet another reason we need a third party to emerge that actually represents the people. Old man Trump and old man Biden will soon be dust, and it’s gonna be on the shoulders of our younger generation to lead. I am glad we have Bears Ears to stand as a place of solace, hope and action that things might actually get better.

Luke Mehall is the publisher of The Climbing Zine, host of the Dirtbag State of Mind podcast, and the author of five books, including The Desert, set in Bears Ears. The meme included in this story is his first. More of his work can be found at climbingzine.com.