Big boy problems
Dancing around the subject of responsible adulting 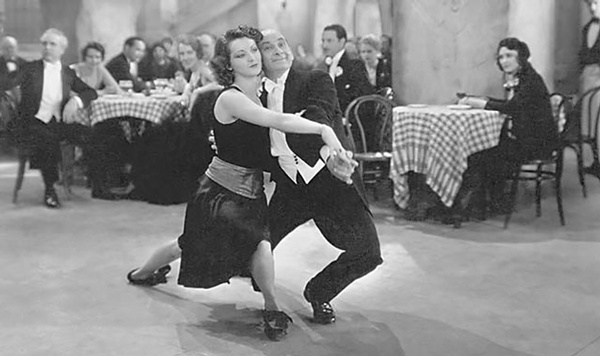 I hate to admit this, but I must, in hopes of getting a reduction on my car insurance rates: I am finally an adult.

Perhaps this happens to many of us who survive adolescence. Because of the stigmas surrounding adulthood, we cannot get accurate reporting of the numbers. Also, we cannot even agree on the medical causes that contribute to adulthood. Clearly it is not age-related. Personally? I thought for years that adulthood happened when you woke up one winter’s morn and discovered you hate snow.

Pops used to tell me that someday I’d stop loving snow days. He usually said this after shoveling a 300-foot stretch of hill at 5 a.m. and coming back inside to discover me still in bed. His 401(k) did not get snow days, although we’ve since learned it fluctuates according to Ukraine’s sovereignty status. We know even less about retirement accounts than we do about adulthood. Accordingly, I became a staunch environmentalist purely so I could continue loving snow while also being unemployed enough to stay home.

But we all have our snow. I imagine grocery shopping turns some people into adults. Voting an entire ballot by party. Making small talk about Fridays and Mondays, and failing to even snigger at comments like “Happy hump day!” – these are definite culprits. Granted, there is some liminal space where one ceases to be a child yet still fends off adulthood. I don’t like to call a person in this space a man-child, because it sounds so demeaning and also because man-children don’t qualify for their very own extended warranties. Yet it is a space where a person can earn an advanced degree while also continuing to watch animated “Star Wars” shows.

That place is my home.

Was. *Was* my home. I still stream “Rebels” while folding last month’s laundry, because I need the dryer for this month’s laundry. It’s different now, though. Something inside me has given way – like an avalanche in my chest made of a snow-substitute that watershedded me from blissful non-adulthood to … whatever all this crap is.

Now, before I get nasty letters for digging on adulthood, adults are human beings too. I can handle being an adult. It’s not as great as skipping straight to old-manhood, when you get extra pockets for candy and people shovel snow for you. But it has its perks. Namely this: when one’s student loan payments are about to resume, when we’re on the very real brink of another world war, when a global pandemic continues to be exacerbated by people who misinterpret the idea of living in a society, when “The Book of Boba Fett” concludes without ever developing a semblance of plot – I can still dance.

This is all I care to do anymore. And it is not an aversion tactic. Adult or no, I am old enough that school did not teach me to avoid being uncomfortable. School, in fact, made me VERY uncomfortable, particularly during square dancing weeks in PE class. The rest of the school year, our routines and decisions orbited the Golden Rule, which was “Do not do anything resembling anything that might look like you like a girl, lest everyone else make fun of you for it forever.”

Then, during those two annual weeks of square dancing, we had to link arms – with actual girls. We had to do-si-do. We had to bump butts, in a technique that I am now quite certain Arthur Murray would never endorse. And we were not allowed to shirk these movements or wear heavy winter coats as buffers. We did this all while making it very clear we believed ourselves held against every precept of the Geneva Convention and its predecessors.

I learned very quickly to pray for snow days during square dancing weeks. Then I learned never to dance in public again. And I didn’t. Until I did. Because at some point, I stopped caring if it was cool. It was fun. And now, because I dance the Argentine tango, other kinds of dancers won’t speak with me, because we tangueros are perceived as uppity snobs who look down on all those other lesser dances.

This, for the record, is not true. We embrace all those other lesser dances, in hopes that we can poach some of their better dancers.

And while I am tangoing with some newcomer, showing him or her or them just how superior our dance is, all my adultish worries disappear. I still have not figured out which calamity peed on my snow and ended my time in pre-adulthood. Honestly, I think it might be the deep-fake version of Luke Skywalker parading as the real Luke Skywalker, himself having to become an adult in charge of tiny Jedi children for the first time. Regardless, I believe the most grown-up choice I can make for myself is to dedicate myself to an art form that will continue to build me up, in my best light, as entirely unemployable.