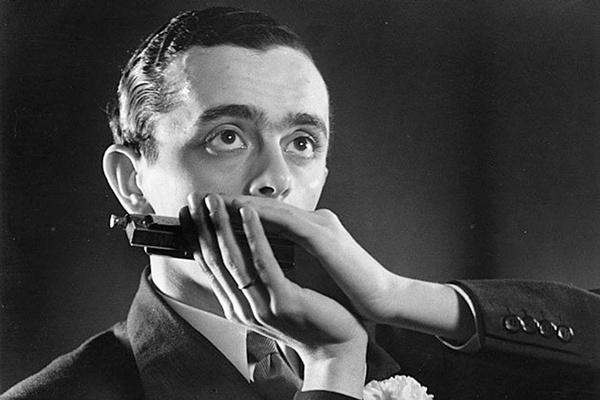 My world performance debut on the harmonica is in a couple weeks, and I’m pretty excited. I was asked to play with a band at KDUR’s Tom Petty cover night. Of course I said yes, even though I do not, technically, play the harmonica.

Oh, sure, I’ve put a harmonica to my lips and breathed in and out. I even went so far as to acquire harmonicas in a couple different keys about two years ago and finally, only recently, got “Oh! Susannah” unstuck from my head.

But even though I don’t actually ever play the harmonica, I still love it. It has a distinct advantage over other instruments: You can tuck it away in a drawer. Compare this to a piano, which stares at you from three-quarters of your living room and guilts you for never learning anything beyond the opening riff of “Chopsticks.”

The harmonica is much more easygoing than a piano. It does not require a profes- sionally certified technician to tune it. Nor does it ever go out of tune. It costs less than a college tuition, and no one at parties ever demands that you play in front of lots of other people who probably know more about it than you.

Besides, the harmonica has a certain cachet. Guitarists get the chicks, and bassists also get the chicks. But the harmonica gets people to back away slowly. They stop taking you seriously as a “musician,” because the harmonica doesn’t seem like a real instrument. It’s like the kazoo, or the glockenspiel. Sure, it’s fine when a lead singer whips one out during an instrumental break, because at least he’s playing SOME-THING. But as a primary instrument?

I thought I was safe from being invited to play music, ever, by saying that I play the harmonica. No one needs a harmonicist. But then this Tom Petty cover band decided that their rendition of “Swingin” needed a harmonica to accompany the ukulele, bass, drums, guitar and fiddle. And I decided why not? I’d already committed myself to a year’s worth of inspirational behavior, so what better place to start?

No, I didn’t get suckered into deluding myself with a New Year’s resolution. But I was exposed to the idea of choosing a “word of the year” in a moment of weakness, and I decided that the most apropos word was “create.”

But I did not choose create to be clever. I chose it because I want to create things. Things like I don’t know what exactly yet, because it’s only the middle of January, which is only the first month in an entire year. I have plenty of time to create things that I want to create! And I would be much farther along with my creation, if it weren’t for band practice.

Your average Rock & Roll Hall of Fame band makes it look like they just walk out on stage, pick up their instruments, and create sounds that are both musical and sexy. They don’t let on that they got this far by playing rehearsals, in which the band members work out their creative differences by agreeing that the drummer gets no say in anything.

Rehearsals take time. I don’t know how much time, exactly, because I’ve been to only one rehearsal so far. And we had to stop the song over and over because certain amateur musicians in the band have never played into microphones before, and they don’t know the etiquette about when to solo over the vocals, or which key the song is in, or what a key is, anyway.

I’m not naming names here, because musicians don’t sell their band-mates up the river until after their lone scheduled performance. But suffice it to say that rehearsal, plus practicing in my living room (once through for each key, just in case),

has taken up many minutes that I could otherwise have spent creating my list of things I want to create.

Once this KDUR Cover Night is finished, though, and I’m no longer part of this endeavor to play a single Tom Petty song, perhaps I can move on to bigger and better things, like creating my own musical career as the world’s first world-class harmonicist playing all sorts of Tom Petty songs. Come check us out, so you can say you saw me when! I’ll be the guy with his microphone taken away, stashed somewhere behind the drummer.