Buckle up & get uncomfortable 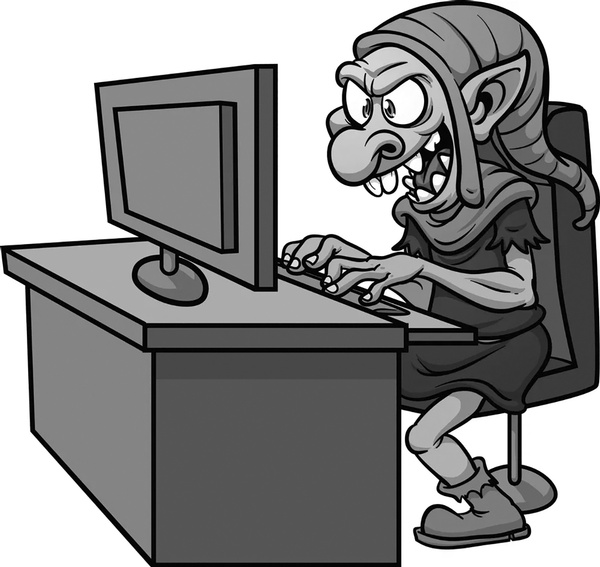 I know this will be tough to hear, coming from someone as infallible as I, but you deserve to hear it from me: sometimes, I rub people the wrong way.

I wouldn’t say I offend them, exactly, because that makes me sound bad. But there are times people don’t see the world as clearly as I do, and that’s OK. For instance, one letter-writer last summer took me to task for the phrase “dreadlocks that looked like the inside of my shower drain” because not all dreadlocks look like that, even though I was referring only to the specifically Drano-worthy ones. Then there was the man called “Pops,” who seemed put off that I included him in a piece even though he is my dad.

Such are the differences that keep life flavorful. And I accept that some people will disagree with me and my art, because that is the risk with creating, and we can’t all be Tom Hanks now can we.

That said, after my last piece, I received an email, my first from – and I say this without disparaging trolls in general – a troll that sounded like the inside of my shower drain. Let’s call him “Bob Taylor, Amarillo, TX” because that is how he signs his emails. Bob Taylor of Amarillo, TX, felt personally attacked because my writing referenced “some old white dude” as shorthand for “the dominant, prevailing worldview in our Western culture, which would benefit from an infusion of valuing other perspectives.” Of course, understanding that subtext would require critical reading skills, or any reading skills at all.

However, Bob Taylor, Amarillo, TX, rather proved my point for me. I’ll include the relevant portion of his email here, in part because he would love to know he helped pad my word count:

“Why was it necessary to make the brunt of this article an old white dude. Do you dislike old people? White people? Men? Especially if someone is all three? I know it is currently popular to disparage older, white men just like it was once socially acceptable in some places to disparage black people but to do either is immoral.”

Now, let it be written that I did not disparage some old white dude (one white dude in particular, I might add) because it is popular. I did it because, frankly, he deserves it – as does everyone else I disparaged, including Marie Kondo, Danish people, myself, literally everyone on the planet, dog food supplements, and medieval Lego knights.

But Bob Taylor, Amarillo, TX, did not acknowledge that full list when I sent it to him. “So you judge people based on their age, the color of their skin, and their gender,” he wrote back.

Part of being infallible is assessing oneself when one has potentially made an inadvertent mistake. “Wait a moment,” I self-assessed at this point. “Am I, as an eternally aging white dude myself, unjustly smearing already-old white dudes? Could I be more charitable in my understanding? Should I consider the feelings of those who cannot stand being shown they are anything less than faultless?”

And then I proceeded to the end of Bob Taylor, Amarillo, TX’s letter, where he signed off “ESAD.”

This, I had to look up. It is an acronym, and it requests that I consume feces and cross the Rainbow Bridge, presumably in that order.

My final response was simple: “I am willing to engage in dialogue, but not with people who close their letters with wishes of coprophagia and death. Particularly when they do so so often that they must save time by employing an acronym. Please do not contact me again. I mean it.” And to his credit, Bob Taylor, Amarillo, TX, has not responded.

If this piece were an after-school special, this is the segment where I, a typically lighthearted character, would get serious about doing drugs or hitting your little sister. Or, about human communication. Because I must lead a sheltered life. I truly believe that no one I associate with would track down a stranger in another state to pick a fight over email. And I believe none of them have the need to save keystrokes by acronyming their unoriginal insults. But you know what? I am also a white man, and therefore endowed with shields against so much abuse. So very, very much abuse. My friends of other genders get hateful messages in all sorts of forms, direct and implied, far more often. So do my friends of other colors and backgrounds. The ones neither white nor male must catch it exponentially.

And I? I cannot imagine living with that constant emotional shrapnel. Heck, I catch it once, and I turn around to air it in the newspaper. Talk about a fragile white man. But we fragile white men need to feel uncomfortable about our place in the world. It’s the only way we’ll ever consider scooting over to make more room up here.

I say so not because it is popular, but because the world deserves it.