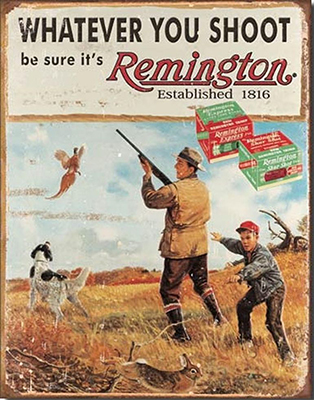 It’s a beautiful autumn day, the mountain trail cobbled with golden leaves like a path to heaven. The sun warms your back, a breeze chatters among the leaves. You’re listening intently to the conversation when the crack of two rifle shots pierces the air. You’re not the target, but the sound startles you, those bullets rapidly traveling along undisclosed trajectories of your imagination.

Moments like these remind me that autumn in the high country is unavoidably the time of hunting, when our multi-use federal lands sport camo-and-orange attire. The expression “to die for” may or may not in this case apply.

A friend of mine related his experience at the start of bowhunting season. He filled his tag first day out, said he had a good trip but felt disappointed. What would he do with the rest of the season? I suggested cleaning his bow. Those arrows don’t need to be misfiring.

But there is good news. Hunting-related accidents have charted a serious decline in the last decade, only about 80 to 90 annual fatalities, nationwide. My chance of being killed by drowning, car crash, terrorism or the usual lack of judgment leading to so many unforeseen deaths is far greater than being unintentionally shot while hiking. Hunters are not the problem. So why doesn’t my brain just relax and take a hike?

The not so new news is that I am not a hunter, as if you couldn’t guess. The meat I do harvest comes from the deli, and for me a good hunting trip occurs when there’s a sale and I arrive on day one.

My father tried teaching me to hunt. We marched through the dry cornfields in rural Minnesota like soldiers, each in his assigned row with a half-dozen or so rows between us to serve as a safety margin, trying to flush a plump pheasant out of hiding. I never killed one, and though I heard the occasional report of my father’s shotgun I don’t remember us ever returning home with a bird. He issued me his old single shot, bolt-action 22 caliber rifle, apparently reluctant to buy an additional shotgun until I perfected my skills. I suspect he was protecting himself from me.

But we did have some luck, the kind I reminisce about these days as the good kind, a male bonding ritual of sorts without the killing, a rite of passage without the one-upmanship. As the day unraveled and our shadows lengthened, we behaved more like two hikers carrying firearms, out for a walk in the countryside.

My fondest memory of our hunting trips involves setting up cans on a stump or fallen log and practicing knocking them down like tin targets at a carnival booth. My father became genuinely excited when I hit one, the flush of pride visible in his cheeks, the praise and camaraderie bubbling from within. He’d served as an infantryman in WWII and had plenty of shooting experience, but he refused to talk about the killing part despite my earnest and persistent questions. What I learned during boot camp was to stop asking, because when I did ask he simply changed the subject, closed himself up, and returned to his drill sergeant self.

What I grew to love most involved simply being outdoors, the sound of the crackling leaves and cornstalks as I tested my stealth. The sun, the wind, the crisp cold air when we first stepped out of the car. I didn’t want to actually shoot a pheasant, but I sometimes wished one would conveniently fall from the sky so I could run over, pick it up, and ask my father, “Is this what you want from me?”

One particular pheasant made an impression, though not as either of us would have expected.

We’d tramped the cornfields until late afternoon, finally deciding to call it quits. At the edge of a field where a few trees provided some shade, we trudged to a standstill, listening, not saying a word while the world reclaimed its collective breath. Making sure my safety was engaged, I lowered the butt of my rifle stock to the earth. At the same instant a pheasant flushed from the tall grass between us, so close one of us might have reached and snatched it from the air. I thought my brain or my heart had exploded. Or simply that I’d just been shot. Normally a pheasant prefers to run, but if startled it can burst upwards at great speed, wings thrumming a blur.

My desire to hunt vanished as completely as that bird. Coulda, shoulda, woulda mighta been our conversation on the way home, but for me the heart has always known what to say before the brain can rationalize an explanation. It’s like a sixth sense, knowing when to call it a day.