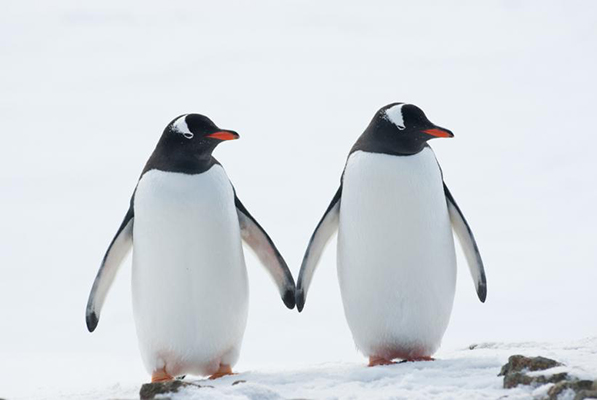 Did you know that police in Utah had to make a public announcement reminding people not to drive blindfolded because a woman almost died doing the “Bird Box” challenge? Or that the FBI once investigated whether our President was working on Russia’s behalf to destabilize our country, you know, the same president who destabilized our country with a record-setting shutdown? Did you know that our magnetic north pole is moving 30 miles per year, and nobody knows why? Or that they sell designer mini-vibrators on gold necklaces?

It’s all right there on my Google newsfeed, and a one-paragraph “Downfall” simply won’t cover it this week. I’m aware that all people get a little grey and start thinking the world is ending, but I think it might be true this time. Homosexuals in Chechnya are being captured and put in concentration camps as I type this. Remember the last time that happened? Right now, our country is obsessed with a wall that can be beat with a ladder, and Great Brittan is going through a rough breakup. My mom is a semi-crazy leftwing conspiracy theorist, but you know

what they say about broken clocks (they’re right at least twice a day). She just sent me an email talking about how Putin invaded an island near Japan and is sending airplanes to Venezuela. Her email ended with, “It’s time to stock up.”

I haven’t Googled that stuff because I don’t want to start thinking about bomb shelters, but what if my mom is right? It would totally suck this time because right as the world was exploding, she’d call and say, “I told you so.” But even if she’s wrong, I wanted to let you guys know that Downfall material is becoming much easier to find and to warn you to be careful if you plan on going outside ever again.

That, and I wanted to complain a little. You have no idea what I go through to write those little paragraphs. I don’t know how many times I’ve had to clear my search history thanks to reading articles about “sasquatch porn” or “goats addicted to pee” or “boy scout condoms.” For real, just last week, I read an article about a man in Texas who was arrested for molesting a cow who he thought was his reincarnated wife. In Ireland, a man was admitted to the hospital after injecting semen into his forearm daily for a month – he was trying to treat back pain with stem cells (but that’s not how it works). Police in Missouri raided a dude’s house for meth, but they also found a dead bald eagle. We’ve all heard about the guy who was caught on camera licking a doorbell for three hours; NASA just named a brown streak on Jupiter after Mr. Hankie the Christmas Poo; and a man was arrested in Florida for threatening to kill his neighbor with “Kindness,” which was the name of the suspect’s machete.

Reading news like this has left a dark mark on me and led me to worry about us as a species. But then I remember watching a documentary about a famous news anchor when I was a kid (I’d look it up to get quotes and figure out who the news anchor was, but I feel like staying off the internet for a while) and he said something profound. The interviewer asked something like, “doesn’t it bother you that the news is always so negative?” In response, the news anchor said something like, “no, because the news reports the things that don’t happen often. The news is about things that aren’t normal, and I’ll start to worry when the news is about good things, because that’ll mean good things aren’t normal.” Get it?

Luckily, I don’t think we’re there yet. I don’t think that everything out there is so horrid that horridness is the new norm, because the nightly news is still bad (did you see that story about how Roger Stone has a tattoo of Nixon’s face on his back?) But still, I feel like I need a hug after writing all those downfalls. So, this week, I’m taking a break from the bad to tell you about the good, because maybe you feel like you need a hug, too. So, here’s your first – and last, because I’m a cynic at heart – Weekly Uptick.

A pigeon in New York was trying to drink from a water fountain, but he couldn’t press the button because he was a bird. So, New Yorker Steven Pesantez walked over and pushed it while his friend filmed. The bird drank and the video went viral. It was warm to watch; it felt good. A wild boar in Australia stole 18 beers from campers, got drunk and then got in a fight with a cow; and a man from Pennsylvania tricked the government into certifying his pet alligator as an emotional support animal.

Right now, a retired Department of Defense manager is telling us that alien spaceships are real, and a Harvard astronomer is telling us that we’ve just been visited by an alien probe. That’s definitely good news because our species needs a thorough probing. A Republican lawmaker from Arizona wants to fund Trump’s border wall with surcharges on porn, which is just hilarious, and there has been a definite uptick in the number of news stories I’ve come across lately about gay penguins. Two mated males from a Denmark Zoo tried to kidnap a baby penguin from a straight couple, and more recently in Australia, another male penguin couple, Sphen and Magic, adopted an orphaned egg and passed it back and forth successfully until it hatched. True, gay penguins are 50/50 when it comes to good parenting, but they also prove that homosexual parenting is natural because it exists elsewhere in nature.

And that cow-perv from Texas was pretty bad, but elsewhere in Texas, a woman was banned from Walmart for drinking wine out of a Pringles can while driving an electric cart around the store’s parking lot for several hours. Her sacrifice inspired so many people that a vigil was planned through Facebook wherein fans would meet at Walmart to drink wine from Pringles cans. Twenty-thousand were interested, 200 said they’d go, and two people showed up.

Some of the best news out there is that cannabis culture is winning: there are only nine states left in the country that still use “420” mile markers. The other 41 states, Colorado included, have replaced all theirs with “419.9” mile markers because stoners kept stealing the originals. And what about those little vibrators ladies wear around their necks? We’ll, they’re convenient, and they’re a lot classier than wearing a T-shirt that says, “I’m a perv.” And according to some, those mini-vibes represent empowerment and equality, because if you think about it, guys walk around with their hands in plain sight all day.

So, yeah ... there’s this week’s sign of an uptick. Do you feel any better, or is it still time to stock up?

Yes, we are living in an idiocracy – and here’s the proof

More than just talk about health
Thanks for a home at Purple Cliffs
Cut the slackliner some slack
Salka will deliver the goods
What happened to good ol' GOP?
Your future is Marsha's focus
Read All in Soap Box