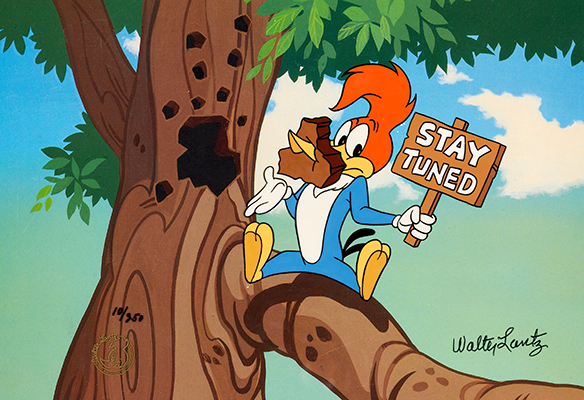 It was happy hour in the back yard. My wife had just gotten done with a long shift at the hospital, where she works as a nurse. We noticed the neighbor along the banks of the creek that runs through our back yard. We exchanged pleasantries, and then he casually informed me he was checking out the woodpecker nests, and that he had just shot and killed one.

I immediately knew my wife would be upset, and a quick look over to her face showed just that. I wasn’t psyched either. We are both bird lovers and enjoy having birds in our back yard. Plus, the tree that he shot the woodpecker out of is in our yard, and not his.

I quickly followed up and bluntly stated, “don’t kill any more birds.” He told me how much they were driving him crazy, and I listened, But still disagreed that killing them was the best answer.

He agreed and problem solved (hopefully.) And rest in peace woodpecker, whose relatives I can hear now as I’m pecking away at my keyboard.

There’s a lot of conflict out there these days, maybe more than I’ve ever witnessed in my life. Yet, I’m removed. Or as Dave Chappelle eloquently put it in his new special “8:46,” I’m in the backseat of this revolution, and you, the young people, are behind the wheel. And I trust you.

In my last column, I wrote about the murder of George Floyd, a killing that changed our nation forever. At the time of writing, I didn’t know a revolution was starting. I simply thought these were protests that would last for a day or two. More than a month later, it’s plain to see that the younger generation is fed up, and they will not tolerate the system we are living in, and it must change. They are refusing to tolerate racism. I am with them. It’s their world now. My generation has done what we could, and now we follow your lead. Get out of the way if you can’t lend your hand, because Dylan was right, “the times they are a changing.”

It is time for people such as myself, a 41-year-old white man, to start listening more, and to do more for proactive, anti-racist change. The world is big, and change is hard, so I’m contemplating the best resources and tools I have in my proverbial toolbox. Of course, it starts with words. And, it’s important for myself, and every other white person who is an ally for the Black Lives Matter movement, to show their support.

In addition to support, action is essential. I haven’t been out in the streets, but I’ve contemplated organizations I need to support more. I support climbing and environmental organizations – such as the Access Fund, the American Alpine Club, and Friends of Cedar Mesa – but I’ve realized I need to do a better job of supporting my BIPOC brothers and sisters who don’t have equal access to the outdoors like I do. For reference, when the “golden age” of rock climbing in Yosemite took place in the 1950s and 1960s, black people weren’t even allowed in national parks.

My sport of choice, climbing, was rigged to benefit the white man, and quite frankly, the outdoor sports that we all love in Durango are some of the whitest sports that exist. This is not a coincidence; it’s a result of the white supremacy that proliferates our country.

Fortunately, there are groups that promote diversity in the outdoors. In climbing we’ve got the Brothers of Climbing, Brown Girls Climb and Natives Outdoors. And there is Outdoor Afro, a nonprofit started by my friend Rue Mapp. She started it not only to get more black people in the outdoors, but as her own revolutionary action when she realized she’s more comfortable making change in outdoor spaces than on city streets. (She recently got to meet Oprah and got an endorsement from her!)

As usual, I’ve got more to say than space allows. On the subject of conflict resolution, let’s talk about the Chief, owned and promoted by the Toh-Atin Gallery.

Shan Wells did a fine job in the last paper from a white person’s perspective, but as far as I can see, we’ve yet to see a full essay from an indigenous writer. Fortunately, local writer Kirbie Bennett wrote a brilliant and heartfelt essay called, “Between Mascots and Massacres” that he originally penned in 2017. (You can read the essay on medium.com).

In this essay Bennett, who is Navajo, reflects on Colorado history and the history of Native Americans being used as mascots. He even sat down to discuss the Chief with the owner of Toh-Atin, Jackson Clark.

Here are two powerful paragraphs from the conclusion of his essay:

“For Native Americans, we are caught between mascots and massacres. The cruelty inherent in each, and the connection between the two, continues to be minimized by people with power and influence such as Jackson Clark. And all the while Natives are made invisible. Our humanity is taken away and our suffering is silenced and every act of denial compounds that. This plays a part in giving justification for the ongoing exploitation and degradation of Native land and resources. If one’s identity becomes reduced to stereotypes, as often happens with Natives, then that assumes powerlessness and it is not long before the vultures of the corporate state think they can feast on the corpse of what they perceive as a dying people.

“Of course, even if people are successful in having the long-standing Chief statue removed, many more systemic issues need to be confronted for justice to be fully actualized for Native Americans. It would be one step among many to be taken. Yet, perhaps that is what people in power fear. What other demands would Natives and their allies make after bringing that statue down? What other monuments of injustice would they tackle next? What institutions of oppression would they come for afterwards? Every act of resistance, no matter how small or symbolic, is an act of liberation. Removing monuments and mascots of racist stereotypes helps in part to remove the shadow of colonization that hangs over Native North America. In its place will shine the light of liberation.”