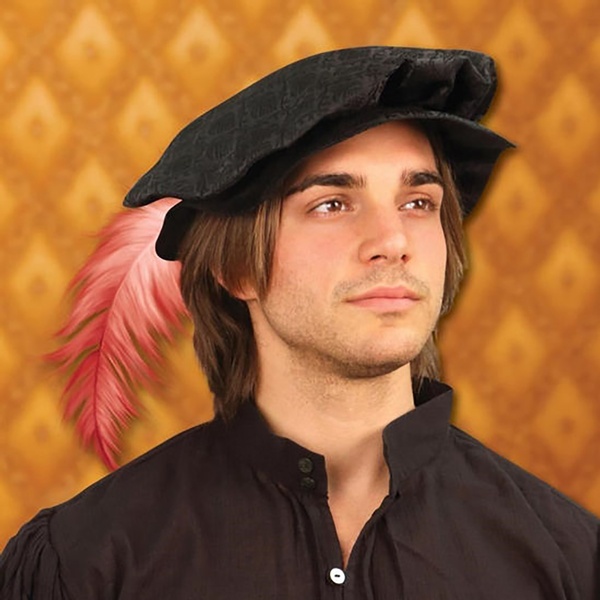 I have a business proposition for you: Whatever you’re paying me for this column, double it. In exchange, you’ll get to write it yourself.

This model works, because it’s the same one I used recently to make my own hat. Let me tell you, that was no easy feat – not with the shape of my head.

The thing is, I went most of my life presuming my bean was not shaped like a lima. Until a couple years ago, when a hatmaker doing party tricks took impressions of people’s head shapes using some 19th-century device like a claw-machine claw that grabs brains. She transferred my head shape to a notecard and said, and I quote, “Well, never saw THAT before.” Then she showed me the dent in one side that reminds me of a fast-action photograph of a football being punted. She admitted I might need to stuff facial tissues in my hats to fill the concavity.

But although my head is deformed, at least it’s also grotesquely oversized. The teacher of the hat class asked us all for our hat sizes so he could hand out these wooden hat blocks for shaping our hats. My number sent him rummaging through steamer trunks and possibly through time and space to find a redwood wide enough to carve my blockhead from.

I’m getting out in front of my brim. Let’s set the stage for why I took a hat class in the first place: my sister asked me to. Also, because I really do love hats. They keep people guessing about whether I’m going bald or going gray. They look better on me than sunburns do. And that’s it. That’s why I love hats.

The hat class teacher – let’s call him Tom Hirt, because that is his name – coordinated with a fabric store in Albuquerque to ensure each of us could work with the hat color we most wanted in the whole world, so long as it was on his short list of earth-tone hat colors. I asked for sage green. I got powder blue.

Tom, who I’m pretty certain is an actual cowboy, started the class with a lesson on how short mammal hairs, such as rabbit fur, beaver fur and human leg hair, are felted and dyed into the flimsy nonhats before us, which was interesting and also a way to stall while the one hat steamer for 13 students was warming up. We were to steam our felt discs to soften them, stretch them over our wooden hat blocks (if possible, in certain isolated cases), then steam and iron our fledgling hats until they turned stiffer than pressed jeans.

In the powder-blue-dying process (which, we must note, results in a distinctly sky- and not earth-toned product), something happens on a subatomic level to the rabbit/beaver/man-fur mixture that renders it impervious to this stiffening. I spent Day One of the three-day class ironing the stuffing out of my hat. Other people were already selecting feathers while I was working around the blisters caused by pressing down with a Black & Decker clothes iron. The manual labor to make a hat brim rigid far exceeds any of the other days I have spent in manual labor, except for the day my own mother spent in labor with me.

The excessive size of my hat block spurred many comments about my poor mother’s birth canal. What else was I going to talk about while standing around the steamer? It’s like the water cooler at work, only hotter, so I had to talk about SOMETHING. I think my classmates felt badly that my birth was so strenuous, so they kept insisting that no, really, they were done with the steamer and they’d go sit down so I could use it.

On Day 2, when my well-pressed hat had the night to reconsider its stubbornness and my my-mama jokes were refreshed, I stitched in my leather sweatband. My sister, who works in the fabric store, chanted some Hermione Granger and had hers done. I, with no appreciable needle calluses on my fingers, thimble up all 10 of ’em and still successfully stitched my hand to my hat.

On Day 3, I went back to the ol’ steamer again. The hat needs softened up to take whatever shape you want to give it, and then you pray to Tom Hirt that the shape holds. But by the end of the day, when everyone else including my sister had left the building, I hoisted my hat atop my head and stuffed Kleenex in the dent. I’ve never been so proud of a piece of clothing I made, nor had I ever paid more for the privilege.

But the price didn’t matter; the accomplishment was reward enough. I wish everyone could experience that kind of satisfaction at least once. So hey, why don’t you cut me a check and write the ending to this piece yourself.