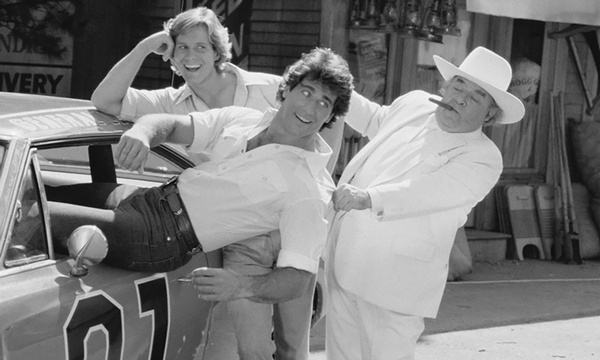 I am a wanted man, and this time I don’t mean in a People’s “Sexiest Man Alive” way. I mean in an outlaw way. Like I can now listen to Willie and Waylon as slightly less of a poser. Like I now have to watch myself, and my speed limit, lest I get hauled off to the hoosegow and hanged.

This circumstance feels strangely fitting. For years, I have been settling into an outlaw lifestyle in many ways, excepting the outside-the-law part. For instance, I recently purchased my very first axe. I did so, because I now live with my very first wood-burning stove, much more effective at destroying wanted posters than the baseboard heaters in my previous rentals, and I must split logs to survive. I then purchased my very second axe, because I’m new to this level of outlawery, and the very first axe was heavier than a funeral on Christmas. Now I’m about to return the second axe, because I apparently didn’t spend enough on a quality piece of equipment, and the head is separating from the handle after successfully splitting about three pieces of wood. Fortunately, I keep receipts.

Meanwhile, I am splintering wood with my camping hatchet, which is great, except that SOMEONE once cut kindling on a rock with it, and now the hatchet is duller than a Ken Burns doc about the history of end credits. That’s not fair. Ken Burns would make that interesting. So now I get to Ken Burns my hatchet and sharpen it myself. This is a thing I have never attempted before. I think it involves a rock? It sure seems like the sort of activity that warrants some whiskey and beans and brooding eyes that make daughters swoon.

Plus, the whole outlaw thing — like having stove soot and pine sap on my arms — just makes me feel like a man. I don’t know what it is, exactly. But when my furnace died last weekend, leaving me only the stove and my dogs as sources of heat, I felt really manly calling up the furnace repair guy and paying weekend rates, because I had log bark scuffs on my knuckles and a warrant out for my arrest.

You see, it was not long before that I was driving home at night, minding my own business in a predominantly not illegal-looking car, when I got pulled over. I knew I had been speeding, but I was not about to tell the officer that, in case he somehow wasn’t aware.

This was not the first time I have sped. (Speeded? Spud?) In fact, speeding is my favorite way to live outside the law, unless you are my insurance agent, in which case I never speeded (spad?) before in my life. Either way, this was the first and, so far, only time I have been busted for it.

I had been pulled over three times before, never for speeding: twice on bogus charges of being young and long-haired, back when both of those were the truth, and once because the trooper pulled over the car next to me, and I thought he meant to pull me over, so I parked on the shoulder and sat there like an imbecile while the deputy drummed up some revenue from the other driver, and I thought, “Well, if I pull off now, I’ll really look guilty,” so I stayed put ‘til the trooper left about an hour later.

This latest officer was the friendliest of all. He called me Boss. This I liked very much. “Know why I pulled you over, Boss?”

“Got you going 60 in a 45, Boss. Can I see your license and immaculate insurance?”

He took them and, on his way to the squad car, paused theatrically, like he had just remembered something. “Did you know you have a warrant for your arrest, Boss?”

“It’s out of Texas, Boss. It’s not extraditable,” he said, which was a relief, because I had to pee and did not think I could hold it all the way to Odessa. “Thought you might want to know.”

He was right; I did want to know. I was shocked as a cattle superglued to a prod. I have not even been to Texas since my grandmother’s funeral five years ago, during which I distinctly recall not skipping out on parole, because I had never even been arrested in Texas, let alone convicted. If this kindly officer had not shared that I was wanted, I would never know I was on the lam.

“Here’s the number for the county, Boss,” the officer said to me. “Get it sorted out, if it’s not you.” He then wrote me a ticket for going six -10 over, instead of the 15 I allegedly had been, and I finally cemented my status as an outlaw.

I hope it sticks, even though the man in Texas turns out to have a different social security number and my alibi is solid. I’m thinking of going by Boss. Fits nice and bold on a wanted poster.