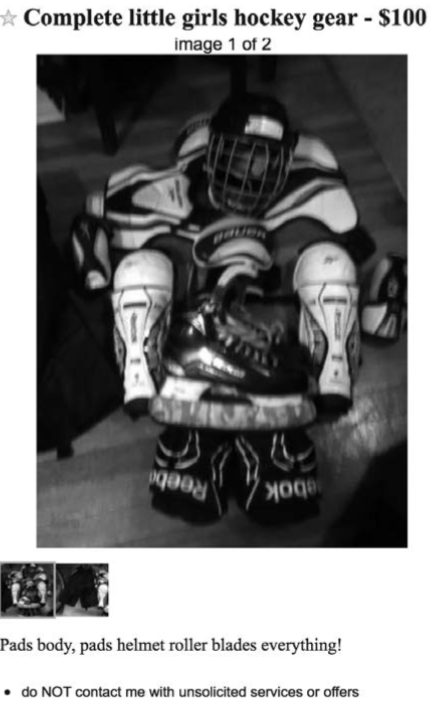 It’s true – living in Durango can make one a bit “soft” in the security department. We leave doors open, bikes unlocked and gear unsecured. I’ll even admit to the biggest small town faux pas of all: leaving my keys in the ignition. (This might be a subconscious attempt to get the crappy thing stolen, but apparently no thief is that desperate.) Sure, occasionally petty theft happens (speaking of which, could whoever raided my change cup please return my rocket box key? It’s the only one I have.) But for the most part, we are an honest, wallet-returning, neighborhood-watching bunch.

Of course, this means when we go to the big city, those green plates can be a bit of a target. Take a recent hockey roadtrip to the Land of Disenchantment. After returning to the hotel late one night, I got into my car the next morning to find things in slight disarray. Not thinking much of it, we drove the family truckster to the rink for that morning’s game. We pulled into the mommy circle and that’s when it dawned on us: my daughter’s hockey bag, which we left in the car overnight, was MIA.

Confusion set in, followed by that Perry Mason moment. The raided console, the missing bag ... we were robbed.

As anyone who has ever had something stolen can attest to, it is not only a total personal violation but one of the creepiest feelings ever. I mean, what kind of sicko pervert goes into a random car and takes a giant bag filled with gear soaked in someone else’s sweat and bodily fluids? (I believe I’ve mentioned this before, but if hockey gear was a Febreeze scent, it would be called “Grim Reaper No. 5.”)

I’ve heard of low blows, like snaking your neighbor’s freshly shoveled parking spot, not picking up your dog’s poop, or cutting in the lift, eddy or beer line. But stealing a kid’s sporting gear – that’s a sign of a seriously disturbed individual.

OK, this is the part where I need to interject my fault in all this. I was not so stupid as to think I could leave my car unlocked in an urban area. I even parked close to the door and under the security cam (which we later learned was a fake). I am, however, stupid enough not to realize that when there’s another set of keys lurking somewhere deep inside your car unbeknownst to you, it won’t lock. No matter how many times you push the new-fangled lock thingamafobby.

Crushed, my daughter sat out her game while an enraged father combed the alleyways and dumpsters. I could imagine the thief’s disappointment upon lugging the 40-pound bag to his troll cave, only to open up the booty and discover not a flat-screen TV, kilos of contraband or even something remotely resellable, but instead  waahwaahwaah – what amounted to a stinky gym locker on wheels. I hope he gagged.

I derived a certain amount of satisfaction from this and the fact that his troll cave now likely reeked of subway platform, at least more than usual. Dare I say, I almost felt a tiny pang of sympathy for this pathetic loser. But, it was short lived.

With the alley dragnet failing to turn up anything, we called in a report to the cops and headed home. Low and behold, by the time we reached Durango, the gear was upon Craigslist (perhaps not your smartest thief). Adding  insult to injury, he was selling the “little girls hockey gear” (which made me throw up a little in my mouth) and associated “body pads” and “roller blades” (I guess New Mexico is a long way from Canada) for $100 – a mere fraction of what we paid.

I excitedly called the police and told them about the break in the case. Not only was it unequivocally her stuff (a sticker with her name was visible on the front of her helmet in his shaky DTs photo, as were her fuzzy pink skate guards). Better yet, the thief provided his phone number, email and physical address. All they had to do was politely knock on the door, retrieve the stuff and congratulate themselves on a job well done, knowing they had helped restore a young person’s faith in humanity

But apparently, things only happen that way in Mayberry. In the real world, crime-solving works a little differently – or, in this case, not at all. After several calls and being shuffled around to various officers, I was given the strong arm from the long arm. They told me they would “try” but “not to expect anything” (cop speak for “Lady, we don’t give a H-E-double hockey sticks about your stupid stuff.”)

Sure, I get this wasn’t a heist of the queen’s jewels, and there are murderers, drug lords, and Trader Joe and gallery parking scofflaws running loose in their fair city. (I will refrain from telling you the name because I know there are lots of nice, law-abiding people there, except to say it rhymes with Fanta Se.)

So, that’s when we decided to take matters into our own hands – hey, hockey gear may not be pretty but it does cost a pretty penny. We would show the thief who’s boss, go down there and ... buy our stuff back. (OK, maybe not the retaliation you hoped for, but after being told by the police that most of these criminals make Breaking Bad look like the Brady Bunch, we opted for the path of least resistance.)

A friend, who perhaps has watched one too many vigilante movies, just so happened to be headed down there and offered to be the middle man. My husband sent a message to the number on Craigslist, and eventually a meeting was arranged to get the goods from “Dave” at a nearby Schlotzsky’s (funny, I always envisioned these things going down at a Dunkin Doughnuts or a Denny’s). As the day grew near, anticipation built, and Dave’s unsolicited story became better and better. He had bought the gear from a “lady” (me) who had a moving sale in her “apartment” (back of her Subaru) and wished “his daughter” (he) had “enjoyed ice sports” (picked a better tourist’s car to rip off).

Although I had delusions of sting-operation grandeur, we were to never find out the end to Dave’s story. He had been “hit by a car” (thrown his back out lugging a giant hockey bag) and was “going to the doctor’s office” (dumping it in the nearest arroyo).

And then the case went cold – but not before choice words were exchanged and unprintable things texted about both parties.

In hindsight, maybe Dave did us a favor – I’m not sure if we would have wanted the stuff back anyway. I’m a firm believer in juju, and after being in his possession, this stuff was definitely tainted. Plus he taught us mountain bumpkins an important lesson about never keeping valuables in one’s car as well as the efficacy, and lack thereof, of the justice system.

As for Dave, all I can wish is that karma high-sticks him in the junk and the overwhelming stench of hockey jocks forever haunt his days and nights.