Done with this planet? 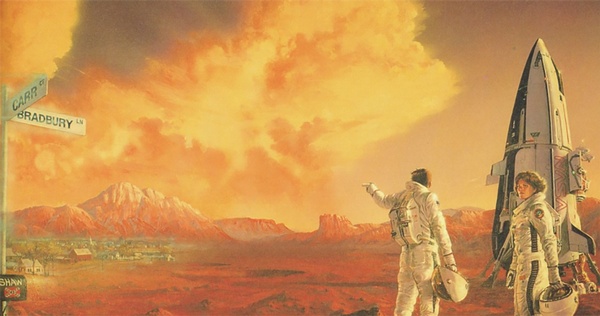 A few weeks after the Mars InSight touched down on the red planet’s surface, I clicked an audio link that captured 2 minutes and 27 seconds of a Martian wind. The idea of opening an electronic window and listening as a breeze at least 33.9 million miles away nuzzled NASA’s robotic sensors initially appealed to me, but in less than a minute I started getting bored. The recording was not so different from what I hear any day when the wind is blowing outside my earthly window.

Will boredom be our species’ salvation? When Charles Darwin wrote, “Building a better mousetrap merely results in smarter mice,” he might have been thinking about our destiny. He also observed, “The world will not be inherited by the strongest, it will be inherited by those most able to change.”

And we are changing, but for good or bad I’m not sure. A Microsoft Corp. study found that since the turn of the millennium our average attention span has reduced from 12 seconds to eight seconds. I can corroborate this finding. My paragraphs keep getting shorter.

But the science of measuring attention spans has also been questioned, with good reason. The headline “You Now Have a Shorter Attention Span Than a Goldfish” is written for shock value. The facts lack some credibility, because the length of time during which one is able to concentrate or remain interested has always depended on the subject of focus, and goldfish lack the ability to provide scientists with a meaningful appendage to count web browser or remote control clicks with anything other than their tail fins.

Is the Earth changing? Whether you believe polar ice is melting or that the ozone layer is receding faster than my hairline is not the point. It’s more important to note that a growing number of human beings are getting bored with even hearing about climate news.

Once my father’s admonishment when I complained of boredom was, “There are no uninteresting things, only uninterested people.” A rather uncharacteristically thoughtful remark from my father. When I found out he stole that bit of wisdom from G. K. Chesterton I finally understood why he usually told me to go read a book.

But really, I did make an effort to listen to the entire wind recording. I even closed my eyes and tried teleporting to the planet, as if Martian ghosts gentled by immeasurable time might start whispering to me. Mind you, I’m not saying I discovered life on Mars. NASA isn’t saying it either. But that sound bite established some sort of bridge between our planets, reducing the imaginative distance that divides our worlds.

Ray Bradbury’s The Martian Chronicles evokes the tragedy of conquest, earthlings fleeing one doomed planet for the sake of infesting another. Throughout the novel remnants of Martian civilization speak to the colonists in haunting voices, reminding them in both touching and horrific ways of what’s been lost. Bradbury’s book is fiction, of course, but told in such a way as to jog our memories, which also appear to be getting shorter when it comes to avoiding the colossal mistakes we have historically made.

I can’t imagine anything more odious than volunteering to commute to a different planet for the sake of colonizing it. Besides, it would take at least half a year to reach Mars – in some cases even longer – and a mountain of in-flight peanuts. Some people might say it makes more sense to take the same interest in our own planet’s welfare, to commit to the notion that the Earth is a finite resource, that human beings themselves are increasingly becoming a disposable commodity.

If we are merely bored with our globe, revitalizing and reinvesting in our human curiosity is a worthy goal. Certainly NASA research has benefitted humanity, providing new products and approaches for earthlings that don’t require us to occupy a space station or another planet to reap their benefits. But dismissing what science tells us about what’s happening to the Earth is folly. All our nifty little gadgets, even that short-lived mind-numbing fidget spinner fad, only occupy our fingers. Have we forgotten how to actually see with our eyes?

Admittedly, we’ve been fascinated by space exploration for a long time, from Jules Verne’s vision of shooting a missile at the moon to the great space race between Russia and America that spawned Sputnik. Rockets ignited and tempers flared. Astronauts became heroes for putting their lives on the line and venturing into the unknown. But we need another kind of hero, one who is blessed with the kind of insight that’s not necessarily needed to drive a Mars rover, one that can translate what Mars has to say about us as caretakers of this planet.

When I step out to the porch in the evening and stare at the sparkling heavens, nothing thrills me more than suddenly noticing that my feet are both firmly planted on this bedrock, this hearth, this home.