Double-trouble double date
Oh, the hijinks that ensue when back-to-back dates meet each other 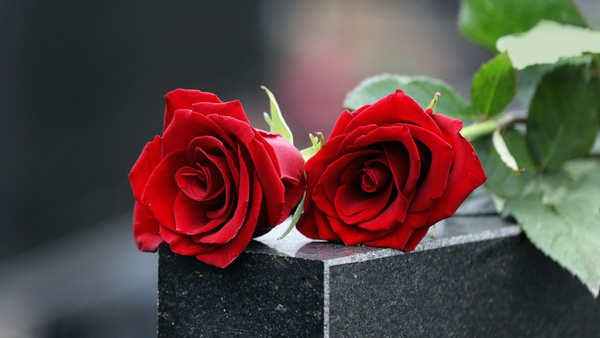 Editor’s note: Real names have been changed to protect the innocent.

When the text arrived, I was smack in the middle of a Hallmark moment. Outfit: to die for. Hair: darn-near fabulous. Schedule: running on time to not just one first date, but two in the same day!

I ducked under the awning of Le Trendy Coffee Shop to check the text message and protect my hairdo. I assumed it was a note from Realty Rick. Maybe he was canceling our 9 a.m. date at Le Trendy or was running late. Not too late, I hoped. I also had an 11 a.m. lunch date with Calvin the Counselor.

Neither fella was, statistically, my type. But that was the point. Six years of disastrous dating had proven that my capacity to pick solid romantic partners was about as keenly developed as a penguin’s thigh bones. I mean, we are talking a woman who spent two weeks dating a man she deemed utterly charming until he disclosed he was in violation of parole. In. Three. States.

This foray into dating would be different! This time, I tapped the world’s best matchmaker: The Universe. Cosmic powers brewed in my No. 9 love potions. Spiritual sage smudged my chakra. Precious gems and crystal prisms channeled only the best energy. Daily adherence to Joe Dispenza’s meditations would manifest my dream man into reality.

I’m not saying it’s my fault NASA had to scuttle the Artemis launch three times, but I had clearly stirred up the cosmic rivers. How else could I have struck up great conversations with two guys on a dating app?

Although, to be honest, getting full responses from Rick was a lot like pulling teeth. And I certainly had plenty of time to floss while waiting for him to return the courtesy.

“But not all people are good at digital communication,” I gently scolded myself.

Meanwhile, Calvin was like an electrified ping-pong ball ricocheting. He and I shared waterfalls of witty exchanges, puns and intellectual repartee. We tapped our thumbs into cramps trying to delight and outwit each other.

I smiled when I saw the text was from Calvin: “Hey. I’m gonna be at Le Trendy Coffee Shop at about 9 a.m. getting some work done. Any chance you’d like to meet up?”

I gasped. My phone ticked 8:55 a.m. I looked through the windows into the coffee shop. Rick spotted me and waved. I waved and signaled, “one moment, please.”

Hastily, I replied to Calvin: “How funny. I’m also going to be at Le Trendy at 9 for a – my thumbs hovered over the screen – meeting. If it wraps early, yes to pre-food caffeine.”

I stashed my phone and choked back a laugh at the universe’s sick sense of humor. Could I convince Rick to relocate to the coffee shop next door? Nope. He already had a cup of joe. I made for the nearest barista, all the while, searching for Calvin. When I did not see him, I joined Rick at the communal table with my back to the entrance.

Minutes later, I was playing dentist – painstakingly extracting information from Rick regarding his hobbies – when a backpack and laptop plunked down beside me. With those items came a conversational deluge in a voice made of cinnamon and steam, “Hey, mind if I sit here? This place is packed! I couldn’t help overhearing you talk about backcountry skiing. I’m big into the backcountry. My name’s Calvin.”

He extended his handshake first to Rick, who had indeed been waxing rhapsodic about his skis. He then speared his hand to me. “Hey! Oh. Hey.”

Calvin’s face cycled through several indiscernible expressions as he looked from me to Rick and then to me and then around the coffee shop for any other available seat. There were none.

“I hope I’m not interrupting. I just have some work emails to get through,” he said as he settled into the chair. “It’s my ritual to come here in the mornings.”

“Mine, too,” Rick said. “I thought you looked familiar.”

For a few more minutes, Calvin and Rick chatted ski gear while I searched for Director Rockwell, praying he’d yell, “cut” and put me out of my misery.

No such rescue arrived. To make matters worse, as Rick and I resumed our conversation, Calvin deftly wove in and out by asking the courteous questions Rick neglected. Or, by acknowledging our mutual connections on certain topics. “I really resonate with your stance on heirlooms!” he smiled.

Rick seemed to enjoy Calvin’s interjections, and I started to wonder if I was trapped in an episode of “The Bachelor: Candid Camera Edition.”

At last, Rick emptied his cup and made a polite farewell with a promise to text. I knew it was an empty promise. At best, our chemistry could be described as a nitrous oxide overdose. To Calvin, he said, “Great to meet you! Hope to see you again.”

Calvin concurred before resuming a steady clickity-clack on his keyboard. I slowly wrapped my scarf and lifted my coat off the chair. I was certain that whatever chance I might have had with Calvin was blown.

“I thought you said you had a meeting,” he remarked.

“That was a meeting.”

He grinned, his glimmering eyes numbed my kneecaps. “What kind of meeting?”

I blushed. “The kind that determines whether there’s going to be an actual date.”

“Hm…” he mused. “So is this a meeting?” He waggled his finger between us.

“It is if you no longer want to have lunch.”

Calvin no longer wanted lunch. He did want to get his dog out for a walk. Perhaps I’d like to join? I did. We walked in the snow for several hours. We talked sincerely. We discovered many compatibilities. We seemed set for a second date, but when I followed up over text a few days later, he never replied.

Who could blame him? Maybe he’d thought he’d found The One only to discover she was a double-dating damsel. Or maybe he and Rick met up again at Le Trendy, to talk of things from shoes to sealing wax. I like to imagine them together backcountry skiing. Best buds. Brought together by the world’s next best matchmaker.