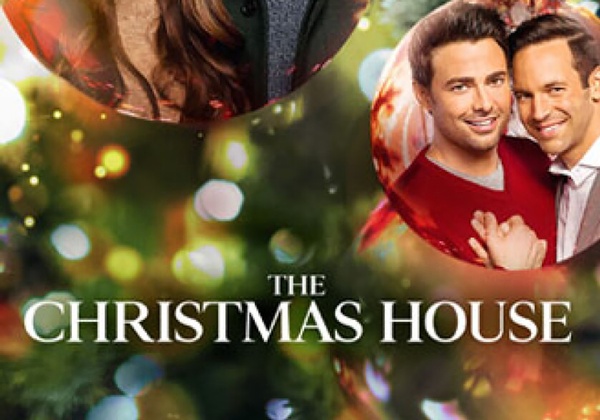 As men do, my brother-in-law and I have spent the last month watching straight-to-streaming Christmas movies together. And one Hanukkah one. Sometimes we let my sister join in, since she’s the one who suggests movies like “Die Hard” and the one where a hitman tries to kill Santa.

We find ourselves vastly underrepresented in these movies. After all, not once in 27 viewings since Thanksgiving did we witness a person who was white, straight and middle-class, with at least one dog AND divorced parents.

I can’t figure out how deceased parents are more Christmas-y than divorced ones. The holiday cinemascape is simply strewn with orphans, semi-orphans, mistakenly presumed-orphans and semi-orphans who are also otters. I counted more of each of these this Christmas than people whose Christmases look like mine.

How exactly could my bro-in-law and I randomly select, with most definitely no guidance from the Netflix algorithm, more movies with a person born out of wedlock (two) than born to married parents who later separated to explore their sexuality with other people (zero)?

We watched more Christmas movies with gay main characters and not just sidekicks (one) than divorced parents. We saw more pairs of Christmas parents who were multi-ethnic (six), who hit on their adult child’s love interest (two), and who were complete absentees (eight or 11, depending on how you count ‘em).

It’s frankly criminal that even someone who looks like me can fail to see himself represented in a single film at Christmas, if you put aside all the visual and cultural aspects of how he looks and focus solely on the parental dynamics. Not one of these flicks deals with a holiday cut in half, where a grown-ass man tries SO HARD not to eat too much at House #1 while also not offending Parent #1 by not eating enough; where that same grown-ass man pretends to each of his parents, just like in childhood, that they got him better gifts than the other parent; and, most importantly, where he can finally act like the extended step-family doesn’t even exist.

Perhaps worse than feeling myself underrepresented, particularly in the off-Hollywood variety of movies, is feeling myself poorly represented when they finally DO show someone like me. Divorce kids are a rare breed in Christmastown, but writers? Writers outpopulate the elves.

However, these writers are constructed out of Play-Doh, itself constructed of negative stereotypes that make us real flesh-and-blood writers look bad. They wear clean clothes. They make non-zero amounts of money. They have editors who ship them off to romantic wintry locales, and they (the writers, but also the wintry locales) worry more about their “careers” than “making rent.”

Or else the writer just buys an actual literal castle. Now everyone expects that I can buy a castle. Thanks, Christmas.

I cannot buy a castle – not yet! – but I CAN build an entirely new cinematic genre using only words.

Everything from roughly Labor Day to New Year’s Eve is oversaturated. But there is no such thing as a January movie. No film-worthy holidays after the ball drops: just loads of people giving up on a gym membership even though they paid for the year and stuffing their dead tree in the neighbor’s garbage bin on a moonless night.

Post-holidayism, like postmodernism and Post cereal before it, will be drab but real. All of us who fail to see ourselves in transparently flawed but ultimately perfect Christmas rom-com couples can find our niche here: not only divorced parents, but monotonous jobs, oil changes and doctor’s visits with frumpy doctors who we do not later bump into at the cocktail lounge on our Patagonian holiday.

WE OPEN on a well-used but under-maintained kitchen. A MAN is working on three days’ of stacked-up dishes when his grown DAUGHTER lets herself in the front door with a tower of Tupperware.

SLOANE: I brought you dinner, Dad. Did you see that someone shoveled your car in?

NORBERT: If it’s leftovers from your mother’s house, trash is where it always is.

SLOANE: God, you’ve been divorced for 20 years. When are you going to grow up and get over it? What if these are leftovers I made?

SHE SLIDES the pantry door open and drops the Tupperware in the garbage can.

NORBERT, looking over his shoulder: New jacket? I like it.

SLOANE: No, it’s old, and Mom definitely didn’t give it to me for Christmas.

NORBERT: I hate it. Just like I hate January. It’s drab, but it’s real. January, I mean, but also your jacket. At least this script will make good Oscar bait. That’s more than all those holiday specials can say.