Driving that train (an open letter to Uncle Sam) 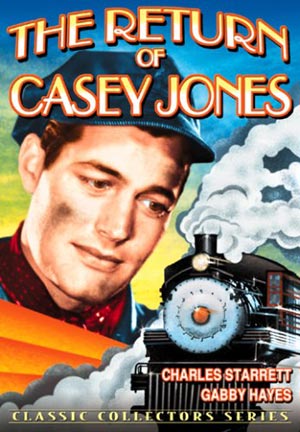 Since you just had a birthday, I thought I’d write. Sorry I’m late, but I hope you’ll forgive me.

I’m writing from Durango, Colo., and at this point, it’s really the only America I know all that well. Some call us the Four Corners region – I remember as a kid growing up in Illinois the only thing I knew about this area was that you could stand in all four states at the same time. Funny, even after living here for more than seven years, I still haven’t done that. Too many things to do, I guess.

I spend my days trying to find the best words, to paraphrase Dylan. There are all these responsibilities that come along with being a writer. The personal narrative stuff is easy, relatively, but when it comes to bigger things, especially involving you, it gets trickier.

For instance, we’ve got this big old fire burning here north of town. It’s been burning for over a month now. The Forest Service won’t say so, but we all know the train started the fire. Or, at least that’s what everyone is saying. If it’s not true, the train better hire a PR firm.

The firefighters are doing a tremendous job, and though there aren’t many things that unite all Americans, here in Durango each and every citizen is grateful for these heroes.

Apparently, from my inside sources, the Forest Service won’t likely announce that the train started the fire until the summer tourist season is over. Or, maybe they never will. It’s about money, I believe, you’ve always been about money, haven’t you? Paper with dead slave owners on them seems to rule this country.

As I said, I’m conflicted. I think I’m something of an environmentalist, though that word has connotations and associations. I guess I’m a liberal too, but that word is kinda lame as well. I’m conservative about some things, many things actually, but I’d never call myself that word, especially not in this climate. I don’t even like red hats anymore.

I guess I just feel bad for the good environmentalists, the good liberals, and the good conservatives. I know they are still all out there in America. It’s a bad time to be a good person, or maybe bad times need good people.

So I love Mother Earth, more than any church, bar or train, and in this context that makes me an environmentalist. I also don’t dislike the train. I’ve never ridden on it, and I might never ride it, but I always thought it was unique and nostalgic; a part of the Wild West that I didn’t mind still having around. It’s symbolic of Durango in 2018: modern, yet classic, with a dash of black smoke.

Could you imagine if the fire was started by an illegal immigrant instead of a coal-fired train? You could be damned sure there would be a massive public uproar, especially from the red hats.

I’m writing you because I don’t have the answer of what to do, or even how harsh my words should be for the train. I mean, it’s not like the train itself created this situation. And I know from what our president says now, that climate change isn’t even real. So is this drought real? I remember in December when it was 50 degrees. There has never been any secret that our forest was tinder dry, ready to be ablaze with the slightest amount of heat.

America, I see some of our people, and they worry me. I see a motorcyclist with a cigarette dangling from his mouth speeding through town with great abandon. I want to snatch that cigarette from his mouth and punch him in the face. Is that included in my rights during a Stage 2 fire ban? Don’t they know this place is already on fire? We clearly don’t need another one!

America, sometimes I want to hate you, and other times I want to love you. I know you were brilliant with creating these checks and balances, and term limits; I know you created them for people like this president we have now. And the one before, and the one before; all of them. Sometimes I think the liberals should have been tougher on Obama; we should have demanded more. And as I write this, your longest war still continues. I can’t even recall the last time I saw a headline about Afghanistan.

Maybe this whole train thing could be used as a learning lesson. Oh, I forgot though, you don’t really like learning from lessons easily do you? You like the hard way.

I’ll admit, I don’t have much faith in writing you. Perhaps I should have tried tweeting you, that’s easier isn’t it? Or maybe reaching out to a more local official, like our current Governor Hickenlooper? I hear he’s considering a run for president. He’s very American. He loves beer more than weed. He acts like a progressive, while encouraging the drinking of the red, white and blue Kool-Aid. I mean every time he comes here to Durango after a natural disaster he acts like everything is fine. He’ll drink the water after a toxic mine spill and go for a bike ride even when the air-quality rating is hazardous. Shoot, I bet he’d fire up that coal fired train and take it for a spin if it were up to him. And damn that guy can rock a jean jacket. So that means the big question remains: is America ready for a jean jacket president?

I guess if I don’t hear from you, I’ll try president Trump (no, it’s not an error that I didn’t capitalize president before his name, though that’s the way the Chicago Manual of Style suggests). I hear he’s really good about responding on Twitter. Somehow he finds the time. How does this sound: Yo @realdonaldtrump we made a mistake like old Casey Jones, we were driving that train, high on cocaine, and didn’t watch our speed ... any thoughts on what to do next?