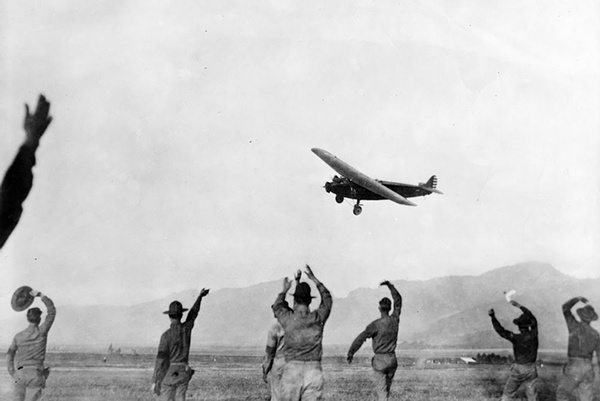 Recent news suggests the Air in Airbnb comes from CEO Brian Chesky who recently announced a ban on all party houses in response to a tragic shooting which left five dead in Orinda, Calif. A glass of wine is fine, but he’s forbidding – by international edict – the company’s 2.9 million Airbnb hosts to allow any of their 150 million users to party with more than 13 people in attendance. Good luck with that.

It just so happens I’d made an Airbnb reservation for two to stay in California the first week in November, less than a week after the Halloween party murders took place. In trying to clear the platform’s online security gates, I encountered technical glitches and a few misunderstandings, which I finally resolved by initiating a real time phone call and threatening to cancel my booking. When it comes to hanging on to the customer’s money, Airbnb does a five-star job.

The company was founded in 2008 by a couple of renters who earned a few extra dollars charging strangers inflationary rates to crash on an air mattress. Eleven years later, the idea bloated into a $35 billion data-saturated industry. Its understaffed army of 3,100 Airbnb employees tries to offer reasonable assurances that the space a customer is renting will be free of risks and irritations, like inaccurate descriptions, hidden cameras or trap doors, or even an inadequate supply of toilet paper. Ultimately, users rely on the host to provide a quality rental experience, and more times than not it works out fine.

Our tiny casita turned out to be comfortable enough, except for the incoming airlines on identical flight paths cueing up like billiard balls. The wheels and flaps were already down, locked into position, starting from before 8 a.m. and lasting until as late as 11 p.m. The planes were often two to three minutes apart – jumbo jets literally falling from the sky. They came so close an airline ornithologist could have easily identified individual species by the distinctive markings on their tails and under their wings.

After arriving at our rental and enduring the first day, I reread the host’s description for booking the property. The details clearly disclosed that air traffic existed in the neighborhood, so it shouldn’t have felt like a surprise. But awareness and experience are two different classes of tickets. These planes weren’t vaguely up there, circling like buzzards. I had the feeling these pilots might have mistaken the driveway where I parked my car for their intended runway.

By no means were we the only people having to deal with air traffic, but those who own or rent houses in the neighborhood hopefully are acclimated to the relentless audio bombardment. My first experience in the shadow of a passenger jet occurred decades ago while visiting my in-laws who lived directly under a Chicago O’Hare flight path. I remember sitting in their yard one warm afternoon drinking gin fizzes. As my father-in-law expounded loudly on the world’s problems, a jumbo jet crowded out the sun. His audible voice vanished, replaced by the sound of the jet’s turbines, but his lips kept moving, as if he thought we could still hear him. I nodded, sipped my gin and thought, well, at least one problem solved.

Truth be told, I still qualify as a flight path newbie. I was taken aback by the incessant noise because my senses haven’t lived long enough in an environment where constant noise prompts the brain to shield it with a protective layer of deafness. The property’s description also lauded the benefits of staying so close to the airport, which would be, it claimed, a convenience for those who arrived by air. And besides, it concluded, the air traffic doesn’t diminish the beauty of the neighborhood, which it didn’t, because we spent most of every day away from the casita, touring the sites of the city.

Like most businesses with an eye toward profits, Airbnb aspires to become even bigger by not attracting negative media attention. Five-star ratings and glowing customer reviews work just like cash in the corporate model of America, which is why I don’t want to be one of their monkeys, pedaling the feedback cycle with any kind of review. I’m just learning my lessons and moving on. Refusing to participate in the rating game doesn’t drive the algorithms wild, but I’m thinking of it as a kind of statistical protest – a stat-in, if you like.

Predictably, all online businesses like Facebook, Twitter, Instagram and myriad other popular sites aspire to grow so massive they are increasingly becoming incapable of policing the very activities they sponsor. Of course we jeopardize our safety by joining in, while some other things we just learn to live with. Plane. And simple.