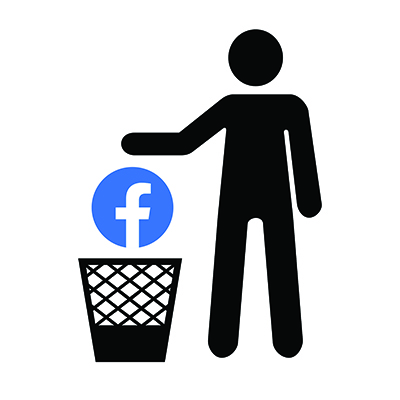 I remember the first time I heard about Facebook. My friend and I were in the public library – back before I could afford a laptop and internet – and he suggested I get on this new platform. “But, I’m already on Myspace,” I told him.

I eventually joined, but then found myself deleting my account, and then rejoining – much as people do on Tinder these days. This was circa 2008 and right around when I got my first professional job working in public relations and marketing at my alma mater up in Gunnison at Western Colorado University.

Facebook, Twitter, Reddit and blogging were the beginning of tearing up the old playbook of PR and marketing and setting a new set of rules of engagement. The older employees at Western didn’t know what to make of this new world, and because I was young, I was looked to as a social media expert. The reality was I didn’t know what to make of it either – I was trained in the world of newspaper and magazine writing. But I did have a better understanding than my bosses.

My job kept me logged into Facebook, as it went from a place to connect with friends to your Aunt Bertha being on there to getting sucked in to Q-Anon conspiracy theories, which were amplified by Facebook’s algorithm.

I enjoyed uploading photos and sharing my stories, and the platform was wildly successful for the business that I launched after leaving Western: The Climbing Zine. I was able to launch several successful Kickstarter campaigns, and my books and zines found more and more readers through this free platform.

Therein lies one of the major issues with Facebook. Since it’s free, they mine and sell every little piece of data they get from us to advertisers and other marketers. To this day, Facebook is nearly entirely funded by ads. So in a sense, Facebook itself is just one big advertisement, masquerading as news, photography, political rants, and whatever else is going on in there.

As you might be able to guess, this article is about me finally deleting my Facebook account. Though it continued to be a tool for my business, I found myself getting into political arguments with people who were my so-called “friends.” Logging onto Facebook would start to affect my mood, and frankly it became an unnecessary time waster. Nearly every time I logged in, there would be something that would make me angry, and then I would sit there, deciding whether to engage or just let the anger fester.

So, a few months ago, I just stopped checking it. And then months after that, I deleted my account. I didn’t make a post announcing I was leaving: that kind of seems like an alcoholic at the bar, drink in hand, announcing he or she is quitting drinking. I just did it, and though I’m sure I missed out on some traffic to my website and potential sales, I don’t miss the site one bit. Facebook had gone from a powerful tool to a complete time waster.

Of course there’s so much more to the story – I still use Instagram a lot, which is owned by Facebook – and I’ve been spending more time on LinkedIn. But what really strikes me when I reflect on those 12 years I was on Facebook is how much things have changed. I truly believe there are almost as many positives to social media as negatives. Then again, I am someone who makes money off social media, so I am probably biased. Last year one third of my online sales came directly from Instagram.

Facebook and social media have decentralized many things, including publishing. The downside of this is the horrific rise and proliferation of conspiracy theories and hate speech, which up until the Capitol insurrection, Facebook and Twitter let run wild and unregulated. The upside is that people like me can start a small business and compete with much larger traditional businesses.

I am addicted to my phone and social media as much as everyone else, but I am lucky enough to know a world before these technologies. And I also get to spend time in wild places where cell phones and the internet don’t work (yet). My best days are those when I don’t check the internet and focus on climbing and other recreational outdoor activities. (Perhaps as a society we need to designate cell service-free zones, much as we designate wilderness zones, for the sake of our collective mental health.)

I feel reluctant to call social media a necessary evil, because quite honestly, it’s created more good in my life than bad. At the end of the day, I feel social media is more social marketing, than anything else. I am glad that social media didn’t come out until I was an adult. I got bullied in junior high and high school, and I can’t imagine also being subject to that behavior online.

I think the verdict is still out whether or not social media is good for society. There’s no doubt it’s not going anywhere though. I’ve just been trying to keep myself in check and constantly questioning if where I spend my time on the internet is good for my mental health. At the end of the day, social media is about one thing: the almighty dollar, and companies that capitalize making money off our personal information and interests. Each and every one of us who use it should always keep that in mind.

Luke Mehall is the publisher of The Climbing Zine and host of the Dirtbag State of Mind podcast. You can’t find him on Facebook, but you can find him on Instagram and LinkedIn. More of his work can be read at climbingzine.com.