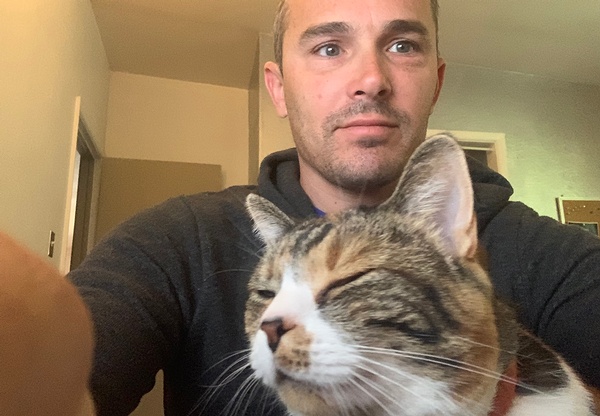 My life was changed at 16 by a single song. At first I never saw it coming. I was introduced to the 1990s version of hippies on a trip to visit a childhood friend in Michigan. Initially I was appalled and confused. I went to some parties with the young hippies and they were strange. But I liked some of the music, and my friend, Ganesh, let me steal a blank and make a tape of some Grateful Dead songs. It was 1995 and Jerry Garcia was still alive. (And so were cassette tapes.)

When life looks like easy street there is danger at your door. I can’t recall if it was that line – probably not – but that song, “Uncle John’s Band,” damn there was a magic in that. I played that tune over and over again in the back of the minivan while my mother drove back to Illinois.

A week later, Jerry Garcia died. I didn’t even know his name yet – after all I’d only been a Deadhead for a week. But the outpouring over his death made me realize he was special. And loved.

Last month, Robert Hunter, the writer behind most of Jerry Garcia’s songs, passed away at 78 years old. I was out on a leaf-peeping drive with my parents and girlfriend when I got the news from my childhood best friend, Two Tent Timmy. I already had some Grateful Dead queued up on my Spotify, as I often do. And as we rolled down Molas Pass back to Durango, all the while I thought about what Robert Hunter’s words meant to me.

Hunter’s words were as impactful to me as Jack Kerouac’s longing for the road and adventure. Yet, I haven’t read Kerouac in years, and I think that if I re-read On the Road it wouldn’t be the same. Somehow the Grateful Dead is still as exciting and insightful as it was 25 years ago.

Of course, we can’t proceed down the line without mentioning psychedelics. Hunter was given LSD by the CIA, as the United States government studied the drug on our own citizens, thinking they could use it as a tool for mind control on our enemies. Instead, Uncle Sam unknowingly launched a counter culture revolution that still continues today.

After Hunter’s death I didn’t come across too much media about him. He didn’t seem to do too many interviews and certainly didn’t seek out the limelight. I did come across one interview from 1988 with Terry Gross from “Fresh Air.” (Somehow Terry Gross sounds exactly the same from the late 1980s as she does now.) In that interview, Hunter referenced that very song that changed my life and opened up my heart and mind. He spoke about that line – when life looks like easy street there is danger at your door – and explained that it spoke to the self-congratulatory feeling that he got from the hippies. That they celebrated before they really accomplished much. And of course, isn’t that line so true? If only the hippies worked as hard for their goals as the Republicans and the climate deniers have.

And while there has not exactly been danger at my door these last few months, there has been a cat. Her name is Kitty Kitty, and she’s a calico that has been the alpha cat in this neighborhood for the last decade or so. Every morning for the last three months since we moved into our new place, she’s come by to say hello and hang out.

I was introduced to Kitty Kitty the day we moved in. And shortly after that, I met our neighbor and Kitty Kitty’s caretaker, an elderly woman named Bee. I love cats, and immediately took to Kitty Kitty. What can I say, I come from the lineage of Hemingway and Kerouac; a cat-loving, soft-hearted writer.

Soon, Kitty Kitty became a part of our lives. We’d help get her in at night when Bee had a hard time getting her in, and the neighborhood racoons were making their rounds. Kitty Kitty started hanging out so much that Bee even asked if we could take her. You see Bee was terminally ill with cancer, and had been for some time. Sadly, we could not take Kitty Kitty because Amber, my girlfriend, is allergic. Amber loved that cat as much as I did, and as much as she wanted to provide a new home for her, we simply couldn’t.

Last week Amber called me, and by the timing of the call I knew exactly what she was going to tell me: that Bee had died. She’d been admitted to the hospital just a couple days before, and I could sense from talking to her previously that she didn’t have much time left. The same day she died, Kitty Kitty was gone too, to a new home, and I sure hope, a good one. Please send me a message if you have her!

Kitty Kitty and Bee were only our neighbors for three months, yet we grew so accustomed to them. Bee was sort of particular about things, and a very private person, but we somehow managed to work our way into her life, mainly through her cat. Plus, I thought I should be the type of neighbor I would want for my own grandmother. My mom brought me up that way.

I’m not a person who cries a lot. Weird things like music make me cry, but other things that make other people cry don’t make me cry. I was thankful for my neighbor Bee to no longer be suffering. I miss Kitty Kitty dearly. I’ll shed a tear for Bee, for Robert Hunter, and most of all, I will try to live my life to the fullest to honor Hunter’s words, which have led me to places I could only have dreamt about, both internally and externally.

And though I could be wrong, I think I could sense what Hunter’s message was: it’s a big, crazy, beautiful world, and we should not squander this existence and all the possibilities that we have to create a meaningful, loving life for ourselves. Fare thee well my friend.

Luke Mehall is the author of five books, including The Desert, a dirtbag climbing book. He is also the publisher of The Climbing Zine, a tri-annual publication based here in Durango. He can be contacted at luke@climbingzine.com