To paraphrase my homey Chris Rock, all successful relationships are boring.

In perilous times like these, I turn to great activists like Martin Luther King Jr. and writers such as Bob Dylan for wisdom, but equally I turn to comedians. Chris Rock, Dave Chappelle and Kate McKinnon are the voices I need to affirm my own sanity.

Again, this La Vida of mine is not going to be all about Trump and Trumpism, mostly because I think I’ve got almost an entirely anti-Trump audience with this column. Why do I think that? Well, in all my pre-election Trump rants, I didn’t get a single reply, and I pulled no punches in those editorials. When George W Bush was president and I wrote editorials criticizing his policies, I used to get all kinds of letters. But, that was before the days of social media, so perhaps Facebook and Twitter are the new letters to the editor. (And your pro-Trump Uncle Rich is the new version of the Internet troll.) 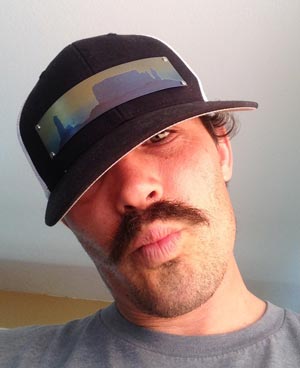 I mean at the very least I’d expect J. Paul Brown to write something, that guy stood by Trump until the very end, even after the “pussy grabbing” tapes were released. Where you at J. Paul? Write me back friend, let’s engage in some old school debating!

The misogyny, the racism, the xenophobia and the blatant lies are why most of us will never truly accept Trump as a legitimate president. Alas, I promised I’d keep my rant short, and I will, mostly because I’ve got something else important to discuss: dating.

This hit me while listening to some old Chris Rock standup about marriage. Now, you can always count on Chris Rock for a unique point of view, and he’s inspired me to write this: my tips for dating in 2017.

For a quick reference, I am 38 years old and have never been married. I guess you can say I’m a late bloomer – it took me until about 22 to learn how to talk to women without alcohol. So, you’ve got 16 years of dating experience here, and I’m going to give this information to you for free (don’t you love the Telegraph?) Why should you trust me? You read my last La Vida, right? I have a mustache, trust in the ‘stache people!

1. Here’s my first tip, something you won’t even find on pay-dating sites like Match: don’t drink on your first couple dates. Go out to coffee or tea. Take a walk in the park. Introduce your cats to one another. Alcohol makes people seem more interesting and attractive than they really are. Plus, you don’t find the real person after a few drinks. You find out who they wish they were! At a coffee shop, you can’t bullshit. Instead, you end up talking about your favorite books and your fascination for those Yay! Magnets. Boring shit like that. Alcohol makes boring people attractive and interesting, don’t fall for it.

2. Make fun of people. Real great relationships are based on what you dislike, not what you like. The world is an oyster full of weirdos waiting to be made fun of: the girl who wears her pajamas to the grocery store in the middle of the day. The small penis/big truck guys who rev their engines and speed past you on Main Ave. leaving you in a cloud of diesel smoke, only to stop right next to you at the next stoplight. These people need to be made fun of, and if you can’t do that with your significant other, you’re doomed.

Hell, you should even be making fun of yourselves: look in the mirror, you work three jobs just to pay rising rent costs and live in this town where you can’t afford to settle down and even buy a trailer. Move somewhere else, you damned fool. I hear Montrose is cheap. Start dating there.

3. Food. You must eat a meal early on and see what kind of eaters you are. The kale-eating vegan is never going to make it with the carnivore, not even if she or he, also likes kale. Personally I don’t like pickles. I find it offensive that every time you go get a burger or something they try to force a pickle on you. I mean I get it, some people like pickles, but 100 percent of people? Why do they assume the pickle?

How about chocolate? More people like chocolate than pickles. Plus, people do weird shit when they eat. Does he or she make that weird chewing noise? You know what I’m talking about. That noise could drive someone to murder.

But, if you both make that noise, maybe it might not bother you. Go eat some food people! Get right down to business, watch them chew, see if they treat the waiter with respect and if they tip. Because when it comes down to it, you can see into someone’s soul by how they treat people in the service industry, and because Durango is Durango, we’re all in the service industry! Not properly tipping is a cry for help.

4. To Tinder or not to Tinder? This one is in a grey area. On the one hand Tinder is the shallow- est form of communication known to the human race. It’s even worse than Facebook Messenger, or direct Twitter messages. Plus, in Durango, you already know half the people, so you’re swiping all over faces who you know but already dated, or don’t want to date, or already dated your best friend, and that kind of swiping does something to one’s soul.

However, I think Tinder is great if you’re not already meeting members of the opposite sex (or the same sex) who you’d like to have sex with on the day-to-day. I have friends who work for the Forest Service and such, and they aren’t meeting anyone but trees and rocks during the week. Do you really want to date a tree? Of course not, get on Tinder and start swiping.
5. Here’s something groundbreaking: be yourself and don’t take advice from friends. We’re all weird (again we live in Durango, why else would we be here?) and the truth is your significant other is going to see your funky self sooner or later. And, more importantly, they are going to have to love that weirdo. I believe there’s someone for everyone, and in the end we can’t change a thing about how we truly are.

For the latter part, I feel like the older you get, the more specific advice your married friends try to give you. In the end you probably won’t meet the love of your life on Tinder (but you might). You’ll more than likely meet that person at a restaurant, while you set your pickle aside, and she or he says, “Do you mind if I have your pickle?”

(Editor’s note: For the record, Luke, J. Paul has recently written – although not directly to you. Look for his letter to surface once the flood of fluoride letters subsides.)