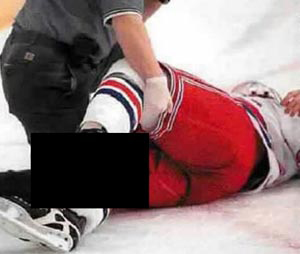 There comes a time in many Durangoans’ lives when they experience what I like to think of as an internal awakening. A time for deep self-reflection, where we pause and take stock of our current situation and where we are going. When that little voice in our heads pipes up and says, “What the eff are you doing?”

Unfortunately, there is no telling when this little tyrant of self-doubt will pop into one’s thoughts – but you can bet it will be during a most in-opportune time. Embarking on a rutted, exposed and chunky downhill. Above a blind, churning Class IV hole. Pulling into the City Market parking lot at 5 p.m.

Sure, nine times out of 10, it proves itself to be a needless distraction. A pesky fly on the shoulder of otherwise heroic pursuits of weekend warrior excellence and fortitude. But every so often, it’s trying to tell us something;
to save us from our own sloppy, mortal selves.

Take my recent birthday weekend (it’s an unspoken rule when your birthday falls on any day between Thursday – Monday you are allowed to make an entire weekend out of it. Sometimes an entire week if you can go the distance.) The weekend had gone swimmingly, filled with some of thus far harmless shenanigan, including but was not limited to bikes, fur vests, air arms, tequila and taking out a banjo player with some overzealous dance moves. The cherry on top was to be a noon rec league hockey game before a well-deserved afternoon of slothdom. I knew I was running on fumes at this point; but if I could just make it through the next hour, victory and a cold hair of the dog would be mine.

As I suited up, the Eternal (and internal) Pessimist surfaced. “It’s been a great weekend, why go and ruin it? Should a woman your age really be doing this – on her birthday no less? That’s just begging for trouble.”

True, I was no spring chicken. Or even a summer one. But then again, I knew plenty of men – and ladies – who played well into their 50s, 60s and even 70s. You’re only as young as you feel – which right about then would’ve put me at about a million-and-a-half – as I channeled my inner Russell Crowe and stepped into the gladiator rink.

And sure enough, once I stepped on the ice, the concerns faded. Just another casual Sunday afternoon shinny, I told my inner negative Nellie. Nothing to see here.

But then things took a turn for the worse, somewhere near the end of the third period. Things were heating up,
or as heated as shlub league hockey can get, and we were trailing by one. That’s when their ringer took a slapper from the blue line. Now normally in such a situation, it is prudent for anyone in the line of fire to either square up or scurry out of the way. Unfortunately, due to aging reflexes or perhaps a dulled sense of self-preservation, I decided to take the shot. It was level 5 beer league hockey, after all – no one’s really got that hard of a slapshhhh ... it.

And that’s when I went down like a sack of hockey pucks. In a last-second involuntary defensive move, I apparently had turned to the side and taken the puck square on my ankle bone. See, despite the fact that we hockey players go out dressed for mortal combat, it’s Murphy’s law that you will always be hit in the a spot where you have no protection other than skin and bone. And if you think I’m being a wuss, have someone wack your ankle bone with a sledgehammer, and we’ll talk.

As I lay limp on the ice, writhing in pain, I told tell myself it was the ultimate team sacrifice, taking that shot. I was a hero. But the truth is, only a moron would stand there and take a shot like that. And to add insult to severe, blunt-force injury, we ended up losing in OT anyway.

As for Ray Bourque Jr., he did apologize profusely. I congratulated him on his shot as I pathetically hobbled back to the bench and the locker room (I did learn that day that hockey sticks make great crutches). My game was over; birthday weekend was officially cancelled.

I gimped out of the rink shoeless, as my ankle had now swelled to the size of a tree trunk, and sat on the tailgate of the car nursing it with ice from the beer cooler. Over the next few days, my massive cankle exploded to epidemic proportions as I popped Advil like Tic-Tacs and tried to make do with a pair of my daughter’s crutches from second-grade. I wallowed in self-pity, Mary Jane salve and misery, having not reached such a recreational low point since the time I gave myself a black eye in a climbing skin mishap.

Why in god’s name did you not go to the doctor, you may ask? Well, simply put, it was a combination of stubborn pride and really sucky insurance. Plus, who needs a real medical diagnosis when you can consult the internet? Surely, Googling “slapshot to the ankle” would yield all the re-assuring and sound advice I needed. Like at least I didn’t end up like that poor guy from the red and white team (warning: not suitable for sensitive viewers, or really anyone who’s not a sadistic psychopath.)

Fortunately, as the days wore on, the swelling began to subside, and my gangrenous hamhock became quite the party trick (I’ve always been a bruiser.) Now, a couple weeks later, my toes have turned Everest climber black (a sing of healing, I’m told) and I can almost make out the faint outline of my ankle bone. Just the other day, I was finally able to stuff the puffy piggies back into skates.

So, was the little worry wart right? Should I have heeded that inner voice and gone home? Should I give up the things I love in favor of pastimes with more forgiving projectiles, such as ping pong, pickle ball or LARPing?

Probably. But then again, if I never did things I shouldn’t be doing, you dear reader would have nothing to read on your lunch break. So, I shall persevere on, making somewhat questionable decisions and showing you exactly what not to do.

And in the process, perhaps I, too, will learn a painful lesson or two. Like when life comes at you in a 80 mph slapshot, get the H-E-double hockey sticks out of the way. Because, as the great Wayne Gretzky once said, you miss 100 percent of the shots you never take.