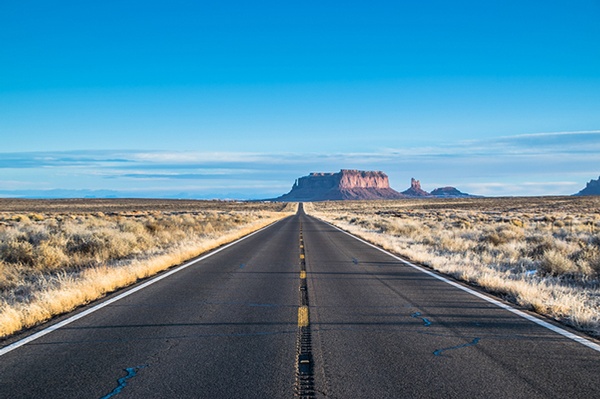 ‘Tis the season for thankfulness, and I’m reminded of someone I heard on the radio recently. He proposed that the simple ability to wake up in the morning (or, presumably, at all) is a gift. Any of us graced with movement and conscious awareness possess the greatest miracles in the universe, or something like that. I don’t remember his name or anything, and it might have actually been in a book, but whatever he said sure made an impact on me.

I for one am grateful for my freedom of movement, even if I haven’t moved particularly much this year. Life just got in the way of hiking and biking and tubing and such, as life does – but I’d rather life get in the way than have no life at all. So this Thanksgiving season, I’m going to express my gratitude for movement by loading up the dog in the truck and going for a drive.

And I’ll be sitting on my rump the whole time. What a blessing this country is. Man, does it ever feel good to move the real American way. I mean, you don’t think those pioneers strolled across the prairie, do you? And I guarantee the pilgrims wouldn’t have made it to Plymouth Chrysler Rock if they’d relied on their breaststroke.

I don’t know about you, but for me, nothing is more freeing than strapping myself to a bucket seat, slamming the door shut twice just to make sure because it’s kind of an old truck, and soaring down long, narrow, designated roadways between the yellow line and the white one.

I’m also thankful that we live near so many places with nonexistent cell service. People in other parts of the civilized world take for granted that they can reach their business associates and booty calls at any moment. Going straight to voicemail means someone is having an affair. Here, I suspect we take for granted that our loved ones may be effectively (and perhaps even legally) deceased for hours at a stretch before they are resuscitated by a few patchy bars on their phone. They’re just as likely pinned under a rock and being assessed by bears. That’s our reality, and I love it.

I realize my take may be ridiculed by people older than me, who flood my Facebook feed griping about how young people are always on their phones. But I actually like being out of range. I rediscover each time what it is to connect with the natural world, no screen mediating the experience save for my windshield.

I’m undistracted by notification alerts, and I don’t worry about my battery going dead. Plus, I learn who cares enough to send the very best, when someone calls in search and rescue because I might have neglected to mention when I planned on returning to the land of the living.

That’s why I’m thankful for places where no one knows my name. In those places, I get all the joys of eavesdropping on conversations without all the inconvenience of someone recognizing me in the grocery store when I’m wearing boots and pajamas because why should we have to get dressed up to go grocery shopping anyway?

The answer is: We shouldn’t. It’s bad enough that groceries aren’t yet delivered to us by drone, which as far as I can tell is one of only three good reasons for the existence of drones. If we could deliver milk to your door in the 1930s, we ought to be able to deliver Cheez-Its today.

But I wouldn’t want the newspaper delivered by drone. If it’s not going to be thrown onto the roof by a kid on a bicycle, I want to pick it up my own self. Which brings me to the last thing I’m thankful for: all of you who read it. For you, I stuck around civilization just a little while longer, so I could email the editor with my final draft. Now I’m too far out of range to do edits, which means that all errors that remain are hers.