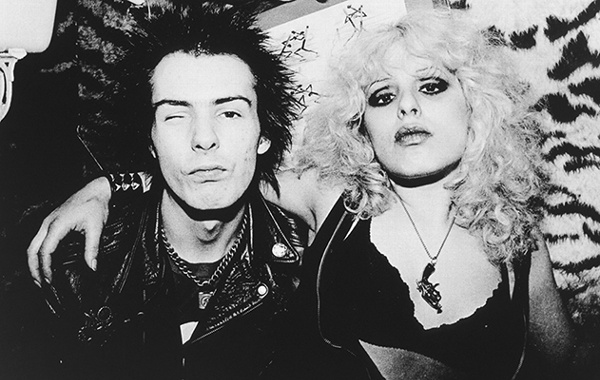 I just wrapped up my first-ever tour as a performing musician, and I am here to tell you that the lifestyle is every bit as sexy, glamorous, and dramatic as you imagine dreaming it is. Groupies. Parties spilling into hotel hallways. Massive amounts of free drugs. Booze-fueled hazes. Mudsharks. Free sandwiches.

Of course, I did not get to partake in any of that side of the lifestyle, because I spent all 10 days of the tour unloading and re-loading the Subaru.

No one ever told me when I was 15 and rocking out in my bedroom to songs that didn’t have Bm chords in them that becoming a star might start off with a lot of manual labor. I would have gone into some less-demanding field, like testing prototype jackhammers, had I any inkling that troubadours clock more physical exertion than Crossfitters. I am an artist for a reason, and that reason is that the heaviest lifting I do on a regular basis is asking the pet store clerk to help me with a bag of dog food.

So while I had rehearsed my songs for entire days ahead of the tour, and my bandmate’s songs even less, I had not so much as stretched before she pulled up to the house to load up.

I packed light for this tour. Oxygen on Embers is an alt-folk duo, so we require nothing fancy. No lights, no fog machine, minimal pyrotechnics. It was just me and my guitar. And my other guitar. Two amps, guitar stands, mic stand, cables, extension cords. Harmonicas, of course. Small suitcase, hanging clothes, change of shoes, rain jacket. Assorted hats. Cooler of snacks. Bag of food. Box of band merch. I’m not bragging, but I have to say, my packing was as stripped-down as our sound.

But my bandmate – let’s call her Carson, because why should she remain anonymous here – had the gall to pack her own instruments, and her own stands and cables, and her own clothes and changes of clothes, AND – something I would never once have considered bringing on tour myself – her purse.

By the time we Grinched every last guitar string into the back and middle and front of the car, I had no choice but to travel as a solo act.

Kidding! I’m not Art Garfunkel, but I knew I was better off performing with Carson, because she booked all our shows and knew where we were going and when we needed to be there.

She also booked our hotels and Airbnbs and spare rooms along the tour route. Apparently, she did not consider how much she was packing, because she booked places with stairs.

That first night, though, I had my most rock-and-roll moment of the entire tour. I woke up in the night in the bathroom, blood dripping from my eyebrow, no idea what had just happened and highly satisfied with the scab I was likely to sport.

I had yet to stumble upon any groupies with high-grade dope, so I don’t know if my heavy-metal sleepwalking was caused by unloading all the gear, or the memory foam mattress, or my general badassery. It taught me, though, that I did not need any assistance to have a mind- and life-altering experience on this tour. I’d had it already, before playing a single show. I felt fortunate to be alive, and free to go on stage and share myself through song. Nothing that could happen to me on stage could be worse than nearly dying next to a toilet.

I survived it all, and more than that, I grew inside in the process. Now that I’m home, and that trauma has worn off, I’m already game to go on the next tour. This time, maybe that nice clerk from the pet store wants to be our roadie.