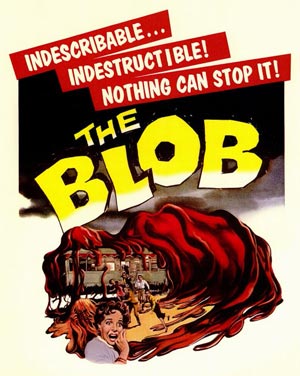 As a parent of young children, one can’t help but worry about the future trials and tribulations of adolescence. Drugs, alcohol, cyber bullying, zits – we all know it comes with the territory. But in recent years, there’s been a new epidemic that’s oozed its insidious way into homes with tweener children across America, inserting itself into every nook, cranny and couch crevice of domestic life.

Yes, I am talking about slime.

Now in case you somehow managed to avoid this latest tactile addiction of the selfie generation, allow me to explain. Slime, as the name conjures, is a viscous, strangely gooey yet not sticky, globulous, chemical concoction comparable to a giant booger with which they can’t seem to stop playing. And not unlike the creature from that 1950s horror film “The Blob,” once it enters your life, you’re a goner. Or at least your Tupperware, but more on that in a second. And here’s the part where it gets really scary. The stuff never seems to harden. Ever. Like the disturbing
video of the McDonald’s hamburger left on the shelf that never grew mold. That’s right – slime can never die.

Best of all, like ooblek on steroids, slime can be made entirely at home. With an ingredient list that reads right out of “Breaking Bad,” various “recipes” include but are not limited to: shaving cream, borax, saline solution, food coloring, body lotion, acetone and the indispensable magical elixir that holds it all together, Elmer’s glue. Optional bedazzlements include glitter, sequins, sparkles, glass beads and teeny tiny styrofoam balls that serve no other purpose except to get stuck in the dog’s fur and find their way into your morning coffee and pretty much every other orifice of your daily life.

So what’s the big deal? Sounds like a healthy, creative hobby and beats the hell out of video games or Snapchatting their little faces off. And at least they’re putting the glue to good use rather than sniffing it like the good old days.

But here’s the problem. This slime, it’s like crack for tweenage girls, I tell you. If they’re not constantly transfixed with it like some kind of zombie taffy-puller, they’re hunched over in the corner of their rooms cooking up the next batch. They carry little vials of it around in their backpacks at all times and have been known to swap their lunch for some premium-grade stuff. And lest you be sweetly reminiscing about the innocent little white Elmer’s bottle with the for-ever-clogged orange cap of your youth, forget it. Today’s slime junkies buy glue by the gallon, in massive industrial vats from Wal-Mart where the whole town can see: you’ve got a problem.

I finally got clued in that we had a situation when the aforementioned Tupperware began to disappear. I found it odd but didn’t give it much thought until one day I peered behind my daughter’s bedroom door. Now, this can typically be a terrifying experience for anybody, but what I saw was like a scene right out of “Slime Hoarders.” There, several stacks deep, was all my Gladware – as well as some she had bought on her own – filled with various hues and varieties of the gelatinous goo. I mean, what girl in modern American society spends her hard-earned baby-sitting money on reusable plastic containers?

I recoiled in horror and shame. How did things get this bad? Maybe I should have seen the warning signs –we seemed to be going through an awful lot of shaving cream lately. Then there were all the empty bottles of contact solution in the recycling bin, a dead giveaway when no one in the family wears contacts.

My first thought was an intervention, but I know this slime thing can be a slippery slope. Plus, I myself was known to have quite the Play-doh habit as a young child, even going so far as to acquire the “Fuzzy Pumper Barber Shop” one year for Christmas. Alas, my dreams of becoming a hair-dresser – for myself or others – were never fulfilled due to a cruel twist of fate and a complete and utter lack of talent.

But this – this was different. It had also come to my attention that my daughter, essentially, was the middle school slime pusher. One week, she came home with $24 and a bag of Cheetos. She had even become an Instagram celebrity with her slime videos – made on brand-new marble kitchen counters, I might add – drawing hundreds of followers.

It was as if she had become a mini slime mogul. All at the tender age of 12. I must say, despite the pink slime that was permanently ground into the shag rug in her room or the purple sparkly ceiling blotch (the result of late-night adult slime shenanigans), I felt a small twinge of pride. After all, when I was her age, I could barely make a Shrinky Dink in my Easy Bake Oven without burning the house down, let alone become a Shrinky Dink kingpin. Who knows? If she stuck with it, maybe she’d get a full-ride slime scholarship or at least a job working the pink slime machine at a hamburger factory.

The possibilities were almost as limitless as the variations of slime recipes on the internet. The world was her slimy, gooey, sparkly, rainbow-colored, vanilla and coconut-scented oyster. And perhaps some day, when she became a global slime magnate, she’d be able to forgive me for divulging her slimaholism to the world.

But till then, I think I’ll buy some stock in Elmer’s just to be safe.