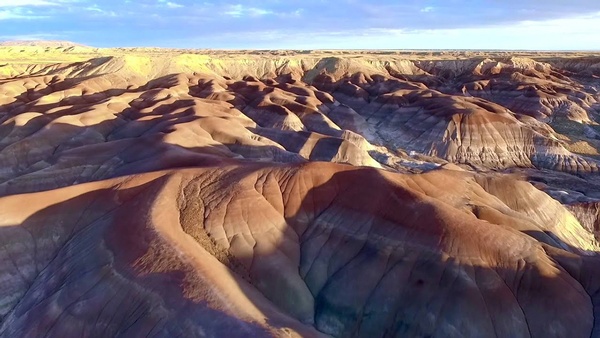 After my latest used car purchase, I filled the gas tank and headed out for a serious road test that would take me all the way to Sedona, Ariz. The engine had only 27,000 certified miles on it and for the first time I was behind the wheel of a vehicle built in the same decade that I was living. As I reached to crank up the heat, I pushed a funny little button with an icon of wavy lines hovering in the air and a radiant warmth bathed my butt in comfort. “Holy shit!” I said aloud.

For me, a replacement car has never been a new experience. I’ve owned 24 vehicles in my 50 years of licensed driving, but none were factory fresh. Other drivers broke them in for me. I am fully capable of going into debt like 80 percent of the public, but based on the way new things sparkle for such a short a time in my presence, I stay away from the showroom, and technically, the showroom sales staff tends to keep me at a distance too.

Like the Edsel, I was born with a glitch, an uncanny unconscious impulse that damages every nice thing I’ve ever owned. I don’t mean I actually destroy my property. No, I just crack, scrape, scratch, ding or crease the sleek new thing shortly after taking possession. After the “incident,” the future seems to work out just fine, but the scar from that oops moment lingers, perhaps to remind me of my destiny.

This new used car ran beautifully all the way to Sedona. The weather surprised me with sunshine and dry pavement after a threatening storm forecast. I checked into an overpriced motel room, hiked a few paths and slept until the next morning. Before leaving town, I decided to experiment with a navigation system that didn’t involve unfolding and refolding maps along well-worn creases. I entered into the dashboard display the name, Humane Society Thrift Store. I can’t imagine any living thing on this planet that understands living a new-used life better than sheltered animals.

When I arrived, I experienced a rather tense moment trying to decide on the safest parking spot, one where other drivers would be able to inflict only minimal damage. I didn’t realize at the time that human beings were the least of my worries.

Walking away from the car after locking it, I glanced approvingly over my shoulder at its perfectly luminous white sheen. The dealer labeled it “Blizzard Pearl,” which also means white, so much like every other vehicle in any given parking lot. White is considered a “safe” color with excellent visibility and has been America’s top automotive paint choice since 2006. For me, of course, the paint came with the car.

What happened next wasn’t anyone’s fault. I’d parked at the end of a short row where I reasoned the car would be protected on one side, and I positioned it so the customer parked on my passenger side had plenty of space to fling his or her doors wide open.

Finished with shopping and stepping outside, I was horrified. My car had been transformed into one of Cruella De Vil’s 101 Dalmatians. The hood, windshield, and roof were splattered with what I first thought might only be mud, but upon closer examination I realized was bird shit.

One kamikaze bird I could have forgiven, but an entire flock of winged creatures? Perhaps a full-fledged wedge of migrating geese,or possibly a ghost squadron of petulant passenger pigeons?

The car next to me did not reveal one drop. I walked to the passenger side and examined the pavement: entirely clean. I had been targeted.

At the convenience store next door, I commandeered two windshield squeegees, running back and forth between the fluid container, attempting to clean the mess off my car before the paint-eating slime dried. Ten minutes of scrubbing left me feeling – I should say it – pooped.

But on the drive home through Navajo country, the vistas literally lifted my eyes, making it impossible to obsess over my misadventure. Walk in beauty, a traditional prayer reminded me: walk in beauty and leave the negativity behind.

Then the cloud-laden skies loosed a flurry of snowflakes that danced against the windshield, and at last I knew what the Earth had been trying to tell me. Bird or cloud, wind or sun – everything embraces its flaw.

In homage to the moment, I pulled to the shoulder and opened the hood. As if shouting into a tin horn, I declared, “I forgive you.” Snowflakes swept past my head and pressed into the engine compartment. A word shaped itself out of a cloud in my head: Beauty.

A better name for this model than Highlander. Go in Beauty. And I went.