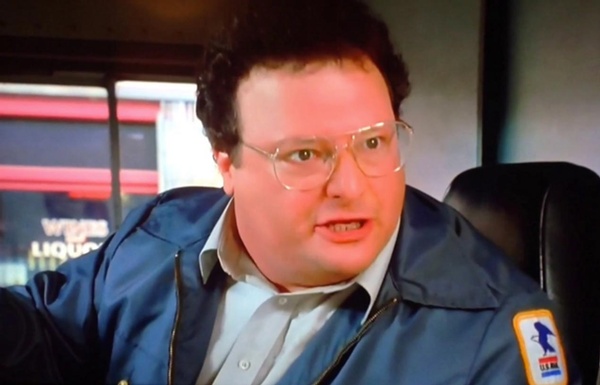 I spend just about as much time shipping as I do writing. People seemed to be surprised by that –well except for the ladies at the post office. They see me every day.

I’m closing in on seven years in Durango, but those seven years have gone by faster than any time period of my life. I hear the older you get the quicker time flies by. Then Trump got elected, and it feels like we’ve been stuck with that sonofabitch forever, and it’s only been less than a year. I guess Einstein said it best: “Time is relative.”

Durango has been good to me. I launched my publishing business here, and I’ve met the woman of my dreams. In the meantime I’ve met so many quality people, which makes grocery store visits more involved some-
times, but overall makes me feel like I’m a part of a very special community.

Our community is far from perfect, in fact the longer I live here, the worse our problems seem. I guess that is the human condition, so much good, intelligence and beauty; and so much ignorance, evil and ugliness.

When I was a youngster in the ’90s, a simpler time for middle class America, the phrase for losing your shit was, “going postal.” I think a post office employee or two had gone off the rails, and somehow, “postal” was equated with doing something crazy.

Well, shit, in 2017 a lot of America has “gone postal,” while the post office itself, at least in Durango, remains a friendly place.

After years of daily visits, I am on a first-name basis with many of the postal employees who work the front counter. Tiffany calls me “The Bookman,” and Yo recently teased me about not always saying “hi” to her when she’s all the way down on the other end. Char is always nice to me, and never complains even when I have a tall stack of books to ship.

“Going postal” these days to me means getting treated with respect and friendliness. Oh, how far we’ve come from the ’90s.

But, in the interest of “keeping it real,” cause that’s how we did it in the ’90s, I see a lot of riff-raff and rookies in the post office line. And, then I start to see why some post office employees might become unraveled after 20 years of dealing with idiots who can’t figure out how to put something in a box, tape it properly and write an address on it. It’s not rocket surgery.

I know from my time waiting in line, that the closer it gets to the holiday season, the more hectic and stressful the post office becomes. You can sense it in the air when there’s a big line, and some people seem surprised by how long it takes, as if they are the only ones sending out gifts during the holidaze. Often, I’ll hear someone lose their patience and complain loud enough for everyone in the place to hear, which really makes my blood boil.

I’ve never seen any of the workers lose it on anyone, though if I had their job, I certainly would. I recently got out of the restaurant industry, and a big part of the reason was that I simply couldn’t handle the general public anymore. So many people are rude and get upset at the most petty of things.

That said, working at a busy restaurant in Durango wasn’t all that bad, and the locals generally always kept me in a good mood. Sometimes, they could even sense if I was in a bad mood, or feeling rushed. Something simple like “how’s your night going brother?” could improve my attitude, and make me realize that people really do care.

Strangely enough, the worst encounter I ever had in my 20 years of restaurants was with a local guy who is a minister in his 50s or early 60s. Through the grapevine, we learned he was a creeper who has a thing for younger women, which made all of us employees despise him, appropriately. He never smiled at the dudes who helped him, but when the young girls did, he flashed a creepy smile.

One day it was exceptionally hectic in the restaurant and this guy came through the line. As usual, he placed his order to me without a smile. He made his typical picky requests in a rude manner, the last of which was to strain the bean juice out of his beans. I followed his orders like any good service industry worker does, and then out of the corner of my eye, I watched the utensil filled with beans slip back into the container, filling it with juice. Before I could do anything, Creepy McGee starts yelling at me, in front of the entire restaurant, “Are you trying to f*** me? Are you f****ing me?”

Our eyes locked in a way that hasn’t happened to me since high school. Those were fighting words, and for a brief second I thought about fisticuffs in the parking lot. Then I just stepped away from the situation, and it eventually melted into comedy. At the restaurant, we made fun of that incident for months.

All over some bean juice.

For the next year, whenever Creepy McGee came in to eat, I ignored him. We referred to him as “my nemesis,” and my fellow employees knew that and would take his order so I didn’t have to. Occasionally, like any other human, I fantasized about revenge. Those fantasies, like finding the right comeback in the middle of a heated dispute, rarely come to fruition. But, something bigger and better happened.

One day, Creepy McGee came in with a ladyfriend who was surprisingly near his age. I didn’t recognize him at first because he was so happy. As he approached the line, grinning from ear to ear, I happened to notice him and his ladyfriend were wearing matching bedazzled Disneyland shirts. Matching. Bedazzled. Disneyland. Shirts.

And that was enough for me; at that moment I knew there was a God, and that God delivered to me that site of a pathetic man, all bedazzled up like a chump. When I watched him pull away out of the parking lot in his Prius, I silently said, “Thank you baby Jesus... .”

But, back to the post office. It’s going to get rough waiting in line as America celebrates the holidaze. I’ve found a book or a smartphone goes a long way (I make most of my Instagram posts while waiting in line). What goes even further is a smile and some pleasantries, the Durango way of “going postal.”