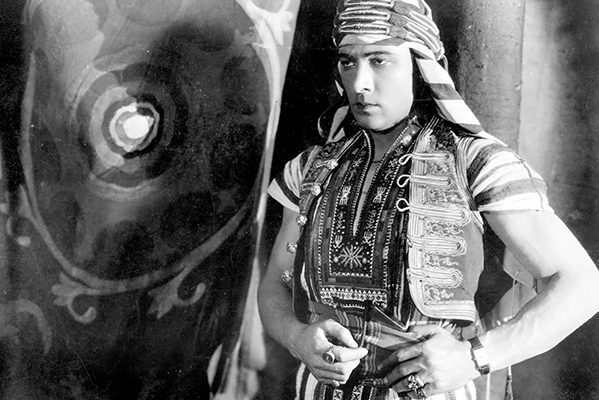 However, just because it’s in my bloodstream doesn’t mean I know how to use it. Kind of like white blood cells, actually. I just trust them to come out when I need them.

But what about those times I want Spanish but don’t necessarily need it? I never learned to call it forth on command, any more than I can coagulate on command. So that’s why I’m taking Spanish lessons.

More accurately, I have taken a Spanish lesson. As in uno. And already, all sorts of dormant words are waking up. Things like hasta la vista, baby, and yo quiero something something and y tu mama? tambie?n and phrases you probably can’t print in a public newspaper even without the accompanying translations. Also, for some unknown reason, mie?rcoles, which is either whipped cream or mascarpone.

It’s empowering to discover just how well-stocked my brain already is, because the more I know, the less I have to work to become fluent enough to dance el tango.

That’s the real reason I took my Spanish lesson, after all. Just as culinary artists learn French and advertisers learn to talk like youths these days, I decided it was high time to learn the language of this dance I love. The best part, pedagogically speaking, is that one need no speak at all to dance el tango.

You see, it’s all in the eyes. When one wants to dance with a woman, one does not ask her to bailar. Oh no. One makes intense eyes at said woman until finally, three or so hours into the night, she makes eye contact back. Thus, she agrees to dance three songs with one – in a row, mind you. And so long as one does not step on her toes, one need not say anything at all. All communication in the dance happens with the heart. Which pumps blood. Which is where my Spanish lives anyway. ¡Bueno!

But the day after my lesson, I discovered a new reason that makes learning Spanish sound even more impressive: it’s openly rebellious.

I haven’t traveled the world, but I’ve hit maybe three of its four corners. I therefore know that a passport is the most valuable thing you can possess abroad, aside from the ability to pass as Canadian. You’d rather misplace your left arm in the vicinity of a Dublin heroin deal than lose your passport under a sheath of mold. Which sounds arbitrary and random, I know, but my passport did mold in Ireland, and I feared I might never get home if the

Homeland Security agent was allergic. But I could laugh it all off in the end, because passports are admirably resilient, and also because my last name didn’t sound like the street names back home. Nowadays, having a last name paired with the secondmost common native language in the world (hint: it’s Spanish) is enough to get your American passport – and with it, the protections and benefits of your United States citizenship – yoinked from you without cause.

I’m aware that I’ve engaged in hyperbole here twice, maybe thrice, before. So you’d be forgiven for thinking I’m exaggerating. You’d also be wrong. American citizens are losing their passports at the border because they are Hispanic. ICE agents are going to Hispanic citizens’ homes and confiscating their passports. Americans are being detained by ICE simply because they spoke Spanish in public.

You know what I did last week for an hour in a coffee shop? I spoke Spanish in public. I could have been forced to surrender my passport and been carted away just for saying ¿Donde esta el ban?o? ¿Donde esta el supermercado? ¿Donde esta mie?rcoles? even though I didn’t actually mean a single one of those questions.

It didn’t happen, even with my marvelously trilled r’s, because I am a gringo. It’s happening now to someone, though. The fundamental rights of citizenship are being disregarded during passport renewals simply because the State Department can declare that it doesn’t believe you when you prove your citizenship.

So speaking Spanish is now subversive. I don’t care if this column is seditious – I encourage you to speak it too. Speak Farsi and Klingon and whatever else you’ve got. Let our compatriots know, whatever languages they speak, that estamos juntos. It’s civil disobedience at its most linguistic.

And then, come dance with me, por favor. I’m getting tired of staring at you already.