Call me a skeptic, but when the Fibber in Chief tells me not to worry, well, I worry. And when he tells me that the man who doesn’t believe in evolution, climate change or really anything scientific whatsoever, will be in charge of handling this deadly virus that we should not be worried about, I worry more. There’s just something about “infectious viral pneumonia” that doesn’t exactly put the mind at ease. 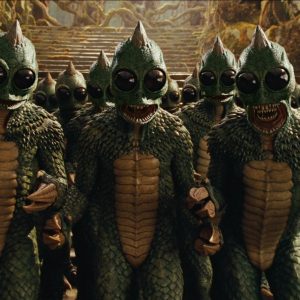 But then again, I may be a little nose-worn in the illness department. See, while the rest of the world is battling the COVID-19, we here in Durango have been dealing with another onerous bug: DOVID-20.

Yes, I know it may be a stretch to compare a borderline global pandemic with the local crud, but I am just going to say from personal experience that this year’s crop is particularly nasty. Sure, as far as I know no one has died from DOVID-20. But I would not blame my family one bit for putting the pillow in my face (you know it’s bad when you wake yourself up from your own snoring – but more on that in a bit).

It is not my intention to whine – ok, maybe a little since I can’t actually “wine” right now – but to share my plight in the hopes others can find comfort in my pain. Just a warning: the details are not pretty.

It was the Sunday after my 50th birthday ski weekend, and I woke up with a hellacious sore throat. “You’re just hungover from the shot ski,” a friend reassured me. Or maybe it was the shot glass fashioned from duct tape. Followed by the late-night karaoke session, followed by beers for breakfast. Whatever the case, I believed her – she’s not a doctor, but she plays one on Google (and she does a mean Olivia Newton John).

Alas, a week later there was no improvement. In fact, things were worse. The office became a germatorium, and I was a hacking, hocking, honking, hot mess. I say “hot” in the literal sense, as there was nothing “hot” about feeling like a Sleestack and making constant old man noises (unless you’re into that kind of thing.) Meanwhile, the mountain of Kleenex beside my bed grew to epic proportions.

“I last saw her somewhere near Crusty Crevasse – send in the Ricola search party.”

In addition to the aforementioned snoring (a result of my newfound status as a full-on mouth breather), I also became afflicted by something I can only describe as “lung sharts” – sudden, explosive eruptions from my overly taxed bronchia. I believe the medical term is a “productive” cough, which actually makes me feel better about grossing everyone out. “I had a really productive day today. I produced 375 lung sharts, including one that was the spitting image of Guy Fieri. Get it, ‘spitting?’”

Of course, when you say this, no one laughs or tells you good job. Instead, they back away slowly and douse themselves in hand sanitizer like an “Axe” commercial.

As fun as this sounds, it gets better. Three and a half weeks into the super cold from hell, influenza decided to get in on the action. I never thought it was possible to get an illness on top of an illness. One would think any self-respecting pathogen would take a look at the living conditions and move on.

“That nasty bacteria already took up all the good parking spaces in the sinus cavity, and the neighbors are total snots.”

No such luck. It seems the two actually make good bedfellows – which is exactly where I ended up for the next few days.

Right about now, you are probably thinking I must have horrendous personal hygiene, which I vehemently deny. In fact, I wash my hands so much I make Lady MacBeth look like a slacker. I blame it on the fact that a lot of my free time in the winter is spent inside ice rinks. Sure, that gleaming white surface may look pristine, but trust me: it is a frozen petri dish of pestilence. Think about it. When’s the last time you saw a hockey player politely snot rocket into a handkerchief or discreetly hock a loogie into a tissue? And blood? Everyone knows it’s cool to leave it on your jersey. In fact, other than bowling shoes, there is no sporting gear more disgusting than the contents of a hockey bag.

Then there’s this thing about the handshake. After. Every. Game. It matters not if opposing teams were mortal enemies mere seconds before. When the final buzzer sounds, everyone lines up and shakes hands, mano y mano, and goes out to drink beer in the parking lot. Sure, you can try a fist bump, but bear in mind, this is a sport where it’s considered prestigious to have missing teeth. A little thing like a microscopic germ isn’t going to bother anyone.

Of course, all this sickness does come with perks. I got to take my first real sick day from work, something I haven’t done since birthing children more than a decade ago. I’ve also become a born-again sober person and can now fit into my “skinny” jeans due to the “all food tastes like bland mush” diet. Plus, turns out coughing is a great ab workout.

But mostly, it’s given me perspective on if and when this coronavirus thing ever gets real. For example, if we go into lock down mode, I want to make sure I’m stocked up on the essentials, like Puffs, pamplemousse La Croix, an econo tub of Vicks, an even bigger econo tub of Advil and all eight seasons of “Game of Thrones,” which I never got around to watching.

And in the meantime, if I refuse to drink from your shot ski or shake your hand, please, don’t take it personally.