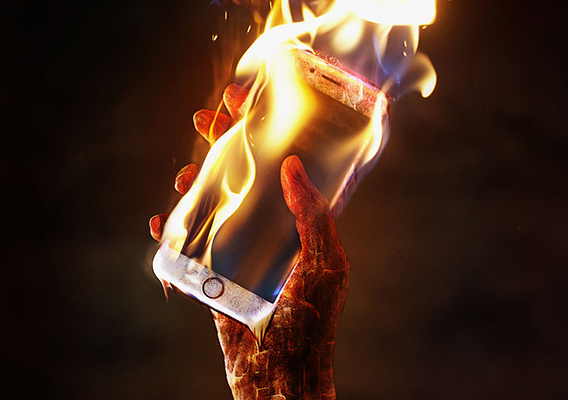 At the annual winter solstice bonfire, we stood around a mound of dry limbs, wrapped in layers of material warmth, anxious for that moment when the fire finally catches and the crisp branches burst into bright orange flames, all of us just waiting to be overwhelmed by a rush of fire and light. The man beside me, blowing into his ungloved hands as if he held a bird’s nest, leaned toward me to ask a flinty question.

“At what exact time does the solstice finally begin?”

December 21st is usually the shortest day of the year, but at what point in time the curtain between autumn and winter gets drawn is anyone’s guess. At least I had no idea. Leaving my hands jammed deep into my pockets, I leaned back and shouted very loudly at the star-speckled sky.

Suddenly I became the center of attention. Eyes shifted from the woody mound. I shrugged. The man beside me stepped away, just a bit. Then he clapped his hands and laughed.

“I get it, a cosmic technology joke!”

And just then the fire rushed up its rickety ladder of limbs and stood nearly 50 feet tall, a behemoth clothed in light. I thought, well, maybe now is as good a time as any.

I’m actually pleased that Siri wasn’t listening via any plugin to the stars, and that Alexa was napping, perhaps in the back of an Amazon delivery truck, or that Google Assistant had more important inquiries, like discovering its own moniker, and that Microsoft’s Cortana hadn’t yet fully answered to its role as the universe’s personal assistant. You see, if I wanted a voice-activated secretary, I would probably have adopted a dog. Possibly a pit bull.

So hackers be warned, those who have broken new ground into the surveillance world by illegally accessing home cameras. Ring devices, for example, have been named in a class action lawsuit which cites a lack of due diligence by Ring, and especially Amazon, in providing “robust” security protections for their customers. I don’t know which side will prevail in the lawsuit, but sadly – despite the absurdity of revealing one’s presence by talking to his victims – the hackers are not being sued or held accountable for their actions.

Smart phones, iPads and android tablets, smart televisions and even your not-so-smart ding-dong doorbell contain serious flaws, enough to allow  criminals into your personal world without much technical effort, partly because users often fail to update security protocols, and especially because we are often too lazy or uninformed about changing the default passwords that came with our devices. Manufacturers continue to defend themselves by explaining in no uncertain terms: default is yours.

A bonfire, though, is the antithesis of technology. It’s a primitive combustible pile of organic fluff that will burn anyone and anything that gets too close. A spectacle so hot any terms of service or privacy policy would not allow the user to get close enough to agree to the risks. Sleepy, disoriented neighbors glancing out their windows, for instance, might mistake the glow for sunrise. Police and fire personnel might grow anxious if the party’s host fails to call ahead, advising them of their plans.

Yet if we take all the obvious precautions, rake debris from around the bonfire so sparks won’t ignite a brushfire and arrange a garden hose within easy reach, we are still in danger. To be prepared for an emergency my friend showed me how to locate the faucet valve and turn the hose on. You could say he retrofitted the old technology and invented a smart faucet. The mistake he made without realizing it is that he told me.

Maybe the instinct to surround ourselves with cameras and automated, instantaneous answers to our every whim has been instinctively lodged within us since the beginning of human time. You know, that endless “search for meaning” in the chaotic universe. Our cave forefathers and foremothers stared into the fire like we gaze into our backlit phone screens and hope that someone is actually listening.

Of course, theological and technological presences are hardly the same thing. The parable of Steve Jobs, for instance, lacks a moral depth when compared to the Book of Job. Profits and prophets are so easily confused, though biblically Job does end up with all his money returned, plus additional wealth for obeying the directive. His economic boon allows us to disregard his misery.

As technologies advance at an unprecedented pace, we may have reason to feel disoriented or “disconnected” by our social media. We may have, as the old 1990s Virginia Slims cigarette commercial phrased it, “come a long way, baby” but surely – whatever its design – we are still playing with fire.