Housing hell
You think Halloween is scary? Try finding a rental in Durango 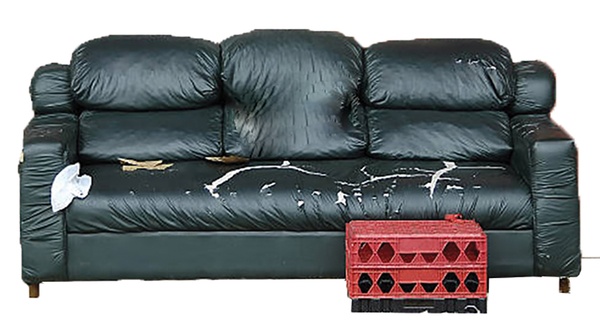 I’ve lived in Durango for 16 years, which I think certifies me as a gritty local who is allowed to be a little curmudgeonly. And that is how I get when I see a house being knocked down to build a bigger one or another rental turned into a vacation home. I have to remind myself, through my clamped jaw, that it’s fine.

You don’t know, because I myself thought I knew. But I didn’t realize how bad it actually was until I was pushed off the cliff and into the rental market – aka hours of searching in a fit of insane laughter.

The first rental I looked at when I was still naive and thought $1,000 for a studio was expensive was the basement of a garage. It was already furnished with a faux torn-up leather couch and a pool table as a focal point. There was a small space for a twin-sized bed behind the couch and under the spiral staircase that led to nowhere. There, the landlord said, was where the previous tenants slept.

But the previous tenants were the homeowner’s sons who would be coming home from college in the spring to kick me (or whomever rented the space) out, so they could play pool and hang out on their faux leather couch with their dumb, gross college friends. (I’m sure they’re fine. Everything is fine. I’m fine). There was a line of hungry renters behind me who were slobbering all over that basement studio, but I passed on it for what I thought were obvious reasons, and then I quickly learned that was a huge mistake.

One old studio was a knockdown. Literally, the homeowners told me their plan was to knock it down. The ad for the knockdown was posted on the internet for 28 minutes. When I called – without spending any time looking through the photos, no time for that – the voicemail had already been changed: “If you’re calling about the apartment, leave a message, and I’ll get back to you as soon as I can.”

The man called me back about 20 minutes later, told me he “added me to the list,” and that he’d get back to me as soon as he could. I never heard back from him.

Another house I inquired about was asking for bribes. Whoever could pay in advance for the most number of months won the house. I could not, so I did not win the house.

There was one house in Aztec that looked promising and in my price range, but it didn’t allow dogs. Absolutely not. Not even a small, well-behaved one. Don’t even ask.

The following weeks, I looked at converted garages, shower-less apartments and houses that came with unmentioned, but seemingly fine, roommates. Single rooms in college houses were going for $1,200, and one-bedroom homes were going for $2,000-$3,000. Most, if not all, houses excitedly boasted that they were “fully furnished!” and that also the lease would end in April. It was always at the end of April or May, because that is when tourists come back to vacation in their sometimes-homes and sit on the furniture that could not be moved.

They’d say all this to my face.

So, I started to ask them to knock off $100 so I could store my stuff in a storage unit. They all said no, and we all had a standoff about it, staring at each other in our faces, and I remained houseless.

I never wanted to be the one to bitch about housing, because it’s a dead horse, and we all keep beating it by complaining. We shrug our shoulders and say things like, “That’s just how things are.” Then we keep scraping for pennies and asking our friends if they know of places to live.

One friend told me about a studio about 20 miles outside of town that his girlfriend was renting out for $1,000, and when I asked him why she was charging so much for a place so far out of town, he responded, because she could. Because that is where “the market is at,” and the market doesn’t care that Durango is my home and has been for a long time. And the market doesn’t care that I’d like to continue living here.

So, until we get real, I’ll keep checking Craigslist, Facebook and Zillow every day. Or maybe I’ll knock on doors and make cold calls to random 970 phone numbers asking if someone knows of a place where this gritty local curmudgeon can live. Even if it’s a shower-less, twin-bed space underneath a spiral staircase.