Housing in Durango: A poop sandwich 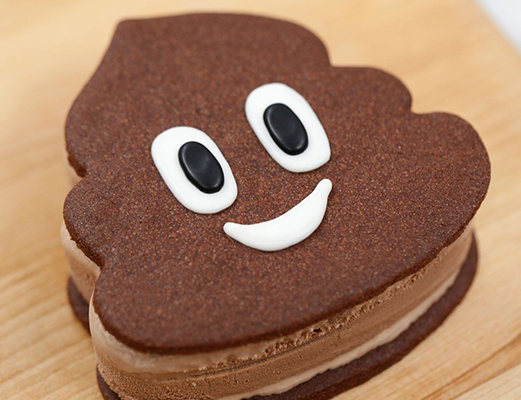 I’m going to use an old outdoor education exercise for this article: the poop sandwich. For those of you unfamiliar with the concept, let me explain. Basically at the end of an outdoor experience you debrief and state a high experience, a low and another high. Now that I explain it, it doesn’t really make sense, but I’ve also been out of that world for a long time. The last time I guided a trip, George W. Bush was president.

Anywho, I thought the poop sandwich would be good because I want to write about my experiences with housing in Durango. As we all know, Durango suffers the woes of many beautiful mountain towns: it’s expensive AF to rent or buy here. And the rent can be so expensive it keeps many of us from saving to buy.

All in all, I have mainly positive experiences here – except for the last year – but we’ll get to the poop here in a minute. I am a self-proclaimed dirtbag, and when I moved to Durango in the midst of the recession circa 2010, I’d just lost the only full-time professional job I’ve ever had. To many that would be a low point, but I was determined to make it high. You see, when a climber has free time and limited funds, it’s really not that bad of a thing. Especially when you’re young, you’ve already got the gear, and all that really matters is the climb and friends.

Back then, I was still in love with big walls: the Black Canyon, Yosemite, Zion. When these places capture your imagination, nothing else matters. Well, until you need a place to lay your weary head. And by the time I moved to Durango, I was in my 30s and knew I didn’t want to sleep every night on the ground or in my car (which was a graffitied up red, white and blue ’88 Mazda compact called the Freedom Mobile). So, I decided I would be a house sitter.

Before I ever wrote for the Telegraph, they were kind enough to let me have some ad space. While I was on a month long climbing trip, I ran an ad saying I was a responsible writer looking for a creative living situation. In Joshua Tree, Calif., over the phone I sealed a deal to house sit a comfortable home in Durango West while the owners were in Mexico. That first winter, I was somewhat lonely, being new to town, but I wrote ferociously while I did my domestic duties for the house my friends called the Dirtbag Mansion.

I kept up with the house – and animal – sitting for a couple years ‘til I found reliable work. Oh, the stories I could tell: learning to milk a goat (while also being on a first date), chasing escaped pigs (and sheep), sometimes trading my services for cannabis, and feeding a rabbit its daily lettuce. Eventually, I grew tired of moving every month and settled into renting, and then eventually when I met my girlfriend, got out of the roommate game and settled into domestic bliss.

Until ... that’s right people: the poop. But the poop was a tree.

We had rented a modest half of a duplex, nothing special, but the location was perfect, right by my favorite bouldering and running area, Sailing Hawks.

The first year in this place went fine, and the rent was affordable (for Durango) so we renewed for another year. Then things got interesting. It all started with a door. The screen door for the side of the house wasn’t working properly so we informed the landlords. (Side note: isn’t landlord a weird word? I mean we don’t use lord for anything else – except God. you don’t get a car loan then call that entity

your car-lord.) The landlords simply took the door off its hinges and laid it next to the side of the house, where it sat all winter and rotted away, which seemed like a halfhearted (at best) way to deal with the problem.

Then there was the tree. A giant elm that towered above not only our little house but our neighbors. One spring day during a windstorm, a huge branch came crashing down, just 20 feet away from me and would have easily killed me had I been under it. We had already expressed concern the previous spring that the tree might need to be trimmed, but the landlords informed us that it had been trimmed four years ago and was fine. I trusted them in their opinion, but the word “widow-maker” stuck in my mind.

Then last February, we came home after a long weekend to find the elm had once again shedded some limbs after a storm. Two large limbs had crashed down on the house, with other large ones around it. Our hearts sunk as we hoped we’d actually be able to stay at our house that night. Sure enough, we got lucky, the limbs didn’t take out any windows. The neighbors told us we were lucky we were out of town as a limb landed right where our cars are usually parked.

The landlords refused to acknowledge that the tree needed trimming and weren’t emphatic about the fact that we didn’t feel safe in our own house. That’s when I lost my temper, told them I’d sue them if anything ever happened to us and began to make all my correspondence in the form of writing that I could document in case things got ugly.

Weeks later, I watched a limb fall off the tree right on the front porch of our neighbor’s house, and again it was the size that could have killed a person. Finally, the City got involved and wrote them a citation saying the tree needed to be maintained. But they never got it trimmed, and every time it got windy, I got nervous.

All of that mentioned, I did say I was going to end this on a happy note. We moved out of that unit this summer. We tried to buy a place, but that fell through, and then we ended up with a fabulous rental, from a friend, who is such a kind landlord she brought us house-warming gifts when we moved in. Now, that’s the kind of lord you want!

Luke Mehall is the publisher of The Climbing Zine, and has written five books, including The Desert, a dirtbag climbing book.