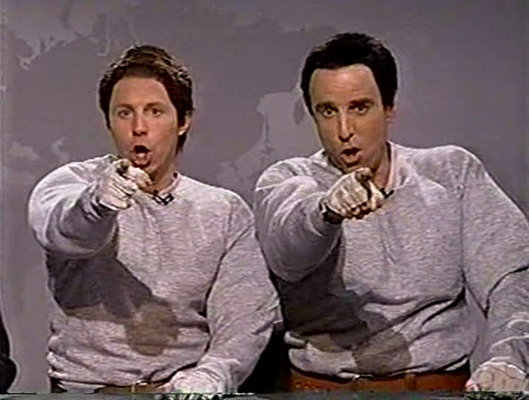 Some people impulse buy tennis shoes, or candy, or Shaquille O’Neal bobbleheads. I don’t pretend to understand the complex psychological phenomena that underlie impulse purchasing, except to know that I don’t experience any of them. I get to rest easy knowing that my purchases are all well-reasoned investments. Like this bat house.

Frankly, I knew nothing about bats before one of my social media accounts suggested I acquire this bat house. My bat-ignorance is due to the fact that Batman has really nothing to do with bats, except for putting Bat-in front of every Bat-thing he owns. Other superheroes have schticks for their names. Wonder Woman is, in fact a woman, and Iron Man has all the superpowers of iron, probably. Aqua Man sounds like Old Spice started making toothpaste. And Spider-Man got bitten by a radioactive spider, which never would have happened if he’d had himself a bat house.

You see, bats eat insects like Batman eats common criminals. (Hey, look! His name DOES make sense.) Hundreds of them every night. And no, radioactive spiders aren’t insects, Carol, but I guarantee that bats aren’t counting legs or abdominal segments before hoovering up anything that might bite you in your sleep.

But you know what bats don’t eat? Bees. Good thing, too. Otherwise, I’d be wasting my time with this beehive I haven’t set up because I don’t technically have it yet. But I’ve said for years, I say, “Zach, you are going to keep bees the moment your living situation is more stable than a reality-TV bromance.”

I couldn’t have my eventual bats eating my eventual bees. Bees are even cooler than bats, even though they don’t eat spiders. But they do eat glorified, delicious sugar, which they make by regurgitating nectar from their special honey stomach. Entire peaceful philosophies center themselves around bees and the gentle art of beekeeping. They (the bees) (but probably also the philosophies) are the key to human life on this planet. Without bees, we would have no almonds, and we would have nothing in our bonnets when we are obsessively agitated over something like getting a new beehive. Plus, bees have proboscises, which is the plural of proboscis, and that’s how I learn something every single time I write.

I may not have bees yet, but I do have bee books, because taking up a new lifelong passion is the greatest excuse to buy new books. I’ll even read them someday. First, I have to finish reading this other book about natural movement.

It’s called, fittingly enough, The Practice of Natural Movement. I met a genuinely cool couple recently. They dance tango, but I do NOT have room for another tangent. One half of the couple practices natural movement, and the other half does not. I decided that the one crawling across the room and jumping through crosswalks was the one I wanted to emulate. I asked him how I could be like him, and he pointed me toward this book, so I bought it right away. Another well-reasoned investment.

The whole idea, in my nuanced reading of the dust jacket, is that human beings actually know intrinsically how to be supremely fit without ever going to the gym a day in their lives.

I was sold right there. There’s more to life than “pumping iron” and “getting swol,” and nothing symbolizes modern life quite so well as running on a treadmill for an hour and getting no farther away from the television screen stuck on conservative news or, worse, hot sports takes. I could get swol AND save money on gym memberships.

You ready for this radical assessment? Everything we do as kids is exactly how humans are meant to move. Our ancestors didn’t sit in chairs all day. They climbed trees and dug roots and chased smaller ancestors around the neighborhood. They rolled over grass and they crossed streams on felled logs and they picked their noses.

Those are our natural movements. Only now, so-called “civilization” has gotten us away from our inner wildness. We’re supposed to sit still and be quiet until we’re 65, by which point we’ve forgotten how to move at all.

We fool ourselves into staying fit by doing bench presses and yoga and bicep curls. Those manufactured, repetitive movements are good for only one thing: getting you cast in a superhero movie.

Who needs another Batman, when a bat house is mere clicks away?