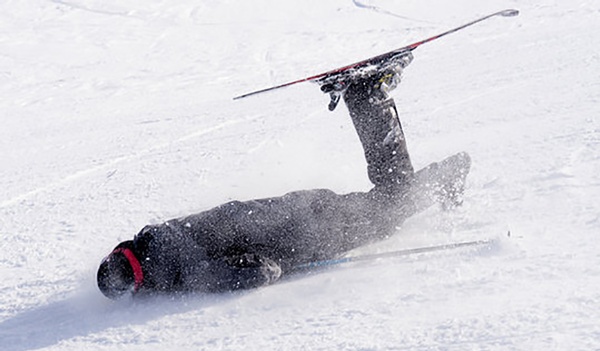 I am a very average outdoorsperson.

That means I go for the occasional hike, do at least one winter sport (poorly) and have a stupidly overpriced mountain bike that I finally paid off sitting in my garage, judging me for how little it gets used.

By Durango standards, however, this is tragically subpar.

Durango is a town that salivates over extreme sports the way moviegoers lose their minds for the next Marvel installment – it doesn’t matter what it is as long as it’s intense, ridiculously expensive and someone might die in the middle of it. Just look at the Hardrock Hundred Mile Endurance Run. What human can run a hundred miles and gain 33,000 feet of elevation without going into cardiac arrest? And what about the Iron Horse Bicycle Classic? Who’s the weirdo that decided they wanted to “race’ the train to Silverton on their bike? You truly can’t participate in the outdoors here without someone else bumping it up to level 11.

As a personal example, let’s examine my first sunrise hike. I’d been living in Durango for a whole year and made friends with a few climbers and raft guides, so I thought I was becoming pretty cool by osmosis. On a summer morning, I decided it would be very badass-granola-girl of me to watch the sun come up from the top of Smelter (a trail that’s always longer and steeper than you remember it being), so I laced up my potato-ey hiking boots and hit the dirt.

Just as I was basking in the glow of the sunlight and my own awesomeness, I turned to my left and saw someone else had already beaten me to the top. They stood at the edge, admiring the view. Then they jumped off.

I learned two important things that day. Number one: Smelter is the perfect spot for paragliding. And number two: no matter how cool you think you are, in this town, there will always be someone cooler than you. And it’s not just the adults you’re competing with.

I can count on at least one hand the number of times I’ve almost been mowed down by a Devo kid, riding a bike they’ll outgrow in six months that costs more than my mortgage payment. A coworker’s 6-year-old daughter has to be pushed to the ground when they go skiing because it’s the only way to get her to stop. She’d point her tips straight down the entire mountain if you let her because she lacks all fear (and apparently bones, too). Meanwhile, you’ll probably be able to catch me at Purgatory this season, laying in defeat on the Yellow Brick Road, wondering if my health insurance plan covers emotional damage caused by inferiority complexes.

The youth here grow up on a diet of fresh pow pow and sick kickers. In fact, I’m convinced that every single kid born in Durango rockets out of the womb on some extreme sports apparatus, using their newborn baby hands to flash their totally yoked parents a “hang loose” sign. Dad probably says something like “respect the send, son,” while mom chomps down a protein bar so that the moment they’re discharged from the hospital, they can all go for their first family shred. They’ll track the whole thing on Strava. For posterity, of course, not the humblebrag.

Aside from the fact that Durango athletes seem to have a near-superhuman lung capacity and the resting heart rate of a hibernating bear, they have another very important leg up on most of us normies when it comes to taking on the outdoors – disposable income.

If you weren’t indoctrinated into The Outdoors™ since your conception, you’re probably aware that a significant barrier to entry for most people is money. Sports are expensive. That’s why, for the longest time, I only did things that could be accomplished with a pair of six-year-old spud-shaped boots and my own two feet. But even after you get the skis and the boots and the poles and the helmet and the $550 season pass (you see how this is adding up for just one sport, right?), that won’t be good enough for some people. In Durango, the price tag attached to the gear you own is almost as important as the sick footy you get while using it.

I once had a health coach who visibly grimaced when I told her I’d bought my first mountain bike for $1,500. Yes, the same stupidly overpriced bike mentioned earlier. A huge purchase for me! Her response? You really should have invested in a full-suspension bike. Obviously, I’m not still bitter about this.

In my opinion, the world needs more average outdoorspeople.

We need people who are going to go over the handlebars of their bike, catch an edge with their snowboard and eat shit the first time they try trail running. Why? Partially because it makes for really funny videos on Instagram, but mostly because we to remember it’s OK to be bad at the things we enjoy.

So do the sport. Ride your “cheap” hardtail. Hike in your off-brand boots. Take the green runs down. And try not to feel too bad when some 7-year-old shows you up at all three.