Jaded and afraid
Meet Betty and Barney, two recent college grads hoping to start a life in the remote mountains of Fandango, Colo. 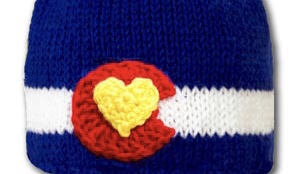 Meet Betty and Barney, two recent college grads hoping to start a life in the remote mountains of Fandango, Colo. Betty is a bio-chem major while Barney graduated with a degree in outdoor ed. With former stints as servers, baristas, life guards and lifties, they are uniquely qualified to face the challenges of life in this remote corner of the state. In addition to dangerous yellow-plated drivers, they will need to survive treacherously low bank accounts, absurd housing prices, incredibly highed-up tourists and a dizzying array of extracurricular activities that will distract them from their adulting duties. Wearing nothing but the fleece on their backs, their trusty husky-mix Buddy, a 1990 Toyota truck and their mountain bikes, they are entering into the unknown. A world where they will have to get by on their ability to share a bathroom with several roommates, work a triad of jobs and still manage to ski on powder days. They are (cue booming announcer voice): Jaded and Afraid.

Betty and Barney arrive with high hopes after a white knuckler over Red Hair Pass. After living out of their truck in the Dollar-Mart parking lot for several days, they get a lead on a rental: a converted chicken coop in an alleyway on the southside. Unfortunately, after finding out the landlord doesn’t take dogs – nor do any others – they are forced to set up camp on some forested land on the outskirts of town (formerly the town dump) known as Mattress Springs.

After putting up their four-season Big Agnes next to an old Norge, the crew is quite thirsty. The only available water source is a suspicious looking orange creek filled with old tires, so they hoof it to the nearest brewery where low and behold, it’s happy hour. They fill up on cheap microbrew, pretzels and steal a few rolls of toilet paper from the bathroom for later use.

While Buddy, the dog, has been quite resourceful at feeding himself on random deer legs and the kindness of strangers, the other two, not so much. After an unfortunate encounter with some wild jimson weed they mistook for wild asparagus, they are forced to make a decision between eating and starvation. Barney ambushes a group of mountain bikers, picking off the slow kid in the back. He ransacks his Camelbak for a Clif bar and a few packets of GU. Unfortunately, the GU is salted watermelon, which makes him gag a little.

Betty finds a job putting her biology degree to use diving for pearls. Although it doesn’t come close to paying her Pell grants, it does include a free meal, uniform and ski pass.

With winter setting in, life in the tent is growing increasingly cold and miserable. Using Buddy’s sheddings and some trickery learned from Outward Bound, the couple crochets matching his-and-hers fur sweaters and hats to help take the chill off.

Barney has become quite adept at trail pirating, today scoring 12 margarita shot blocks, a half-used packet of Espresso Love and a baggie of schwag weed. Nevertheless, the situation is growing dire as he knows one can only live on caffeine, shake and electrolytes for so long. Plus, mountain biking season is soon coming to an end.

During a trip to the local coffee shop to charge his phone and lap top, Barney finds the dog-hair hats are a big hit. Be begins cranking out more to sell, fashioned with the Colorado logo, turning a tidy profit.

With Betty’s first paycheck, the couple celebrates with a night out on the town. They hit up the local Taco Night for all-you-can-eat chips and then head to the supermarket to scavenge the dumpster for day-old doughnuts. They narrowly escape death after a harrowing run-in with a bear also looking for a late-night snack.

With the hat business booming and Barney about to make a foray into furkinis, Buddy has gone missing. Turns out, he ran off and was taken in by a nice family that can afford dog food, a bed and heat.

Growing increasingly desperate for income, Barney takes a job as towel boy at a nearby luxury resort, where incidentally, he is able to scam an occasional shower and help himself to expensive toiletries.

Narrowing in on extraction day, things are looking up until the Toyota runs out of gas. The couple pools their entire life savings – $32 – to fill the tank, which should be enough to get them to the mountain at least two or three times in four-wheel drive.

With morale at an all-time low, Betty and Barney get a message from a friend up north, where La Nin?a is expected to pummel the mountains this winter. Better yet, he has a closet in his house he is renting for $800 a month. They both say screw it. Using the proceeds from selling vegan brownies made from the schwag weed along the way, they point the Toyota north.

Will the couple find greener pastures and beaucoup pow? Will Betty ever move up to front of house? Will Barney win the promotion to lead towel boy? Will Buddy land that lucrative dog modeling contract with Zuke’s?

To find out, tune in again for the next episode of Fandango: Jaded and Afraid.