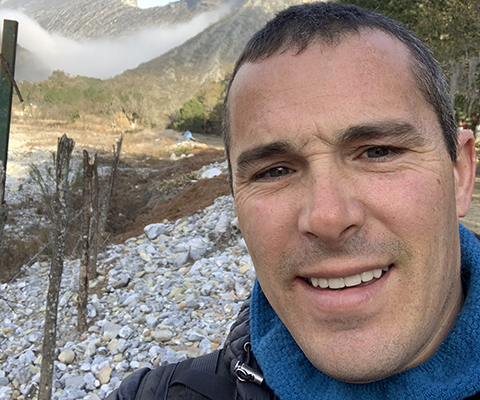 I would never lie to you, dear reader, but I might try some satire now and again. That’s exactly what I was doing for my column last month when I wrote about smoking cannabis with our former Gov. John Hickenlooper. For anyone who is out there wondering if I did in fact blaze up with Hick, no, I didn’t actually do it. I made it up, and did my best to leave clues that what I was writing was satire.

I do hope Hick read the piece, as I did tag him on social media. I saw on the New York Times website that he’s most likely running for president, and from his tweets he’s touting his record as a successful governor in a “purple state,” back when we were actually a purple state. From the looks of the most recent election, we’ve gone blue. Let’s hope it stays that way. There’s no hope for the future of our country with the current Republican Party. Hope for the future will come in the form of equality, renewable energy, public lands and access for all to health care, amongst a million other things that need to happen to save the soul of America.

As a writer in a democracy, I believe it is my duty to criticize from time to time. I focus most of my writing efforts in prose and poetry, but I have to dabble in political writing. And these days using satire seems like it’s the most effective way. I hope Hick knows we remember how he governed, and if you’re reading Hick, give me a shout, maybe we can actually sit down and talk politics over a beer sometime. (I’m pretty sure Hick doesn’t partake in the herb, and if he did, he seems like the kind of guy who would say he didn’t inhale like ol’ Big Pimpin Bill Clinton.)

I’m writing this La Vida from a small town in Mexico, outside the famous El Potrero Chico climbing area. Twelve years ago, I made a trip down here with my buddy Mark, it was his first time in Mexico and he didn’t speak a word of Spanish. Flash forward a few years, and Mark became a guide here and fell in love with Norma, a woman from the nearby city of Monterrey. Today, they are married and have an adorable 5-year-old daughter named Isabella. He’s now fluent in Spanish, and he’s my guide for navigating Mexico these days.

This trip was supposed to be a climbing trip, but on day one I tweaked my wrist and also got a rash I think is poison ivy, so it’s turned into more of a taco-eating trip. I had a moment of despair – not climbing on a climbing trip is heartbreaking – but everything in Mexico is an adventure, so at least I’m not bored.

Currently as I write, I’m sitting on Mark’s couch in his little concrete house in Hidalgo that he pays $75 a month rent for, while listening to the audio of Mexico: mariachi music, roosters a roostin,’ and birds a chirpin.’ Mark’s out working, guiding a client up the jungle-like limestone walls of Potrero Chico, while here I sit pecking away at my keyboard. Last night as we were going to bed, I felt the house vibrate for a half an hour as a neighbor blasted his music from his car stereo as loud as could be, and I longed for the quietness of home. Sometimes I feel as if I’m always longing for home, or longing for here, or somewhere else. I guess the desert is my true home, the land of red rocks. Or maybe it’s just nature that is the true home.

This is my eighth trip to Mexico, and I’ve yet to learn Spanish. I yearn to, but I’ve never taken the time. I know I would need to live in a Spanish-speaking country for a long period of time and just get thrown into it; I’m a slow learner. As the years go by, I wonder if I ever will learn it and wish I would have done it when I was younger. Stability and home become more and more important as the years go by, and I’m 40 now.

“It’s like the 1920s here for a woman,” my friend Pato tells me. She’s an architect and tells me it’s difficult for men to take her seriously. They question why she is in meetings. It’s very much a macho culture, she tells me.

I see that reflected when some of my Mexican friends talk about women. There are other things too, like the use of the words “gay” and “pussy” in a negative tone; words that we are not using anymore because it is disrespectful. America has to continue to lead the way in equality, because if we do not, who will? We are leaders.

There are positive things here, too. New friends politely introduce themselves and make us feel like we are absolutely welcome in their home country. No one holds against us what our racist president is doing on the border. Climbers are climbers, though, and we have a unity that only knows mountains and cliffs, not borders. We share food and drink and cheers often. Even if we only see each other every few years, or just once in a lifetime, there is a certain bond, a connection.

Here in Mexico, there is a heaviness of a country essentially controlled by cartels, but there is a levity that nature, humanity and beauty provide. Durango has a heaviness as well, with our own problems and tragedies, and our own lightness, our own unique juxtaposition of mountains and desert that at times feels heavenly. All of these moments are a gift, and our only job is to live in these moments, for as lo