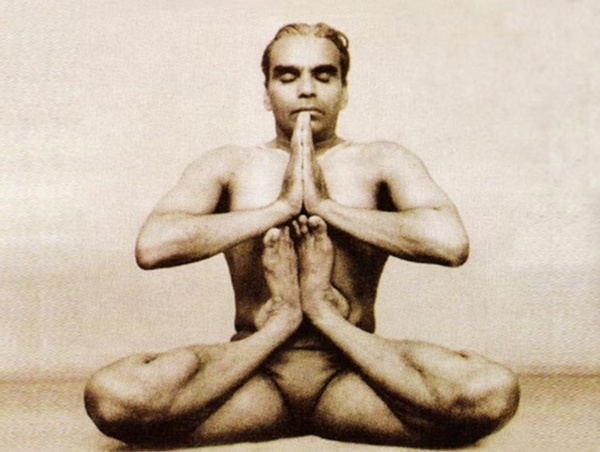 Yoga is the closest thing I have to a religion, which is probably why I’ve rarely written about it. I’m a firm believer in keeping one’s religious beliefs to oneself, but I’ve been writing in this column once a month for the last five years or so, and I’m running out of comfortable subjects to write about. So, what the hell, why not compose some prose about poses?

Sometimes when I arrive to yoga, I wonder if I’m the only person in the class who just five minutes ago was blasting hip-hop at full volume in my car, jumping up and down in my seat, rapping along with Kendrick Lamar? Be humble, bitch, be humble. Sit down. Be humble. Actually that kind of sounds like a good mantra.

My chosen form of yoga is the Iyengar style, in the tradition of the great guru BKS Iyengar. I discovered yoga when I was in my younger twenties through a class at college in Gunnison. I’d just gotten through the roughest patch of my life, suffering a great depression that nearly brought me to ending my life. I was doing better by then, but fears and depression live in our bodies, and it was time to look inward and deal with my insecurities. Yoga was the perfect remedy.

My teacher, Brenda Flemming was a yoga enthusiast to say the least. She had studied with Iyengar in India several times and told us stories of the healing powers and the great discipline that her teacher had for yoga. She taught yoga classes with a spirit I’d only seen in Southern churches in movies, combined with the artistic vision of an enthusiastic dance teacher. I was a quick convert.

The main reason that yoga stuck with me right away, though, was not just its healing powers it or the deep intellectual philosophies that accompany it, but that it helped my rock climbing.

Reflecting on this time period, it’s almost as if the American mind needs to be tricked into appreciating yoga. So much of our culture is the exact opposite. Maybe that’s why yoga pants exist, just to trick us heterosexual guys into going to yoga. (Iyengar would probably smack me in the head for writing that.)

Discovering yoga in Gunnison in the early 2000s was devoid of all the bullshit that seems to surround capitalistic yoga. Brenda taught us that yoga was thousands and thousands of years old and the oldest known guru was Patanjali. She taught us that the practice of poses (asana) was only one-eighth of what yoga actually is. We were assigned Iyengar’s The Tree of Yoga and Light on Yoga. I referenced the latter book so much it now stands on my bookshelf with a duct-taped spine.

Iyengar passed away in 2014 at the age of 95. I never studied with him personally, but one time we’d driven to the Denver airport to greet his arrival into the country. At 80-some-years-old, he had an incredible vibrant essence and a huge smile; I guess as they say, the proof is in the pudding.

When I announced that I was moving to Durango all of my Iyengar yoga friends told me I had to study with Kathy Curran. Besides checking out the local climbing areas, it was one of the first things I did upon arrival. Before I moved here, I took a month long climbing trip and my neck was bound in a tightness I’d never felt before.

The very first pose I ever did in Kathy’s class was a neck release that perfectly addressed the discomfort I was feeling. I’ve been studying with her ever since.

Luckily, I don’t suffer from severe depression anymore, haven’t for a long time, thank God (and yoga). Something I have noticed though is I still suffer from the fluctuations of the mind. Smart phones and computers haven’t helped with this; in fact they’ve made it worse. I often find my monkey brain wandering, and yoga and meditation are the only ways to bring it back. I’m sure if Iyengar were alive today, he would have strong words for social media and our addictions to it. And I’m sure he’d have the perfect remedies in the form of asana and pranayama.

I’ve never wandered completely from yoga and its philosophies, but over the years, I’ve felt like a religious person who only goes to church or mosque rarely. I know that truly yoga begins off the mat and in the world, but I really feel the magic and healing powers of yoga when I go to class. At this point, my body needs asana, and I don’t feel right without it. Two decades of climbing have made me stiff in ways that only a two-by-four could understand.

Lately, I’ve been going more. My girlfriend Amber is a yoga teacher, and since we’ve been together for the last year, she’s helped me renew my interest and discipline for yoga. As a nurse who has volunteered in Haiti, she truly embodies the essence of karma yoga. Plus, it’s easy to go to yoga when your girlfriend is the teacher.

As a prose writer who always wants more space, I’m bad at wrapping things up. All I can say is, right now, the world needs this more than ever – we need anything that encourages us to love, to breathe, to be in the moment, away from our phones. To sit down and be humble.

Luke Mehall is the author of the memoir, American Climber and the publisher of The Climbing Zine.