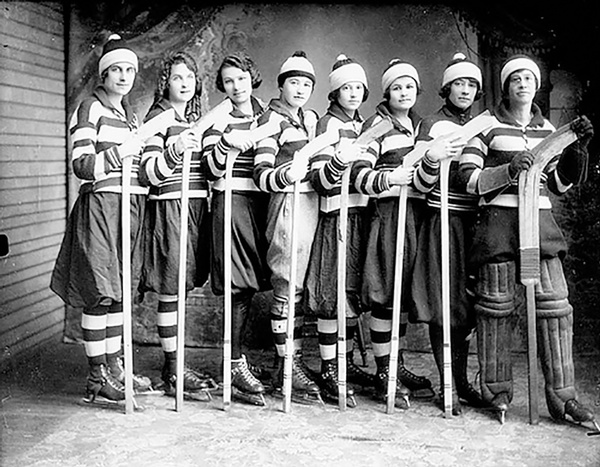 Throughout my college career, my posse of friends and I were mistaken for a softball team so often that it became a running joke. I say “joke” not because softball players are particularly funny, but because the only games we ever partook in usually involved a keg and some quarters. Maybe the case of mistaken identity stemmed from the fact that we traveled in a pack, or the ever-present baseball hats gave us a “sporty” look. But sad truth be told, the only team I could lay claim to being a member of (albeit a top star) was the drinking team.

However, some would argue that looking the part of an athlete is half the battle. The other half we accomplished by referring to each other as “coach,” which eventually became a term of endearment that remains to this day.

Now this isn’t to say I didn’t dabble in organized sports at a younger age – soccer, tennis, basketball, volleyball, golf (don’t judge me) and yes, even softball. It’s just that as I got older, the traits required for such sports – you know, stamina, motivation, dedication, getting out of bed – waned in favor of less regimented, more sedentary pursuits.

It wasn’t until my 30s that I revisited my lost glory days of organized sports and picked up a hockey stick for the first time in a long time – at least since they started wearing helmets and my beloved North Stars moved to Dallas (I still cry into my pillow sometimes). Needless to say, it was love at first slash. For starters, did you know sticks are now made of fancy carbon fiber instead of 2-by-4s? And while I wondered how it would hold up when I clobbered my opponents’ shins with it, honestly, it really served as more of a third leg to keep me from becoming the human ice Swiffer.

Eventually, though, I graduated from tri-podding and mastered the fine art of hockey stops, backwards crossovers and covert tripping. (Remember: it’s not a penalty if no one sees it.) Before long, I could hold my own (which basically meant not getting run over) at the Thursday afternoon drop-in. Off the ice, I could crack a dirty locker room joke, chirp like a surly trucker and shot-gun a cheap parking lot beverage with the best of them. And to atone for my sins, I did much penance in the box of shame, suffered numerous pucks to various appendages (including the now-legendary “immaculate deflection”) and dislocated my shoulder. Twice.

Which begs the question: Why? Especially at my age (let’s put it this way: Miracle on ice? I saw it. Live.)

But therein lies the beauty of ice hockey, which is way more deserving of the
moniker “the beautiful game” than futbol. OK, maybe the hockey players them-
selves are not so pretty, but beauty is in the black eye of the beholder.

Alas, I digress. Believe it or not, hockey is a sport you can take with you into your golden years. Heck, I know players in their 70s and even 80s who still get out there and dice it up. You know what they say: if you can bend over to tie your own skates, you can play. (Actually, I’m pretty sure no one ever said this, but it’s pretty good, so go with it.)

That right there is proof that hockey keeps you young. There is always something new to learn: a new fake; a new strategy; a new creative cuss word for your rivals. The same rivals, I might add, that you shake hands with after every game. And then there’s that smell – a mix of sweaty socks, dirty urinal, Fritos and Dr. J’s odor-eaters. But to a hockey player, it’s the smell of victory (and sometimes a really good defensive strategy. Or should I say offensive?)

Which brings me back to this whole “coach” business. As a wise old woman of the ice (and because there were no other volunteers, and I can skate forward and backward) I was tapped to help coach my daughters’ U15 girls team. I say “help” because I am not the head coach – that, fortunately, is someone whose slapshot puts the fear of god into people and who actually got paid to play at one time. Instead, I am the one herding pucks, shlepping the heavy, awkward black barrier things from behind the bench, fetching water and imploring the girls that this is one time when it’s OK to be a “mean girl.” And yes, occasionally when I catch an edge and go sliding head first into the boards (something a head coach would never do), I do put the “ass” in “assistant coach.”

And lest you doubt, I have the credentials to prove it. Two of them actually, since I mistakenly took the online coaching modules for the wrong age group and had to retake them. (Can you blame me? The whole midget, mite, peewee, bantam, squirt business is ridiculous. Who makes these things up? The McKenzie brothers?)

OK, so it was 10 hours of my life I’ll never get back. But it’s all worth it to know I am officially Coach Missy (emphasis on long “oooo.”) And I can make my friends call me that without a hint of irony. So even though many of these girls that I’m coaching can skate circles around me, and the eye-rolling from my daughter would make a Zamboni driver dizzy, I’ll take it. Plus, I always reserve the right to order up a few Michigan miles to help keep things “respectful.”

Because Herb Brooks, Mike Ditka and Pat Summit didn’t get as far as they did by being soft. (Although, there’s always a time and place for Miley Cyrus and T. Swift, impromptu “cele” competitions or a game of zombie brain-eater, a team favorite.)

And, if I do my job right, these girls, too, will be taking this game into their 60s, 70s and beyond. Of course, I’ll be long gone by then, and real ice might be, too.

But hopefully, their love of the game will always remain.