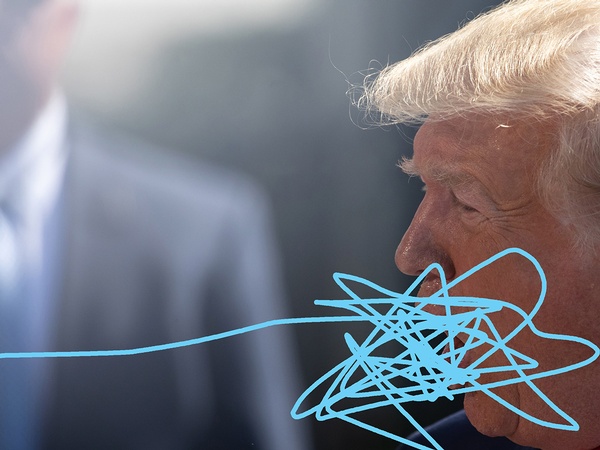 Usually I can see how harsh reality is gilded with a precious layer of the absurd, but what happened Jan. 6 in our nation’s capitol has left me uneasy: five dead and a mob of terrorists still loose, still threatening more violence.

Back in 2016, before the shadow of a Trump presidency dimmed the critical thinking of nearly half our voting population, Trump couldn’t resist boasting: “They say I have the most loyal people – did you ever see that? Where I could stand in the middle of 5th Avenue and shoot somebody, and I wouldn’t lose any voters. It’s like incredible.”

Maybe he was just saying the idea out loud to explore its impact, repeating perhaps a few bytes of social media hype to test how it charged his audience. His followers surely believed he was praising them, but if you reread what he said more carefully, his boast already disclosed his obsession, not with loyalty to his followers but with his own power to manipulate their votes. He wouldn’t actually shoot somebody, would he? Except for his rhetoric, he’s not a killer? Except for his rhetoric.

Words have a trajectory. Whatever is said has a target, intended or not, and repetition magnifies velocity. The late John Lennon once playfully remarked during a 1966 interview that the Beatles were more popular than Jesus. The British public chuckled at the comparison, because rock music had topped the charts with unprecedented popularity. Rock was on a roll.

But when Lennon’s words appeared in the American media, a bevy of Christians – especially in the South – took issue. Radio stations refused to play the Beatles’ music. Bonfires incinerated the Beatles in effigy, their albums and their photos. These people felt the Blasphemous Four needed to be taught a lesson in humility.

Lennon offered an apology and tried to clarify what he’d meant, but it’s nearly impossible to take your words back once you’ve uttered them: “If I had said television is more popular than Jesus, I might have got away with it, but I just happened to be talking to a friend and I used the word ‘Beatles’... I said it in that way which is the wrong way.”

Trump is hardly equivalent to the Beatles. He rejects the notion of accepting responsibility for anything gone wrong, making public apologies or even acknowledging the collateral damage his rhetoric inflicts. In his mind, it’s all a sign of weakness. His career has been based on incendiary speech. While campaigning for president in 2016 all the way to leaving office in 2021, he has spawned a hatch of over 74 million misdirected irritations. Many of them are still itching for a fight. Some still think a second, or third, or even fourth assault on America might be the charm, and his non-nuanced mob-triggered chants, posters and T-shirts hit like bullets with point blank accuracy.

According to the online Free dictionary, to “shoot (one’s) mouth off” is to speak without discretion; to speak too loudly or freely, especially about sensitive topics or information.

It would be perverse to suggest that Trump is the only person in America with this problem. But as president, elevated to the nation’s highest office, his language possesses the range of artillery. He has the power to choose his words and to soothe the beast he created. Instead, he settles for inciting sedition against our Constitution and our democratic principles of law. His obsession with authority only works if he can stoke our nation’s fear, intensify its anger and further divide the country. What better strategy than pointing his scattergun at our nation’s Capitol and pulling the trigger.

Trump and his supporters defend themselves by kissing the flag and leaning on the Constitution’s first amendment, claiming free speech is their armor, their protection. While the Constitution protects citizens, prohibiting our government’s assault on what we say, it does not abide spreading conspiracies, threats and lies intended to mislead, intimidate or do harm. That’s not what free speech is about, that’s a strategy for tyranny.

Trial by fire is how we tragically learned that a man without a whit of political experience becomes an ineffective leader. Trump’s obvious lack of knowledge about how government works cannot be overstated. His primitive knowledge of the Constitution and disdain for what he has sworn an oath to uphold as president is a dismal reminder that we can no longer believe in a solemn promise to guarantee a peaceful transition of power.

Trump will have had a four-year education at public expense on what the Constitution actually says and how law actually works. If we do not constitutionally bar him from taking public office once more, we will perhaps render our democracy a deadly disservice. If Trump the private citizen ever sets his sights on the White House again, opening his mouth to decry how unfairly he’s been treated, let us pray his rhetoric goes unheeded and he only manages to shoot himself in the foot.